Best Cryptocurrencies in 2023: A Review of What’s Hot and What’s Not

Written and Published by Wilbert S on January 5, 2023 - Reviewed by Dumb Little Man 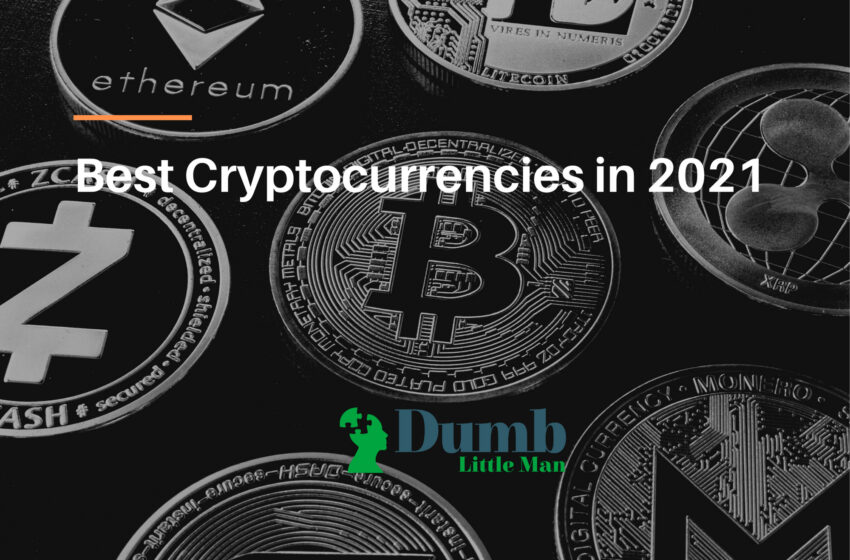 Want to jump straight to the answer? The best cryptocurrency brokers for traders are Coinbase and Gemini

Cryptocurrencies are designed to offer government manipulation and comparisons services with financial decisions and independent research. Whether you want to buy cryptocurrencies or do any cross-border transactions will offer exclusive future performance. Our editorial disclosure includes different crypto exchanges reviews and more with the best investment advice.

Not only is Bitcoin the first cryptocurrency, but it’s also the best known of the more than 5,000 cryptocurrencies in existence today. Financial media eagerly covers each new dramatic high and stomach-churning decline, making Bitcoin an inescapable part of the landscape. Let’s take a closer look at how Bitcoin works.

Every Bitcoin transaction ever been made exists on a public ledger accessible to everyone, making transactions hard to reverse and difficult to fake. That’s by design: Core to their decentralized nature, Bitcoins aren’t backed by the government or any issuing institution, and there’s nothing to guarantee their value besides the proof baked in the heart of the system.

Bitcoin is powered by open-source code known as the blockchain, which creates a shared public ledger of transactions organized into “blocks” that are “chained” together to prevent tampering. This technology creates a permanent record of each transaction, and it is at the heart of more than 10,000 cryptocurrencies that have followed in bitcoin’s wake.

Ethereum is often referred to as the second most popular cryptocurrency, after Bitcoin. Ethereum is intended to be much more than simply a medium of exchange or a store of value. Instead, Ethereum calls itself a decentralized computing network built on blockchain technology. Ethereum works based on a blockchain network.

A blockchain is a decentralized, distributed public ledger where all transactions are verified and recorded. The Ethereum network can also be used to store data and run decentralized applications. Rather than hosting software on a server owned and operated by Google or Amazon, where the one company controls the data, people can host applications on the Ethereum blockchain.

This gives users control over their data, and they have open use of the app as there’s no central authority managing everything. Besides being used as a digital currency, Ethereum can also process other types of financial transactions, execute smart contracts and store data for third-party applications.

Think of Polygon crypto as an express train. It is on the same track as all other trains but moves faster and makes fewer stops along the way. In this example, the track is Ethereum, where Polygon fulfills transactions quicker than other currencies.

The platform uses a POS or proof-of-stake consensus to secure the network and create a new currency. As for Coinbase, Polygon has a market cap of $9.1 billion, and there are 6.7 billion MATIC in circulating supply. Polygon only supports Ethereum as the base chain but plans on extending its support to other base chains, according to the community consensus and suggestions.

The network describes itself as a Layer 2 scaling solution. Its unique transaction fulfillment technology allows up to $65,536 transactions on each block. Meanwhile, Polygon’s side chains have been designed to support decentralized finance protocols of the Ethereum ecosystem.

SUSHI is a governance token that’s used on the SushiSwap decentralized exchange (DEX). One of the attractive features of SUSHI and other DEX tokens is that you can make them work for you. For example, investors can stake SUSHI — at writing, the APR is 3.46%, but it varies from day to day. Staking ties up your coins, and you get paid a percentage of the transaction fees in return.

SUSHI is not the only DEX token on the market, and it is hard to see which one (if any) will come out on top. Each DEX offers different features, different ways to earn interest, and different interest rates. That said, just as there are several centralized cryptocurrency exchanges, there’s no reason to think there’s only room for one DEX.

SushiSwap fees are more affordable than centralized exchanges like Coinbase. Specifically, SushiSwap users pay a 0.3% fee when they join a liquidity pool. There is also a small transaction fee only paid once when you approve a new token’s pool. The community governance mechanism employed by SushiSwap provides users with a chance to vote on all vital upgrades and protocol changes.

Cardano is an open-source and decentralized blockchain project created to facilitate peer-to-peer transactions. It has a layered architecture that facilitates smart contracts, enabling a platform that is both adaptive and scalable without compromising security. Cardano (ADA) is often referred to as a third-generation cryptocurrency.

It builds on what Bitcoin and Ethereum have done while aiming to be more sustainable and scalable. That means it’s much more environmentally friendly, faster, and more secure. Cardano hasn’t gotten much mainstream attention yet, and it’s considered one of the altcoins to watch. Cardano uses a different system, called proof of stake, to verify transactions.