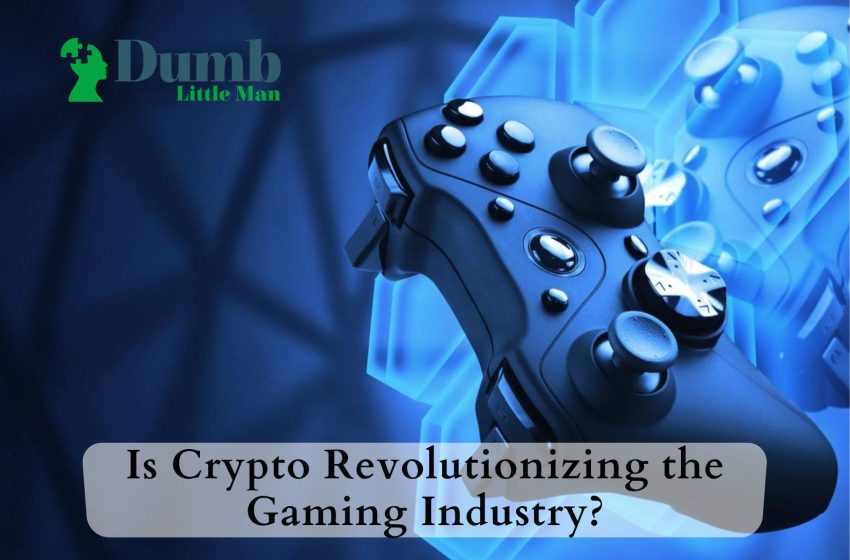 Blockchain gaming is one of the latest crazes when you look at the world of cryptocurrency. If you look at the number of people who are participating in GameFi then you will soon see that the numbers are rising rapidly and that players now have the chance to take on board any new opportunities while also being able to exercise their control over their gaming experience. It is now easier than ever for people to earn money while playing.

What Are Blockchain Games?

Blockchain has opened up new avenues for virtual economies, including gaming economies. It evolved as an alternative method of monetization in games. Traditional, centralized games. In these games, the developer has complete control over the distribution of all items, currency, and collectibles.

Things are different with blockchain gaming.

Blockchain games, as opposed to traditional games, are decentralized. Blockchain game assets are dispersed among players rather than being stored on a centralized server.

These assets have monetary value and are built on blockchain technology. Cryptocurrencies and non-fungible tokens are the two most prevalent blockchain aspects in these games (NFTs).

Many blockchain-based games are referred to as crypto-something, Bitcoin-something, and so on. This is because the chance of earning bitcoin is the key selling factor for these games. Cryptocurrencies are utilized for in-platform payments in blockchain games. Players in them hold in-game assets that may be exchanged for bitcoin and real-world money.

NFTs are a little more difficult to grasp.

A non-fungible token is a one-of-a-kind data unit that is stored on a blockchain. The term “non-fungible” refers to anything that is unique and cannot be replaced.

A Bitcoin and a dollar note, for example, are fungible.

You can swap a dollar for another dollar with someone and end up with something as worth. The scenario is different if you trade NFTs since their valuations change. NFTs may take several forms. For instance, digital photographs, music, cards, skins, and so forth. They denote any kind of digital asset ownership. NFTs may be earned or purchased in blockchain games. Once they accomplish this, they own the asset and it has its own in-game worth. Players obtain full ownership of these assets the minute they earn an NFT award.

NFT assets are valued not just in-game, but also in outside markets where they may be exchanged or sold.

The main reason why blockchain is so revolutionary right now is because it gives people the chance to earn money while they play. Studies have shown that nearly 50% of active wallets for crypto are actually all connected to decentralised applications, specifically designed for playing games. When you look at the percentage of wallets that are connected to DeFi DApps, you will see that this has dropped by over 45%. The concept of people playing games for money has been around  for quite some time however. A lot of casino sites have been giving people the chance to gamble and game online, with the chance of winning some money from it. That raises the question, why is crypto gaming so popular right now, when the concept of online gaming is nothing new?

CryptoKitties is a virtual pet platform and it launched in 2017. Dapper Labs created the game, and it was one of the first examples of a successful blockchain game. This NFT gaming craze stepped things up a notch when Axie Infinity came out. This is an NFT game and it is very similar to games such as Pokemon. You will have to pay hundreds to try and acquire mythical pets. You can also get love potions as well. It is said that games like this have been able to generate billions in sales and that they also have billions of users every month. Some even use the game as a way to generate a primary income for themselves.

When you look at the sector as a whole, you will soon see that mainstream gaming companies are also entering the world of blockchain. Bigger companies such as Ubisoft, EA Sports and even Zynga are now thinking about stepping foot into NFT gaming as it is a brilliant source of revenue when you look at global gaming as a whole. Fortune Business insights have pegged the industry as being worth more than $200 billion in 2020 alone, so it is not difficult to see how things might have grown since then. In December, the company behind games such as Assassin’s Creed released some NFTs called Digits. They did this within the game Ghost Recon Breakpoint. This made them the first major publishers to include this in an NFT title, and it also marks a major shift in the mainstream gaming sector. Blockchain is on the rise, and it is not at all difficult to see how things have changed for the better for those who actively partake in games such as this.

Getting Started With Crypto

There is no doubt that cryptocurrencies are here to stay. These digital currencies have become huge too. Besides, those who got into crypto early are now smiling all the way….

Automated trading strategies are very popular in volatile markets. Crypto is not any different. As you well know, price action in the crypto world can be very volatile…

Over the last decade or so, the growth of the cryptocurrency market has been quite remarkable. These days there are hundreds of crypto assets to buy.

We will look at 5 things you should know about the crypto market if you want to start investing in the stock market.

We will review 9 of the best cryptocurrency courses out there. Without wasting much time, here are some of the expert-recommended crypto trading courses.

how to trade crypto

We will give you all the details you need to trade crypto including how to get started, how to pick the best coins, and of course some of the places you can buy and sell digital currencies.

There are a lot of factors and components involved in trading forex. Forex brokers are an important and inevitable aspect of trading the currency market.

Buying and selling securities or commodities sometime in the future is known as future contracts. Those entities who deal in futures brokerage are known as future brokers.

Whether you are an active or passive investor, there is an options traders platform available for everyone. Many brokers are available with account minimums options available….

Best For No or Low Fees

Best For All Skill Level