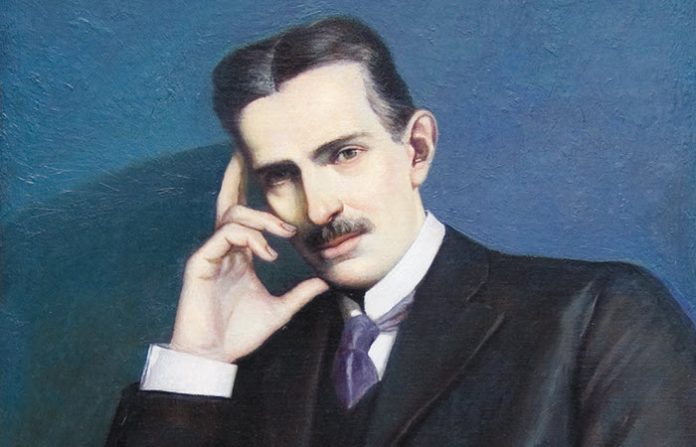 In today’s world of advancing technologies and innovation-obsessed cultures, there are a number of technological heroes we should be thankful for. The new gadgetry made feasible for every day use has since reverberated with billions of people across the globe.

One of those original superstars of inventions was Nikola Tesla (1856-1943), who is responsible for nearly 300 patents and numerous breakthroughs in technology. His fame fluctuated significantly during his lifetime while it reached to a well-deserved peak in the recent times.

Today, Tesla’s name has already graced one of the most reputed and newsworthy technological companies. Also, his reliable predictions have made him a bona fide inspiration of all time. He also collaborated with Thomas Edison, another prominent inventor.

Nikola Tesla had correctly predicted the birth of smartphones, internet, Wi-Fi, and every type of wireless communication. Along with that, he had invented a great number of innovations developed in the 21st century.

Without Tesla, it is hard to even imagine what it would look like if he had not influenced them. We may not have the TV, the radio, AC electricity, fluorescent lighting, Tesla coils, and radio-controlled devices. We wouldn’t have neon lighting, x-rays, microwaves, robotics, radar, and hundreds of other useful inventions, too.

Wondering what we have done without this genius? Let’s have a look at these Nikola Tesla predictions.

Prediction: “Present wireless receiving apparatus will be scrapped for much simpler machines; static and all forms of interference will be eliminated, so that innumerable transmitters and receivers may be operated without interference. It is more than probable that the household’s daily newspaper will be printed ‘wirelessly’ in the home during the night. Domestic management—the problems of heat, light and household mechanics—will be freed from all labor through beneficent wireless power.”

Undoubtedly, a person who was obsessed with wireless technology can easily envy Wi-Fi and can gladly predict how a wireless device can be beneficial for future generations.

See Also: How WiFi6 Will Make Your Home (And Business) Better

Prediction: “When wireless is perfectly applied, the whole earth will be converted into a huge brain, which in fact it is, all things being particles of a real and rhythmic whole. We shall be able to communicate with one another instantly, irrespective of distance. Not only this but through television and telephony, we shall see and hear one another as perfectly as though we were face to face, despite intervening distances of thousands of miles; and the instruments through which we shall be able to do his will be amazingly simple compared with our present telephone. A man will be able to carry one in his vest pocket.”

The above description by Tesla may quickly sound like the prediction of a smartphone to the current generation. Nikola envisioned wireless devices, just like a Wi-Fi, that would be able to incorporate telephonic technology and videos over the rays of transmission like the internet and virtual reality.

Prediction: “As early as 1898, I proposed to representatives of a large manufacturing concern the construction and public exhibition of an automobile carriage which, left to itself, would perform a great variety of operations involving something akin to judgment.”

After the prediction of wireless technologies, he went on to predict today’s driving technologies. Although it took more than a century to make it into a reality, the effort led a larger than life innovator company making it possible with a timeless imagination.

Prediction: “When the wireless transmission of power is made commercial, transport and transmission will be revolutionized. Already motion pictures have been transmitted by wireless over a short distance. Later the distance will be illimitable, and by later, I mean only a few years hence. Pictures are transmitted over wires—they were telegraphed successfully through the point system thirty years ago. When wireless transmission of power becomes general, these methods will be as crude as is the steam locomotive compared with the electric train.”

As mentioned above, Tesla’s lifelong inventions involved a massive project of wireless transmission of energy across long distances. During a lecture at her research center, Stella Drake (Physicist at Crowd Writer) elaborated that; “Tesla came to know the revolutionary potential of the generation and consumption of energy in 1926. This is the thing our scientists are still struggling as a challenge to understand and implement.”

Since, Tesla worked and, fortunately, got a motivating outcome of the Tower of Power in 1904 in Shoreham, Long Island, New York; however, the tower was destroyed curiously by the U.S. Government in 1917 on suspicion of it being used by the Germans.

Prediction: “Perhaps the most valuable application of wireless energy will be the propulsion of flying machines, which will carry no fuel and will be free from any limitations of the present airplanes and dirigibles. We shall ride from New York to Europe in a few hours. International boundaries will be largely obliterated, and a great step will be made toward the unification and harmonious existence of the various races inhabiting the globe. Wireless will not only make possible the supply of energy to the region, however inaccessible, but it will be effective politically by harmonizing international interests; it will create understanding instead of differences.”

With the idea of wireless energy transmission, he predicted the ability of rays to transmit energy over great and long distances without wires and even fuels.

The death ray or mass destruction mutually assured destructive weapon was the last invention of Tesla. He worked on a particle beam weapon in hope to end all wars. He thought that if countries would have these weapons, wars would be endless. The reason was that it can throw out attacks hundreds of miles away.

The death ray was never completed, while the documented plans were lost mysteriously as well. Successfully, the concept was the cornerstone in cold wars. The mutually assured description and countries with nuclear weapons were not daring to attack each other.

Blogging Reporter Scotsman Richard at Premium Jackets confirmed that there was an FBI man charged for searching for Tesla’s notes after his death, concluded that there was nothing useful in his paperwork regarding the death ray. However, it is expected that it’s not the first time an official governmental agency is hiding information and not telling the truth.

Prediction: “I expect to photograph thoughts. In 1893, while engaged in certain investigations, I became convinced that a definite image formed in thought, must by reflex action, produce a corresponding image on the retina, which might be read by a suitable apparatus…Now, if it be true that a thought reflects an image on the retina, it is a mere question of illuminating the same property and taking photographs, and then using the ordinary methods which are available to project the image on a screen… If this can be done successfully, then the objects imagined by a person would be clearly reflected on the screen as they are formed, and in this way, every thought of the individual could be read. Our minds would then, indeed, be like open books.”

When talking about modern inventions, Tesla expanded outlandish ideas with the above prediction, more like an MRI, serving as the most useful diagnostic tool of the century.

In 1898, at an Electrical Exhibition at New York’s Madison Square Garden, Tesla demonstrated a remote-controlled boat. He made the antennae-equipped four-feet long boat went through a small pool with flashing lights. Sost of the audiences present were mesmerized with the magic with military officials taking it like a torpedo. In the present, there are a variety of controlled devices the military has made use of. This includes drones and missiles.

See Also: 7 Creative Ways To Use Drones For Kids’ Learning

Prediction: “I foresee the development of the flying machine exceeding that of the automobile, and I expect Mr. Ford to make large contributions toward this progress. The problem of parking automobiles and furnishing separate roads for commercial and pleasure traffic will be solved. Belted parking towers will arise in our large cities, and the roads will be multiplied through sheer necessity, or finally rendered unnecessary when civilization exchanges wheels for wings.”

Tesla delved into the world of anti-gravity successfully. In 1928, he came up with an electro propulsive flying machine resembling a helicopter. Also, he was reported to have plans for the engine called an anti-electromagnetic field drive or Space Drive as well. This may lead us to his vision of the future with flying cars.

Prediction: “This struggle of the human female toward sex equality will end in a new sex order, with the female as superior.”

This prediction may not be a technological invention. However, Nikola Tesla’s vision of a world where women could be superior and do jobs that only men did before is now starting to actively manifest. Recently, the U.S. Presidential election featured the first-ever female nominee; the prediction may reach an apex soon.

The above Nikola Tesla predictions are some of his most famous statements. There are other multiple predictions that are expected to come true from the veritable oracle. Let’s see where the time takes the vision of the genius named Tesla.

Elaine Vanessa is a qualified electrical engineer. She has a vast working experience in research and development. She loves to read and write as well. Elaine often blog at King Essay.