Written and Published by Helen Halfpenny on September 6, 2019 - Reviewed by Dumb Little Man 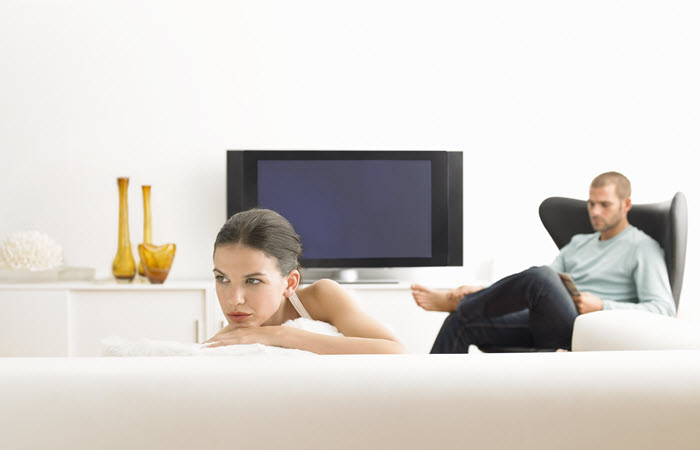 Moving in with a partner is a big step for any couple. And for some couples, it can actually spell the end of the relationship as each party finds out things about the other that they’d rather not.

Before you move in together, it’s easy to maintain a bit of illusion — you’re not thrown together all the time, you can keep your finances separate, and you don’t have to deal with arguments over whose turn it is to do the dishes. But once you’re living together, little things can take on huge significance.

Here we explore some common problems faced by couples moving in together and how you can get around them. 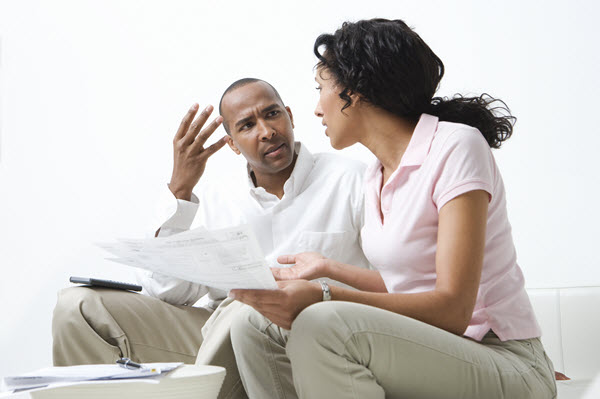 This is probably the single biggest danger to be aware of when you move in with a partner. Ideally, you should probably have a conversation about finances before you move in together.

If one of you has been saving for years, pays all the bills on time and has a clear financial plan, while the other lives from paycheck to paycheck and has thousands in credit card debt, it’s a bit of a recipe for a disaster.

This can lead to arguments and even more pervasive problems such as an overall lack of trust.

So, if you’re about to take the plunge and move in together, it’s time to sit down and have a very serious chat about how you’re going to manage your finances. Whether it’s opening a joint bank account, setting up payment plans and direct debits or simply setting up a household budget, make sure you’re on the same page.

And if you’ve already moved in together and find yourselves fighting over finances, don’t despair. You can still have that conversation and put plans in place to make sure you get things straight. The important thing is to find an arrangement you’re both comfortable with and that is manageable for both of you.

Another big issue that cohabiting couples can face is finding out that they aren’t on the same page when it comes to long-term life plans. One of you wants marriage and kids, the other’s not sure. One of you would like to work abroad, the other can’t bear to be away from family.

The thing is that moving in together is often seen as a step towards marriage and kids. So, even if those things aren’t on the table yet, if you’re thinking about making the commitment, you need to be sure that you both want the same long-term goals.

Losing Your Own Identities

You’ve moved in together because you love each other and want to spend more time together. But let’s face it, even the closest of couples can get frustrated if they’re together all the time. And going from seeing each other maybe a few times a week to seeing each other every single day can be a bit… well, much.

That’s why it’s vital to still have a bit of alone time now and again. If you’ve lived independently for any length of time, you’ll still have your own friends, so keep up with these as much as you can. Make sure you still both do things for yourselves as well as a couple.

You should also recognize when the other needs a bit of space and respect that. You’ll likely find that you naturally end up spending more and more time together.

However, keeping separate lives to a certain extent will allow you to build your own new routine without forcing things. You should also make time together to go on dates and spend time doing things you both love. Don’t lose your identities as individuals or as a couple!

Just because one of you loves nothing more than a ten-mile run on a Saturday morning, it doesn’t mean you both need to get those sneakers on. Likewise, if you enjoy a good Peaky Blinders binge session but your partner’s more of a Game of Thrones fan, you don’t have to suddenly know everything there is to know about the politics of Westeros.

If you had a particular set of interests before you moved in, you should try and maintain at least some of these. On the other hand, you may find new hobbies and interests to pursue as a couple through living together! Tuscan cookery class for two, anyone?

See Also: 6 Hobbies For Couples That Can Strengthen Your Relationship

Not Accentuating the Positive

When you’re suddenly thrown together all the time, those little quirks that you once found endearing in your partner can suddenly become infuriating. Maybe they never put their socks in the laundry basket. Maybe they insist on loudly singing show tunes when they’re doing housework. Or maybe they’re just so incredibly stubborn that they’ll happily argue chalk is cheese until the end of time.

Whatever annoys you about your other half, you can guarantee they’ll have a list just as long about you. So, pick your battles. Figure out what you can live with and what really drives you both nuts.

Then, talk about it to find a way that you can manage each other’s little foibles. Also, try and focus more on the things you love about each other. It could be how your partner always leaves little notes for you or how he or she will give you a back rub after a tough day without being asked. You’ll find that this makes the annoyances a little bit easier to cope with. 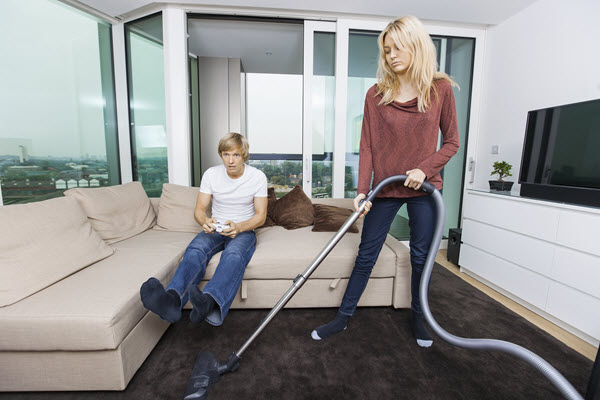 If there’s one thing my husband and I argue about more than any other, it’s housework. It’s not the most fun thing in the world, but it needs to be done. And if you’re cohabiting, then you both need to accept your fair share of the burden.

Talk to your partner about what you each expect and what each of you really loathes doing. Maybe you hate doing the dishes but your partner is fine with it. In which case, you can do the cooking or the vacuuming. Alternatively, take turns in doing different chores.

A major cause of arguments can be if one partner is tidier than the other. If that’s the case, you need to come to some sort of arrangement where the tidy partner is not constantly picking up after the untidy one. Try and do a bit of tidying every day to keep things at a manageable level or have a blitz every weekend. Do whatever works for you. Alternatively, if all else fails and you’ve got the budget for it, hire a cleaner!

The underlying theme behind all of these issues is communication. It’s vital to communicate with your other half to make sure that you’re both happy with any arrangements, bank accounts, chore rotas or long-term relationship goals.

Remember to keep talking. Make time for each other and always remember why you love each other in the first place. Happy cohabiting!

Helen Halfpenny is a copywriter based in Nottingham. She writes about all sorts of things, from homes and lifestyle, to crafting, to pop culture, and loves nothing more than a cup of tea and a slice of cake.

Get daily tips and tricks from Dumblittleman!
Your subscription could not be saved. Please try again.
Success! You are now a Dumb Little Man! :)
<div id="sib-container" class="sib-container--large sib-container--vertical" style="text-align:center; background-color:rgba(255,255,255,1); m