Written and Published by J Maver on January 3, 2023 - Reviewed by Dumb Little Man 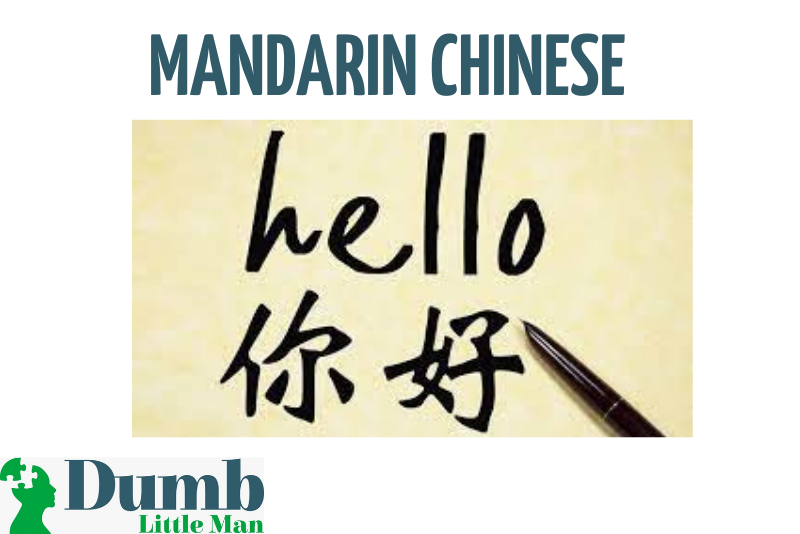 If we take a closer look at human civilization and history, there aren’t many centuries that have affected human progress in every aspect of life as much as the 20th century did.

Man on its way to greatness

The man began to fly, Nations were getting independence after centuries of oppression, technology was booming.

In short, this century laid the foundation which rose man to the heights of evolution we all are enjoying today.

China and the 20th Century

Among these events happening around the globe, there was China. Finally, in the year 1912, the Qing Dynasty of China fell.

This marks the end of one of the oldest monarchies known to mankind in a region that holds around 1/3 percent of the whole human population even today.

When Mandarin became the official language of China?

According to history, Mandarin was the native language of the Chinese people for centuries. But in the year 1909, it became the national language of China and was renamed 普通 话 in 1955.

What’s the difference between the Shanghai, mainland China, and the Beijing dialect? Or you might want to learn about the Cantonese dialects spoken in Hong Kong?

There’s one answer for all of your Chinese language learning problems, ‘Yoyo Chines’. 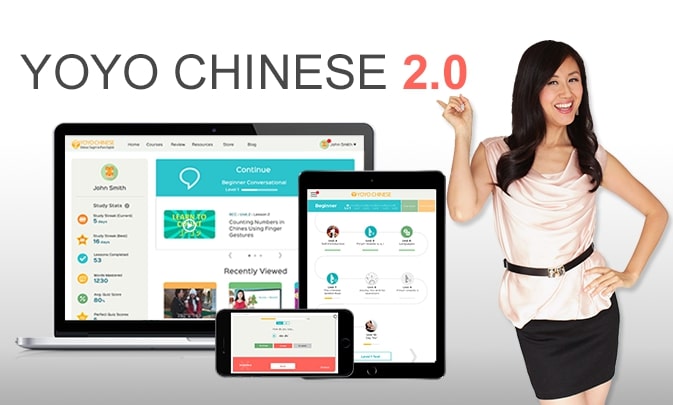 You can’t master a language if you can’t speak in it!

The whole Yoyo Chinese platform is more focused on the ‘speaking’ part of the language more than anything else.

Just like English, the Chinese syllable collection is full of traditional simplified characters that are almost the same for north, south, west, and east alike.

We all non-native speakers are going to learn the Chinese Language for various reasons. Some of us may be thinking about visiting China and Taiwan, while some of us may be interested in learning more about the Shanghai and Beijing dialects.

No matter what the reason is, we are looking for mastering the Chinese dialects from the comfort of our homes, right? In this case, Hellochinese is going to become our greatest savior.

Among all great Chinese learning apps, Hellochinese is probably the most user-oriented one.

Animations to help you learn better!

The app is loaded with fun to watch animations, quizzes, and games that help the user to understand the basic structure of the Chinese characters as well as various Chinese language dialects that are spoken as a part of the common language among various regions.

We are living in the 21st century, everything has become digital. But even today, there aren’t many authentic number of Mandarin Chinese language (or multiple languages) courses that are focused on the speaking, grammar, and pronunciation of the Mandarin Chinese dialects as much as Chinese For Us do. 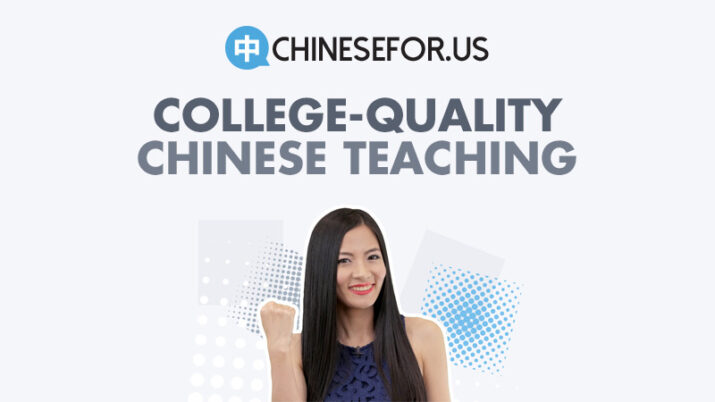 But can we learn region based Chinese?

If we take a closer look, we can easily divide the standard language of China into multiple regions such as Hong Kong, mainland China, Taiwan, and several other ethnic china and Taiwan groups.

All of these regions have different written and spoken dialects of widely spoken Chinese.

But Chinese For US is a total Rockstar in terms of adapting itself with the widely spoken words and grammatical forms of the 普通 话 (Mandarin Chinese).

CLICK HERE TO READ MORE ABOUT CHINESE FOR US

It has been almost a century since the day when Mandarin Chinese became the official language of China.

Even if we exclude mainland China from the count, Mandarin both as an official language and a native language is distributed through countries like Hong Kong, Taiwan, and Singapore.

This distribution leads to the various dialects productions of the mainland China Mandarin dialect. 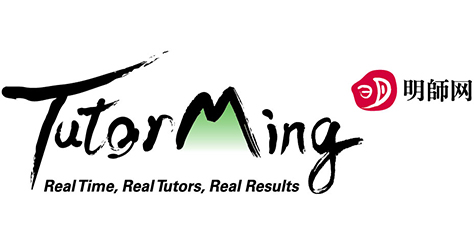 But what if we get 24 hours classes?

However, you can easily learn any Chinese dialect, even the Beijing dialect by using the Tutorming Chinese Mandarin classes.

And here’s the best part, all these courses and classes are available 24/7 on the    Tutorming platform online.

According to officials, and by officials mean the Mandarin language experts. Introduction to either the southern or the western dialect of Mandarin can be quite challenging for a large number of first-time learner.

Some certain characters and words must be pronounced in a certain manner.

That’s why learning Chinese Mandarin is different from learning other languages, such as English, etc. 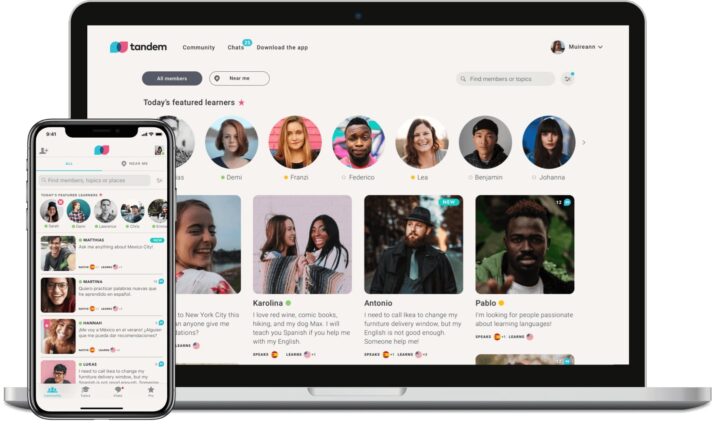 Tandem : What to focus on?

But let me tell you an easy way to ace all these Mandarin words, characters, and spoken skills. Get yourself the user interactive Tandem language learning subscription.

Follow the written and spoken practices, and you will be a master of the official language of China in no time.

If we take a closer at the Chinese characters, the writing script of Chinese Mandarin is quite different from other well-known languages, except Japanese. Especially the mainland china script.

If we take a closer look at the main menu of the Chairman’s Bao setup, the platform is a great way to learn simplified versions of Mandarin and Cantonese. 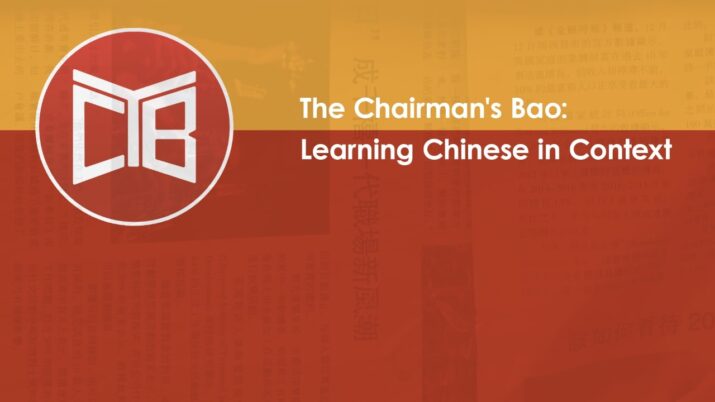 Dialects : The core of great languages

The setup also focuses on various dialects and tones of any Mandarin article, number, or even an alphabet. In my opinion, it is a great way of mastering the alphabet and number-based Mandarin script.

CLICK HERE TO READ MORE ABOUT THE CHAIRMAN’S BAO

Looking for a setup that can help you with speaking and writing the traditional Chinese Mandarin like the local speakers?

What better option can one possibly go with when Pimsleur itself offers several amazing Chinese lessons and article sets? 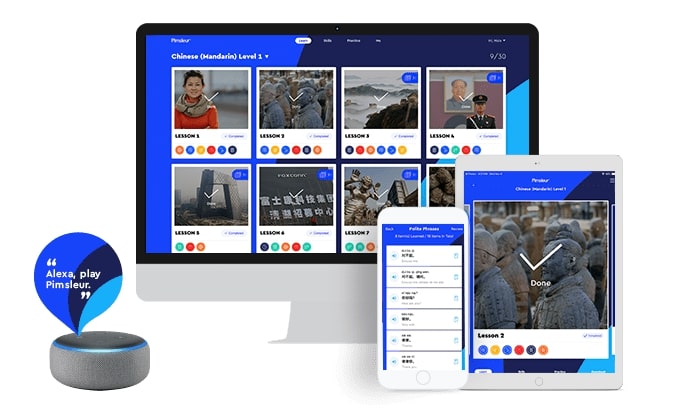 Number of ways to learn from Pimsleur?

Pimsleur focuses on learning Mandarin with a different approach as compared to other programs. The setup focuses on the spoken portion of any official language through audio-based aids only.

For people who are more focused on tones and dialects, this is a great way of learning.

But someone like me who thinks seeing is believing and the best way of learning, this will not work that effectively.

As the name already suggests, Speechling is related to the syllable and pronounced part of a language more than anything.

If we take a look at the introduction of various Mandarin dialects such as the western one or the one followed by people in the north of china, we can observe the alphabet and form differences. 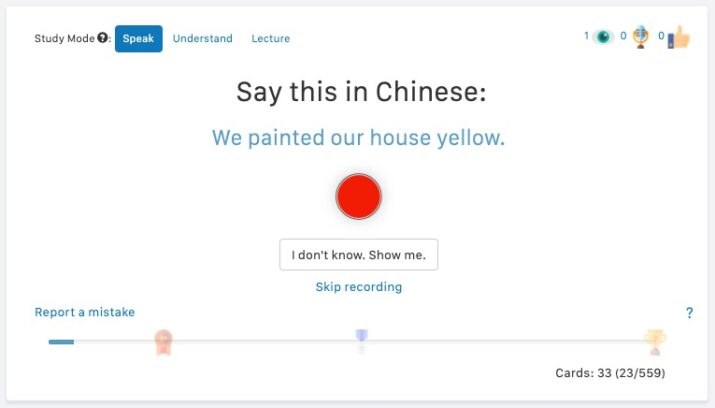 Can it cope with the spoken difference?

Especially among the Cantonese speakers and mainland China Mandarin speakers.

But Speechling is very well known for effectively coping with the difference between Chinese characters based on their region and provides easy-to-follow tutorials to learn from.

As a national language as well as an official language, Chinese Mandarin is the most widely spoken language across the whole of China as well as countries like Taiwan, Singapore, etc.

As Ninchanese is like an official standard Chinese Mandarin writing learning program, it particularly focuses on every single standard as well as the traditional character of the language. 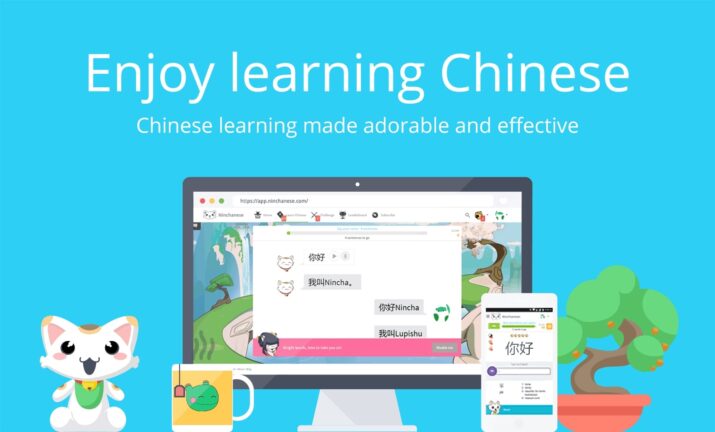 For example, the program will even guide you about the exact writing script of simple English alphabets like food, water, etc.

All of this with a series of fun and easy to play games that aids the user to speak and write Chinese Mandarin with the help of pictorial aid.

Not many languages have dialects, tones, and structures like Mandarin.

For example, English itself is quite easy to follow and understand as compared to languages like Mandarin.

But besides spoken fluency, this is the main focus of the Chinesepod setup, especially if one is focusing on the Hong Kong Cantonese dialect.

More of an old-schooler who likes to take classes to learn anything new, such as the Chinese characters and their structure?

In this case, there’s nothing better than Italki for you! 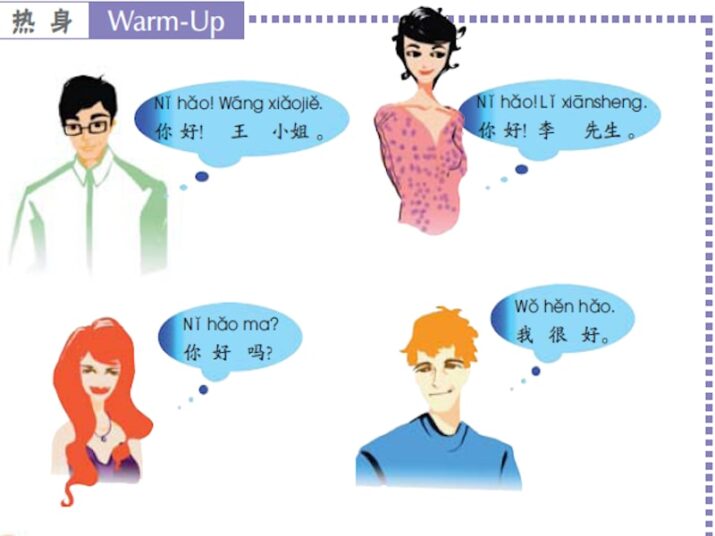 The Italki experts not only focus on the Chinese characters and their history but are also known for focusing on modern-day tones along with spoken and written skills.

Of course, it is, not only because Chinese Mandarin is the major language back in China.

But it contains the whole history of China within itself. This one single Mandarin dialect.

How to learn Mandarin effectively?

To fully learn Chinese Mandarin, you need to focus on the very core of this language.

How Do You Say Hello In Mandarin Chinese?

First, we need to determine what dialect we are talking about. The Hong Kong Cantonese, the Beijing dialect, or the Singapore one?

But if one is talking about basic Mandarin (普通 话) the English word ‘Hello’ is written as 你好.

This example is applicable for all the Beijing, Cantonese, Taiwan, China, Singapore Mandarin scripts.

The word 你好 will follow the tones of ‘nǐ hǎo’ when spoken.

How Do You Say Thank You In Mandarin Chinese?

If we search on the Chinese Mandarin version of ‘Thank You’ we can see the difference in spoken and written portions of the word in a prominent region-based Chinese mandarin group, the Cantonese Mandarin group.

But it is just a difference in characters build among the Beijing and Cantonese dialects and nothing more.

This kind of character-based group issue is quite common in the history of wide spoken traditional languages.

According to the early and local Chinese Mandarin characters, ‘Thank You’ will be translated as 谢谢你 and the character will be spoken as ‘Xièxiè nǐ’

How Do You Say Not This Time In Mandarin Chinese?

Let me add a note here. This one is for all the action movie lovers who just can’t wait to speak their favorite introduction part of their favorite hero.

We both know, you used to search for the translation of your favorite Chinese action movies, right?

This phenomenon can also be seen in other languages spoken in these regions as well, especially in Taiwan.

In Chinese Mandarin Language, the term ‘ Not this time is translated as 不是这次 and follows the Taiwan dialect of Bùshì zhè cì when pronounced.

How To Learn Mandarin Chinese?

No matter what kind of language or languages you’re willing to learn. you must be better than only being able to give a simple introduction of yourself in the language.

At min, you should understand and speak several characters used by various dialects of these languages.

Now, talking about the Chinese Mandarin dialect, there’s only one way you can learn this language or several other relative languages effectively. Practice.

You can’t learn it overnight as long as you don’t fully understand the characters and dialects of this language.

Passionate in tech, software and gadgets. I enjoy reviewing and comparing products & services, uncovering new trends and digging up little known products that deserve an audience.