The Godfather Guide To A Good And Happy Life 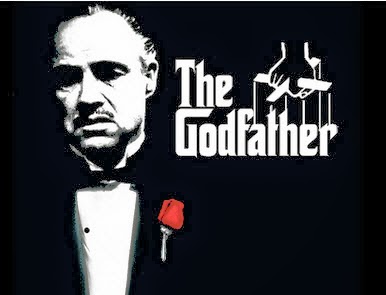 Do you ever feel that you have so many ‘life rules’ thrown at you that you can’t even remember them, let alone make sense of them?

The ‘rules of life’ that have stuck most easily with me have come from movies – perhaps because they’re not only visual, they’re visceral.

There is a scene in The Last Samurai where Katsumoto and Algren are about to advance to almost certain death and Katsumoto says: “Do you believe a man can change his destiny?’ Algren answers: ‘I believe a man does what he can until his destiny is revealed to him.’ There’s Buddha right there, a philosophy of life you can live by.

Perhaps one of the greatest movies that provides some of the greatest rules for living well is The Godfather. Michael Corleone lived a Shakespearian tragedy. But if he had taken his own good advice and that of his family it might all have been so different:

Here are 9 Corleone rules you could build a good and happy life on:

Building a business is hard work. There are countless hours spent stressing, planning, focusing – and no guarantees at the end of it. And it requires Olympic level mental energy. You have to prioritize your time; but don’t let your family come second. You’re doing it for them, right? What’s the point if they’re not there when it’s all done? Set strict work hours and keep to them. Or your successful business will end up owning you. And what’s successful about that?

You act like a man (slap!!). What’s the matter with you?
– Don Corleone to Johnny Fontaine

Don’t whine when things don’t go your way. Change what you can and what you can’t change – suck it up. Lose your cool about it and you just lose other people’s respect. Remember: Life is not always fair. Deal with it. (slap!)

I don’t like violence, Tom. I’m a businessman. Blood is a big expense.
– Solozzo to Joe Hagan

Anger is unhealthy in business and in relationships. It doesn’t mean you can’t get pissed off – if you didn’t, there would be something wrong. But how you deal with it, that’s another matter. Go to the gym, run ten kilometres, burn off the rage, get away from whatever is scorching you up BEFORE you lose it. Deal with the problem yes, but do it when you’re calm. Once there’s blood on the street, literally or figuratively, it’s too late. If you accept anger isn’t a good answer to problems, you have a chance of being happy at home and productive at work. If you can’t control your anger, get help before it screws up your life.

My father taught me many things. Keep your friends close but your enemies closer.
Michael Corleone to Pentangeli

It’s only too easy to get into conflict with difficult people. Going into battle with them may feel good at the time but it will always end in tears. The answer to people giving you problems is not to tune them out or bawl them out. Have you noticed how that just makes it worse? People are often loud and obnoxious because they think nobody cares about them. Listen to them – everyone is entitled to five minutes of fame. Most negative people feel powerless – show them how to solve their problems rather than blowing them off.

Your husband left you for an underwear model; your business partner emptied the business account and went to Brazil. Of course you want to get even. You’re only human. But as the ancient saying goes: “Before you embark on a journey of revenge, dig two graves.” Forgiving doesn’t mean you roll over and let people walk over you, it’s about letting it go. It means they only hurt you once and not every day for the rest of your life. Remember: the best revenge is happiness.

I have always believed helping our fellow man is profitable in every sense, personally and bottom line
– Michael Corleone to reporters

Whether you feel altruistic or not, helping others is the bottom line of every business and indeed every human endeavour. In a financial sense we prosper by solving other people’s problems, whether we’re writing blogs, taking out an inflamed appendix or selling a car. If you keep this principle in mind in your personal relationships, it will serve you spiritually and emotionally too

Go to the mattresses
– Sonny Corleone

When things get tough, there are times we have to dig in and just plan on getting through. At these times, life is stripped down to its bare essentials. Maybe we have lost someone close to us; perhaps it’s a personal financial disaster; or we face a health crisis. All we can do is sleep, eat, fight and think of nothing else till the peace returns. We all have to go to the mattresses sometimes. Know the time, and do it.

Life is short. It never seems that way when we’re young. But as you get older, reality bites. Remembering the brevity of existence should be a spur not a cause for despair. While you’re alive there’s still time to fulfil your dreams. So seize the day. Life is not a dress rehearsal, you only get one shot. More than money, charm or looks, time is the greatest gift there is. If you’re reading this, you still have some left. Spend it wisely.
Life is never like the movies. There isn’t always a happy ending when we want one, and the bad guys don’t always get what’s coming to them.

We’ve all seen the way it really works, right?

But that doesn’t mean it’s all wrong and sometimes there’s some great truths in great movies, if we would only pay attention.

So listen to what the Godfather is telling you; pay attention to your family, don’t let anger control you, remember that serving others is the way to success. Maybe you’ve heard all these things before. But the way the Don says them, maybe you’ll pay better attention.

There’s plenty for everyone to wet their beak a little. Start wetting yours.

And last and most important of all, remember this:

Leave the gun. Take the cannoli.
– Clemenza to Rocco

If you’ve ever had cannoli, you know it makes sense.