Take It and Like It! 5 Life Lessons Learned from Hardboiled, Tough-Guy Detectives.

Written and Published by David on July 28, 2013 - Reviewed by Dumb Little Man 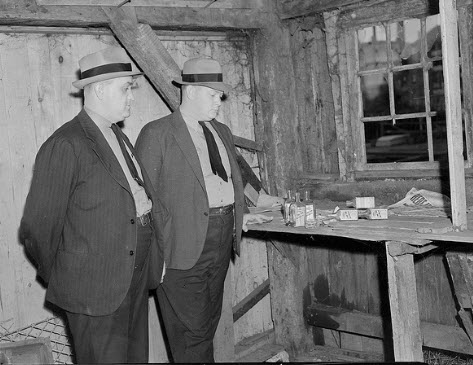 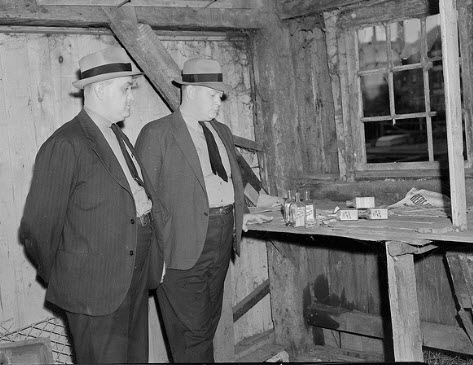 “Ability is what you’re capable of doing. Motivation determines what you do. Attitude determines how well you do it. ”
Raymond Chandler

Most lessons learned from hard-boiled detective novels are fast, ugly, and taught at the wrong end of a gun barrel. The classroom is often a filthy, dark alley and the instructors can be a beautiful femme fatale or the misplaced trust you put in a lying client. There can be a steep learning curve in the hard-boiled tough guy business, but some lessons CAN be learned and walked away from.

In the world of Hammett, Spillane and Chandler, among others, the men (and women) who walk the mean streets stay alive by learning their lessons well. Below are some of the less lethal lessons that can help get you through the dark, cold, bitter night.
1) Persistence Pays
When you are running down leads, things can go bad on you quickly. Sometimes investigations go nowhere. There are no clues to follow and nothing to deduce. When you get stuck in the mud, it’s time to shift to a lower gear.
“I don’t know what’s going on so I wander around and ask questions and annoy people and finally somebody says something or does something then I wander around and ask questions about that and annoy people and so on.” That’s Robert B. Parker’s Spenser in a nutshell. He doesn’t so much deduce what the next step is as put his head down and keep his feet moving forward.
It isn’t always a pretty or a graceful approach, but it does keep you moving forward, and sometimes moving forward is all you can hope for.
2) Always Look For Plan B
In any given situation there is the possibility that the wheels will fall off and things will turn sideways. There’s nothing wrong with that. It happens to the best of us. What separates the successful from the unsuccessful, and in some cases the living from the dead, is the ability to roll with the disappointments and form another plan of attack.
In The Thin Man, Dashiell Hammett’s sleuth, the wise-cracking, hard-drinking Nick Charles, is on the trail of Clyde Wynant , a “thin man” if you will, who has apparently skipped out. When a decomposed corpse is found with clothes indicating the victim was a heavy fellow, a “fat man,” then Wynant is fingered as the killer.
Charles puts the pieces together and after following the leads into a blind alley, he turns to Plan B. In this case Plan B is a dinner party, where murder is tastefully served with dirty martinis.
3) Know the Difference Between Right and Wrong
It sounds easy and it should be easy, but we live in an electronic age, where everything is quick and “friends” are a dime a dozen. The rules to navigate are pretty easy: don’t be evil. It’s a philosophy of Internet giants and it will work for you. When you are tempted to respond to someone in a negative manner or do something you might regret later, take a moment and remember how Raymond Chandler described his ideal detective.
“…down these mean streets a man must go who is not himself mean, who is neither tarnished nor afraid. He is the hero; he is everything. He must be a complete man and a common man and yet an unusual man. He must be, to use a rather weathered phrase, a man of honor—by instinct, by inevitability, without thought of it, and certainly without saying it. He must be the best man in his world and a good enough man for any world.”
4) Know the True Value of Friendship
The connections you make while networking, either online or in the real world, are only as strong as you make them. When someone goes out of their way to do you a favor make sure that you return it in kind, or better yet, do them the good turn first.
Make it a practice to strengthen the friendships you make and to tirelessly promote those who you believe in. Turn yourself into a crusader for that person or organization and you’ll get noticed and appreciated. You also never know when that good faith will be returned.
In Small Vices, Spenser is shot and left for dead by the Gray Man. He is rescued and put into recovery over a period of months by his friend Hawk. Without being asked and without thanks Hawk runs the hero through an excruciating rehab until he regains his skills. When asked, Hawk simply responds that Spenser “ain’t heavy.”
5) Be True to Your Own Code
Everyone has different values and beliefs so if you want rules to live by then YOU have to be the one to write them. The patron saint of writing your own rules is Dashiell Hammett’s Sam Spade.
In the Maltese Falcon Spade breaks every rule in the book, including sleeping with his partner’s wife. He is a liar, a cheat, and a general son-of-a-bitch, but he does have his own code, and when it is threatened he has to act.
“When your partner is killed you can’t let it go. It’s bad for business.” I’m not saying that you need to hunt down a killer, but you have to have your own set of rules. You need to know what needs to be looked after, what doesn’t and where exactly that line is.
And of course you should probably stay away from your partner’s spouse.