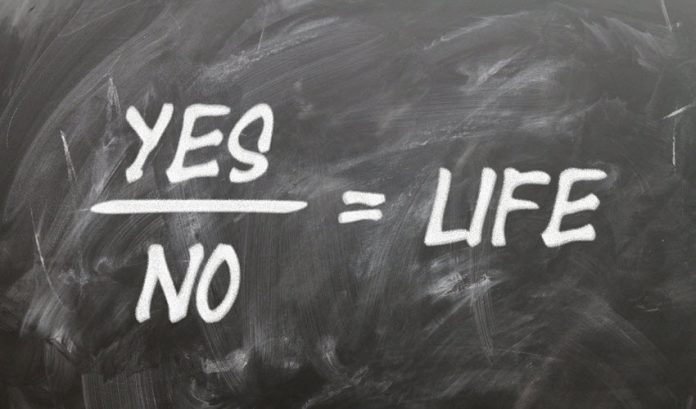 Most of us, women in particular, have a hard time saying no. We don’t want to disappoint anyone, especially not the people we love. As a result, we end up putting everyone else’s needs ahead of our own.

When put on the spot, we feel like we have to give an answer immediately. We get flustered and end up saying ‘yes’ when we really shouldn’t. This leads to us cancelling at the last moment and then having to deal with the inevitable guilt that follows. 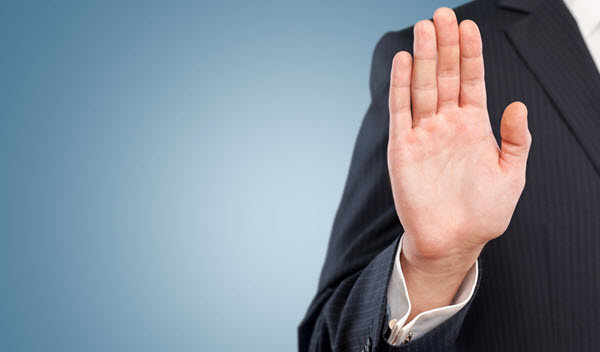 Living abroad is amazing. The only downside is that you miss your friends and family back home. A lot. Opening a Cape Town office provided the perfect solution. It made good business sense and we were going to do it anyway, but at least now I’d have a bona fide excuse to go home and I’d get to see the people I love more often.

I’d have to work too, but since I love what I do I didn’t see that as a problem. Unfortunately, my friends and family didn’t make the work connection and expected me to be available all the time.

In the beginning I tried to do both: work a full day and be available to socialise at a moment’s notice. I failed miserably. My work suffered, I was exhausted, the get-togethers were stressful because I was constantly on my phone, and my relationships with everyone became strained.

I quickly realised that trying to keep everyone happy was having the opposite effect. Nobody, least of all me, was having a good time. I needed to learn how to say no, and fast.

See Also: 4 Ways to Make Yourself Happier on a Daily Basis

The first thing I did was set some boundaries. I explained that while I loved spending time with them, staying with friends and family wasn’t a workable option. I needed my own space to retreat to after a busy day and I wanted to be able to work in the evening without feeling guilty. I also made workdays off limits for socialising.

Both scenarios were met with resistance initially, but we quickly worked out a compromise. If they accepted my work boundaries, I’d make the effort to respect our time together. I promised to leave my laptop at home and put my phone on silent.

You need to put yourself first. This might seem selfish, but in fact the opposite is true. If you don’t make you a priority, you won’t be able to show up for everyone else.

Keep putting everyone else’s needs ahead of yours, and you’ll eventually burn out. And even if you don’t end up collapsing in a heap from exhaustion (maybe you’re made of stronger stock), there’s still the mental and emotional toll to deal with.

Sooner or later you’ll feel resentful and you won’t have anybody to blame but yourself.

Now, whenever anyone asks me anything: Would you like to have dinner? Can you babysit for me? Have you got an hour spare to…?

I have to answer ‘yes’ to these three questions:

Do I have the wherewithal to accommodate your request? Do I have the time, the money, the energy, etc. required to help you? If I’m in the red, then it has to be a ‘no’.

Do I have the desire to do whatever it is you’re asking? Maybe you want to go for drinks tonight, but all I want to do is curl up on the couch with Gabriel Macht and a glass of Pinot Noir.

Is it the best use of my time?

Getting together with old school friends would be fun. Reminiscing about ex-boyfriends and teenage escapades is always a hoot, but I also have a huge proposal due.

Before you commit to anything, you need to say ‘yes’ to all three. And I don’t mean a wish-washy half-arsed yes. I’m talking about a resounding ‘Hell Yes!’. 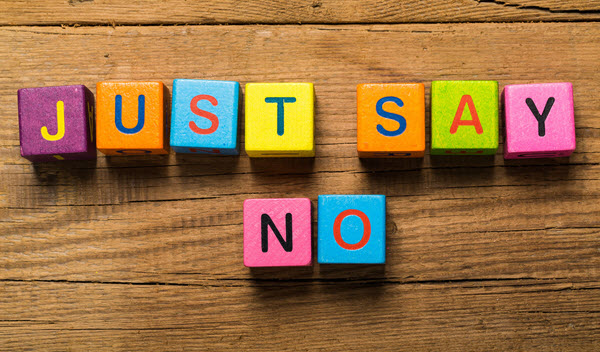 In the beginning this is going to be tough. You’re used to ‘old you’ who bends over backwards for everyone except you. ‘New you’ is more cognizant, more mindful even. You take the time to weigh things up. You do your due diligence before promising anything.

Pro tip: There will be situations where you’re caught off-guard by a request. When that happens, say this: I’m not sure, let me get back to you.

It’s not a flat out ‘no’, but it’s not a ‘yes’ either. It’ll give you time to consider your options before giving a definite answer.

How to say ‘no’ with aplomb

I’m much better at it than I used to be, but I still sometimes struggle. Something useful to remember here is that it doesn’t always have to be an outright ‘no’.

These three versions of ‘no’ from The EveryGirl are particularly useful:

Not this way
You’re not completely against the idea, but in its current form it’s too much for you to handle on your own.

Not right now
You don’t want to veto the request outright; you simply need to defer it to a more suitable time.

No, thank you
You just don’t want to. You don’t need to make excuses, just be polite about it.

What about saying ‘yes’?

Initially you might find yourself swinging the other way and saying ‘no’ to just about everything. That’s okay. Just remember that staying in No-ville isn’t a long-term option. It can get pretty lonely there.

When it’s time to start saying ‘yes’ again, how do you say it without compromising yourself? The trick is to not see everything as black and white.

It’s probably not the best use of my time to go to a friend’s daughter’s sports day when I have a deadline looming. But while I can always work a bit later on the proposal, who knows when I’ll have the chance to watch her play soccer again?

With every situation, you need to weigh up all the pros and cons. Don’t just look at the obvious ones, investigate them all and then make a final decision.

If you do say ‘yes’ to something, then go all in. No hemming and hawing, no piddling about on the side-lines, surreptitiously glancing at your watch or checking your cell phone.

If you say you’ll do something, do it with enthusiasm. I’m not suggesting you channel your inner Tony Robbins; but don’t act like you’re doing everyone a favour just by being there.

Also, don’t say you’ll do something and then back out at the last moment. Unless you’re faced with a genuine emergency, you need to honour your word.

What happens if we don’t exercise our ‘no’ muscle

• We’ll miss out on the opportunity to say ‘Yes!’ to things that really matter.
• Our time will be usurped by people who aren’t that important to us, which means we won’t have anything left for the ones who mean the world to us.
• Other people’s priorities will take precedence over ours.
• We miss out on the much-needed rest and recovery that comes from downtime.
• We end up feeling stressed, which invariably leads to resentment.

Saying no isn’t being selfish. It’s necessary for your happiness and for other people’s happiness too.

In addition to being a ‘no’ aficionado, Heather Baker is founder and CEO of TopLine Comms, a video and integrated communications consultancy that plays host to London's coolest office dog.