How To Prepare For Home Improvement Projects

Written and Published by Brian Wallace on April 25, 2019 - Reviewed by Dumb Little Man 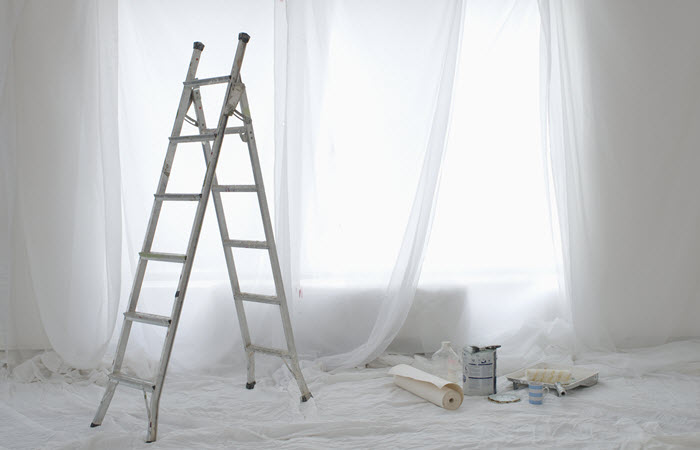 In 2016, a couple in Ohio made a startling discovery behind the ceiling of their basement. A suitcase stuffed with $23,000 in cash was hidden just beneath the surface. Though it was unclear who put it there or why, they used the funds to help pay off their mortgage.

A few years later in 2018, construction workers in Georgia made another discovery hidden behind the walls of another building. Over one thousand human teeth lined the inside of the walls. It was later revealed that during the early 20th century dentists had occupied the building.

Most of us will never make a discovery like this in our homes, but it’s still important to know what you’re getting into before starting a renovation project. Do you know what’s behind your walls?

Half Of Us Have Home Renovation Plans

Last year, home renovation plans were at an all-time high as 51% of homeowners had some sort of project on their mind. Redecorating and general repair also topped the list with a big focus on plain ol’ do-it-yourself elbow grease. But DIY projects don’t always save money and time in the long run – in fact, quite often it is the opposite.

Two out of three homeowners that are making renovation plans say they intend to do at least some of the work themselves. Coincidentally, more than one in four home renovation projects will go over budget; 45% of Americans plan to spend around the $5,000 mark but actual median spending comes in around $10,000 instead. The worst offenders of budget breakers include:

Know When To Call The Pros 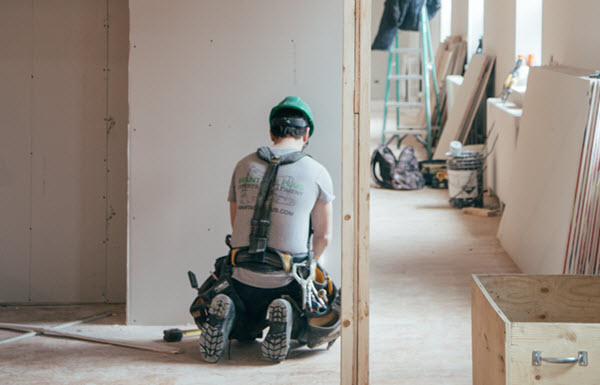 Realistically, there are some beginner-friendly DIY options for homeowners that won’t break the bank. This includes painting, redecorating, and hanging pictures on the wall. But even this comes with its own precautions.

The general rule of thumb is to never drill or hammer into a wall unless you are certain what’s underneath. A stud finder is a valuable tool in any homeowners arsenal. This nifty gadget helps locate studs characterized as 2×4 wood beams that run vertically from floor to ceiling behind the wall.

It’s on these studs that you’ll find the best luck hanging decorations from. Load-bearing walls, in particular, are required to have a stud every 16 inches, so if you find just one or two, you can easily measure for the rest of them.

Know What’s There Before You Start 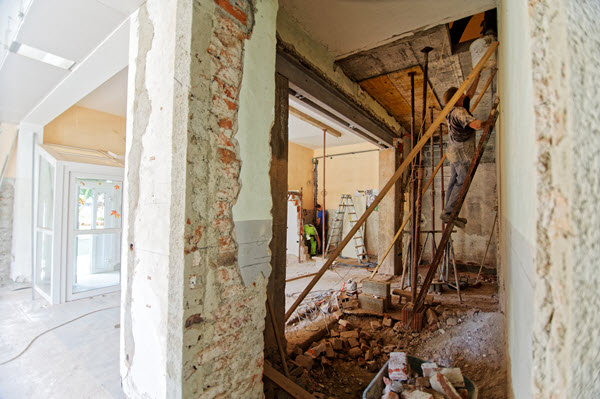 Before you break out the hammer and nails or start knocking down walls, consider the space you already have. Moving walls is a big job and, as we recall from the anecdotes above, it’s hard to know exactly what is behind those walls until they come down.

Except it’s more likely that essential wires or pipes are hidden beneath the surface rather than suitcases packed with cash. If redecorating didn’t get the job quite done and you’ve got your heart set on renovations, then it may be time to consult with some professionals.

Hiring a home inspector to give the place a thorough once-over can help homeowners begin their project on a proverbial clean slate. As an essential part of the home buying process, home inspectors look at the entirety of the home as a system, rather than just one room at a time.

A home inspection can reveal structural issues like wood rot and old wiring that could cause construction complications down the line. An architect as well is a big help to renovation beginners as they can turn your plans and ideas into official drawings and blueprints for a general contractor to follow. From there, contractors manage the project, obtain necessary permits, and works with subcontractors for large projects. In addition to being skilled workers, professionals are also skilled listeners.

Share your ideas and visions with them for your updates and they may offer professional insights and suggestions. Interior designers can decorate after, but also offer suggestions of materials and fixtures like tile or countertops that are within your budget. Though working with professionals may make the whole project more expensive, it’s still less costly than going in without a plan.

Ready to get started on your home renovations? Here’s how to build a plan, stick to a budget, and get the home you’ve always dreamed of.

Source: What’s in Your Walls?