Written and Published by J Maver on January 15, 2023 - Reviewed by Dumb Little Man 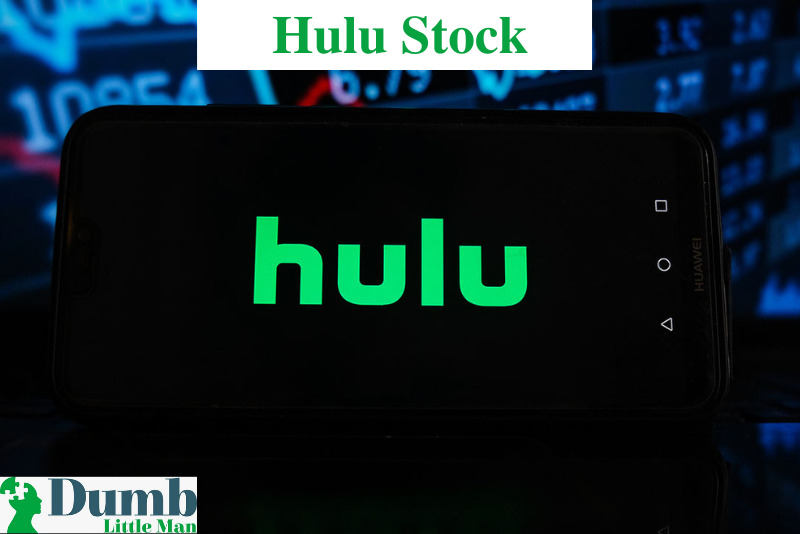 Hulu offers a streaming service and at present, the majority of Hulu stock is owned by the Walt Disney company. The Hulu Streaming Service has attained more than 42 million subscribers and features an incredible array of in-demand shows including the Handmaid’s Tale and Nine Perfect Strangers.

With the success of Hulu in the video streaming market, it is no wonder that many individuals are interested in how to buy Hulu stock directly or how to use an online broker to invest in Hulu. Given this demand, we have written a thorough guide to Hulu stock (price), the history and current standing of Hulu, as well as the potential future for this popular and well-regarded streaming service.

In this article, we will cover the process for how to buy Hulu stock (i.e., how you can invest in Hulu although it isn’t publicly traded) and how to analyse the stock market.

We will also offer our insights into the actions or details to do with their close competitors including a other streaming services.

All About Hulu Stock Price

Hulu offers a video streaming service with award-winning shows. Whilst they are not more inclined to promote popular, mainstream movies, they have a brilliant array of dramas that are enjoyable to watch.

Hulu is a majority-owned business entity and an exchange-listed company. At present, there is no such thing as Hulu stock price since the company isn’t publicly listed (i.e., it is not generally available for the public).

Hulu has a total of 42 million subscribers at the time of writing.

Hulu has published a lot of awards winning original content. Some individuals also envision Hulu to be the ‘next Netflix’, anticipating its future success in the streaming industry.

Disney is very highly valued. This is relevant because Disney is Hulu’s parent company.

Is Hulu Amongst The Publicly Traded Companies?

A simple question to ‘Is Hulu Publicly Traded’ is No. Hulu is not a publicly-traded company, meaning that you can’t outwardly purchase Hulu stock. In comparison, you can purchase Disney, Comcast, or even Netflix stock.

Disney is listed on the New York Stock Exchange (NYSE), where you can buy or sell shares easily. In order to do so, you can use an online broker.

Hulu has attained many investors since its formation.

Through a joint venture (between News Corporation, NBC Universal, and another firm), Hulu was developed and introduced to the digital world. Since then there have been multiple changes to Hulu’s ownership.

When it comes to the majority owner (i.e., the company that owns Hulu), let’s discuss it in the following segment.

Which Company Owns The Majority Of Hulu?

As a majority-owned business entity, Disney has a 60% stake in Hulu, whereas Comcast has a 33% stake. As a result, the majority owner of Hulu is Disney.

Does Hulu have an IPO?

Firstly, what is a Hulu IPO? Firstly, a Hulu IPO essentially gives Hulu the opportunity to raise money from public investments. There is the possibility that Disney could spinoff Hulu in a Hulu IPO.

The phrase ‘spinoff Hulu’ refers to the implementation of Hulu as an independent firm via separation from Disney (the parent firm) or through the sale of new shares.

It is unlikely that there will be a Hulu IPO in the near future as Disney has displayed no intentions to list Hulu as a publicly-traded company.

The Future Of Hulu

There are several streaming companies in competition with Hulu. These companies tend to have very large subscriber counts and are well-established.

Several movies can be accessed through this streaming space.

Amazon is a publicly-traded firm with just over 200 million subscribers. Amazon Prime Video is available for those who have a subscription to Amazon Prime. Whilst not everyone who has Prime uses the video subscription

In comparison to Disney+, Amazon Prime video contains a wider array of movies. These movies are in various genres and topics, as such Amazon is more capable of reaching a wider target audience.

Whilst Hulu does not compare to Netflix in subscriber count, Disney+ does compare with Netflix

Disney+ is not technically a Hulu competitor, though I’ve decided to include it for comparison. Disney+ is where you can watch Star Wars, Marvel, and many Disney+ originals.

Through Disney+, users can pay to watch award-winning and popular movies for either a monthly or yearly subscription. Disney+ has over 115 million subscribers, much more in comparison to Hulu.

The reason why Disney+ is not quite a competitor is that although they are both streaming services, they offer entirely different content. Furthermore, as mentioned, Disney owns the majority of Hulu.

It would be a good idea to instead analyse Disney stocks. Looking at all of the reports published by Disney, you may be able to gain a more thorough knowledge of the firm and its business model.

As a publicly-traded company, there are multiple tools you can use to both analyse and buy Hulu stock. Navigating the ever-changing stock exchange can be complex, so we have included various tools below to help you.

Whilst not listed below, it is also prudent to know about the Motley Fool Stock Advisor. Motley Fool is a well-regarded financial advice platform that has a heavy influence on the stock exchange with its recommendations and advisory comments.

Trade Ideas allows you to retain full control of the information that you receive and gives you useful information to help make day trading less stressful. For those who are partial to or considering day trading, then Trade Ideas may be the best platform to use.

Day trading is a complex and lengthy process, directly buying, for example, Disney or Comcast stocks and retaining those stocks for a long amount of time is typically much safer in comparison to day trading.

Nonetheless, for those who are firm in their decision, Trade Ideas would be an ideal option to use.

Investors who want to invest money in firms such as Disney or Comcast stocks in order to invest in Hulu, then it would be a brilliant idea to look into TrendSpider TradingView.

TrendSpider has developed really good UX and UI and the information they display is thoroughly researched. Moreover, their charts and visualised display of information are high-quality and relevant.

TradingView is a high-fidelity platform that offers simply displayed yet well thought out charts and data. It displays prices in real-time and has a very active community of users to help you become better informed of trends and topics that are essential to your investment decisions.

For investors who wish to visually understand how to invest in companies such as Disney or Comcast, then Finviz is the right platform to choose.

They offer a guided tour which helps you to make sense of the app even before signing up to use the platform. It is very user friendly and easy to use. Although the user interface may look a little outdated, the user experience appears to have been designed with care.

If you search for a company using the ticker symbol, Finviz can provide you with clear and concise visualisations of the company, the stock price over time, price changes, etc. It even provides essential details for companies you may be less informed about.

If you search for all firms, you can easily see the sector in which it operates, the industry, and even the country. There are also other pieces of useful information to consider. For example, in the image above you can see that the market cap associated with The Walt Disney Company is 310.82B (as of this moment in time)

To buy shares it is necessary to understand the industry of the company you are investing in and both the short-term and long-term trends associated with that industry. In order to do this, you can use Benzinga Pro, a well-regarded platform where there is plenty of content that analyses the stock exchange.

Benzinga Pro provides high-quality and real-time information and advice to those who are looking to purchase, for example, Disney or Comcast stocks. As a news service for traders, Benzinga Pro is highly suitable.

They also post articles with topics such as ‘How to Day Trade on TD Ameritrade’ and even ‘Short vs. Long-Term Trading’. These topics are sure to be able to help even beginner traders.

Through this platform, investors can provide you with useful information and analysis on various subjects related to trading. They even provide information that would be useful for investing in, for example, Disney or Comcast stocks.

This company has a well-established platform and they always seem to stay up-to-date with the latest and most relevant news. This is highly advantageous due to the constantly changing state and instability of the market.

Through parent companies Disney & Comcast, individuals can easily buy Hulu stock. Whilst Hulu is not publicly traded, there is still a method you can utilise to support the streaming service. Through investing in its parent companies, you can indirectly pour your investment into Hulu.

Purchasing Disney stock (or even Comcast stock) is possible through an online stockbroker. As previously mentioned, there are plenty of investment tools such as Stock Rover and Benzinga Pro. They can help you to invest money in the firms that you want to support or the firms that you believe will yield even more lucrative results in the future.

With a brokerage account, investing is made easy. For those who want to invest in this streaming services company, it would be a simple process to sign up to one of the aforementioned tools or you can conduct your own research based on your preference and requirements.

The price for investing in Disney or Comcast varies every day (as with all other publicly traded companies). The prices change due to changes in the supply and demand of a particular stock. However, there are also various other reasons why prices can change every day. Such factors include inflation, short-term trends, and sometimes even the influence of news.

Since prices can change easily, it is important that you understand that the process for purchasing shares in Hulu can be quite complex.

There is a very realistic scenario where you could lose your entire investment (i.e., all of the money you have invested into stocks), so it would be prudent to first conduct more research before you make any sort of final decision.

Overall, to support the development of Hulu and as such invest in Hulu, you can achieve this through purchasing Disney and Comcast stock. Disney stocks would be the most beneficial as they own the majority of Hulu and have more influence in the decisions made for the company.

What Is Hulu Stock Symbol?

A stock symbol is used to represent the company on a stock market. There is no Hulu stock symbol since it is not publicly traded.

How To Buy Hulu Stock?

What Is The Hulu Stock Ticker?

Passionate in tech, software and gadgets. I enjoy reviewing and comparing products & services, uncovering new trends and digging up little known products that deserve an audience.