Written and Published by Aka Amit on June 16, 2021 - Reviewed by Dumb Little Man 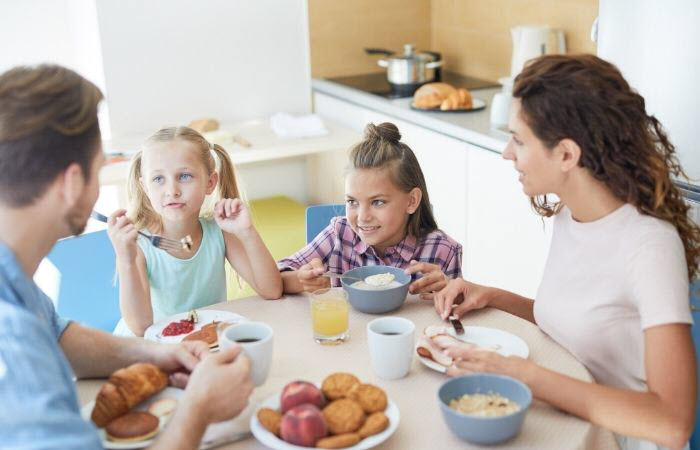 Kid raising is a difficult task, and figuring out how to raise a happy, confident kid becomes more complex as time goes by. Lying begins in childhood and is a natural and necessary stage of a kid’s cognitive and social development; however, it should not become a habit.

When youngsters are old enough to discern between what is true and what is not, it is beneficial to encourage and support them in telling the truth, which can be accomplished by emphasizing the value of honesty in your family and assisting kids in understanding the consequences of lying.

Good words for kids can go a long way toward boosting their morale and improving their day—words of encouragement, for example. When discussing the value of honesty with kids, it sparked a healthy discussion about how important it is to be truthful.

Why Do Kids Tell Lies?

Kids lie for the same reasons that grownups do: to fit in socially, to get attention or prestige, to upset someone else, or to avoid the repercussions of telling the truth. Adults and kids, on the other hand, do not have the same idea of truth.
Kids usually lie for the following reasons:

What Are The Negative Effects Of Lying?

Honesty is the foundation of any relationship because it fosters trust, which allows for simple things like communication and accountability to develop. When a youngster lies, the trust between them is damaged, and relationships suffer as a result. Make sure your kid realizes that lying has negative consequences for others. Here are a few of the consequences of lying that kids should be aware of:

If you’ve ever been deceived, you know how tough it is to trust that person again and how painful it is. So, if you lie to others, it will be difficult for them to trust you again. Make them realize that lying can be harmful to both of their relationships.

Lying for small things is also not a good idea since it will evolve into a habit, and you will be able to lie for bigger things. Make it clear to them that lying is a bad habit that is not tolerated at home or elsewhere, and it will be hard to break the habit of lying once it has become ingrained.

Accused Of Being A Liar

Once you’ve been caught lying, no one will believe you again, and they won’t trust you either. If you’re also telling the truth, it’ll be difficult for people to tell whether you’re telling the truth or lying, and they’ll always assume you’re being dishonest. So it’s preferable to not lie than to be called a liar.

How Parents Can Encourage Kids To Be Truthful

As parents, we are well aware that kids lie for a variety of reasons. Kids are attempting to understand how to behave in public, the difference between actual and pretense, and how to handle conflict. When kids see lying as a way to get out of trouble or avoid responsibility, it can become their bad habit. Kids must learn how to be truthful and why it is necessary to do so. As a result, here are ten ways to motivate your kids to tell the truth:

Spend Time With Your Kids 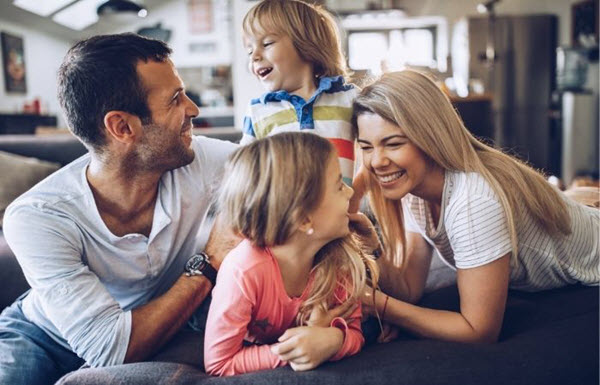 Working parents have a busy life, but they can still engage with their kids regularly. Any form of interaction with your kid is vital and meaningful, whether it is face-to-face interactions before school and work or giving them a small note in their lunch bags. Kids mimic their role models, who are usually their parents. Spending quality time with them will assist them in learning new things.

Spend time together, share your everyday routines, talk about everything with them, whether it’s financial or political, talk about honesty, talk about being true to yourself and others, and they’ll feel more comfortable sharing something with you. The main aim is to make your kid feel happy, protected, and loved so that he feels he can talk to you without losing your love and affection.

Should Reward The Truth

Parents are often quick to scold kids, so they’re afraid to tell the truth. Also, parents aren’t always fast enough to compliment their kids. Before you scold them, consider why they did what they did, what their condition is, and how you will react. Honesty should be rewarded with several hugs and expressions of gratitude.

It will increase self-confidence and promote positive behavior. Kids will have trust in their parents. In addition, children are unable to conceal the truth from their parents. Positive reinforcement, such as praise and rewards, is extremely effective in shaping and motivating children.

He’ll feel great about himself, especially if he’s been caught lying before, when he hears you say, “Thank you for being truthful with me. That’s something I appreciate when you do it.”

Explain Values With Your Kids

There’s just too much distraction in their environment that might lead them to the wrong path. Keep in mind that kids are sponges. They absorb all they see or hear. And it is up to us, the parents, to guide them in the right direction.

Honesty is instilled as one of the essential virtues for children from a young age. Always remember to teach your kids the importance of apologizing, which will motivate them to be truthful. It will help them in evolving into active members of society.

Start Talking About Honesty And Truth At A Young Age

Parents expect their kids to be truthful. When kids lie to their parents, they can’t bear it. They take it seriously. To avoid getting into trouble, some kids lie. Others make up lies to get what they want. This dishonesty may bother you, but it’s important to remember that lying is common among kids.

In reality, every kid lies, which does not mean you can ignore it. Honesty is a fundamental virtue that you can instill in your kid from an early age. Here are a few ways to start educating your kids to be truthful, no matter how young they are:

Make them understand that they should accept it if they make a mistake rather than lying about it. Additionally, explain to them that if you accept your mistake, no matter how huge it is, and you admit it and apologize, no one will be furious with you. Everyone will appreciate you instead. This will help them to realize that lying is wrong and that the truth will always be ideal, motivating them to be truthful.

The most effective approach to teach something is to do it yourself. If your kid sees you keeping your promise, they will instantly follow in your footsteps, but if you don’t, they will believe it is OK to break promises. Make sure you’re true to your words so that your kid learns to maintain promises and be truthful. 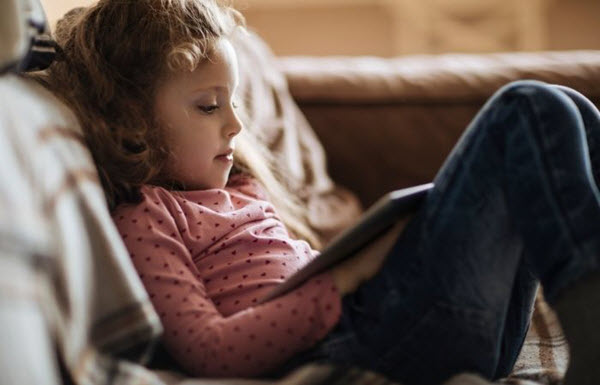 Kids nowadays are always online, whether playing games, chatting with others, using social media, or reading. It’s difficult to tell whether your children are lying or not in today’s digital world. For example, you won’t be able to detect whether your kids are studying on a laptop or browsing the internet for fun.

Rather than being concerned, you should use Parental Control Apps to keep track of what your kid is doing on their smartphone. You may, for example, keep track of whether or not your kid is viewing inappropriate material. You may also set online time limits for them and filter and block videos such as bullying and pornography.

Set A Good Example By Being Honest

Honesty is a valuable positive quality to reinforce in a kid. Kids will struggle to form healthy relationships and have a good future if they are not truthful. Teaching kids integrity requires time, patience, and effort. Parents must set a good example by being truthful themselves. Many children learn their morals and principles by watching and imitating their parents.

Kids can learn that cheating and lying are appropriate behaviors if their parents model them (for example, holding someone else’s belongings without their permission, keeping extra change from a cashier, or lying). Parents should speak with their kids about their actions, what they have done wrong, and what they should do to make things right. Parents should also praise their children for being truthful when they tell the truth.

When your kid lies to you, a mix of emotions is triggered. You might be upset, hurt, and insulted all at the same time. For parents, lying is extremely disturbing because it destroys confidence and trust in their children. Parents are frequently concerned when their children continue to say lies.

When you catch your child being dishonest, it’s a good time to teach them the value of honesty. Assist him in correcting his errors. Let them realize their faults, as well as the consequences of their dishonesty. Encourage them to tell the truth and discuss how he/she may have replied or reacted differently.

Labeling Your Child As A Liar Is Not A Good Idea

It’s just too easy to say things we don’t mean in the heat of the moment, and sometimes things we don’t think will stick with our kids can hurt them. When we mark a kid as a “liar,” you send the message that these are their permanent characteristics. When your kid hears you, whether it’s by your words, actions, or overhearing conversations about them, they’ll begin to believe that this is simply who they are.

Focusing on your kid’s actions and choices is better than calling them a liar because it allows them to turn it around and make better decisions the next time. When you respond with patience and concentrate on the action itself rather than labeling your own child a liar, you’ll get better results because it sends the message that they’re still good and that they’re loved despite the lapses in their behavior. On the other hand, calling your kid a liar is hurtful, and that can be hard to recover from.

Teach Your Kids To Speak The Truth

Then, instead of blaming, listen carefully and resolve whatever the misbehavior was. Make it clear to them that you choose to hear the truth over lies; even though the truth is difficult to hear, encourage them to tell it.

Discuss The Consequences Of Lying

It’s beneficial to speak frankly about the realities with your kid to make them more conscious of how lying affects them as an individual. Explain how lying can negatively impact the trust between people who care about each other. Ask your kid to think how he/she would feel if you told them a lie. Are they going to doubt you the next time? Will it affect their faith in you?

Let them realize that if lying affects them, it will also affect others. It has the potential to destroy trust between two people, causing them to lose trust in you and making it difficult to regain trust. Let them realize that they should develop confidence rather than break trust and always tell the truth, no matter how difficult it is.

How do you motivate your kid to be truthful?

What is the best way to teach a kid not to lie?

Every kid may lie from time to time, but it is critical to remove dishonesty from the source so that it does not become a habit. Kids lie for several reasons, but the most important and concerning one is to stay out of trouble. When your kid understands that you accept the truth, you’ll see a lot more honesty in them, and they will feel more at ease sharing things with you without lying.