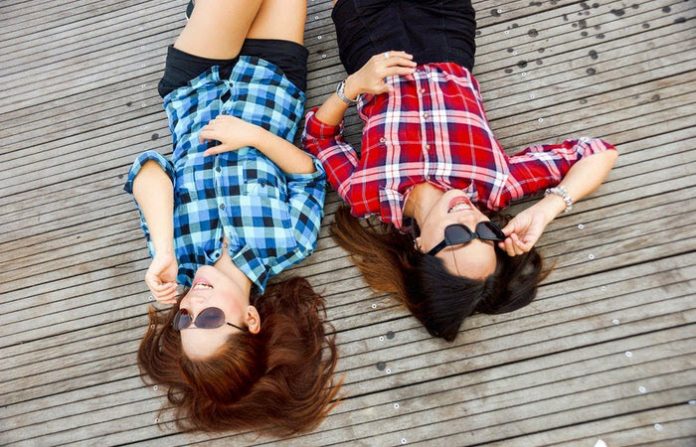 “You are the average of the five people you spend the most time with.”

The reason why so many people are unsuccessful today or haven’t begun their journey to success is that they take the said statement too lightly.

Are you one of those people?

Maybe you’ve been keeping your fingers crossed and hoping your current friends would wake up and change. You keep giving them chances, yet nothing happens.

Newsflash: People rarely change. If they do, it usually takes a tremendous amount of consistent effort to change their habits.

But, did you know that your circle of friends could determine where you’ll be in terms of success?

You might not notice it yet, but take a moment to reflect on your friends’ attitudes, words and actions. It’s best to write them down or type them on a screen so you could see and cast proper judgment.

How do friends influence your life? Observe these three things and you’ll get a clearer idea.

1You Start Thinking the Way They Do

More often than not, we start to mimic people who surround us. It’s Biology.

We use it as a bonding method and to encourage social interaction with people who we want to like us.

How do friends influence your life?

If your friends are always complaining, chances are, your mind will be filled with complaints daily and you won’t even know it.

And this is exactly why I asked you to carefully reflect on your encounters with your friends.

In high school, I remember spending time with a group of people who were fans of Anime movies and TV shows.

Nobody I’m related to watches Anime and I didn’t grow up being too exposed to it. However, after being with that particular group in high school, I started to watch Anime TV shows and movies as well.

Of course, today, I no longer hang out with that group and my interests have changed. This strengthened my point further.

The good news? You always have a choice.

If you see yourself growing with your current circle of friends, good for you! If not, take action to change that.

Remember, everything starts out with a thought. Right now, if your thoughts aren’t already gearing you up for your dream life, take a closer look at the environment you’re in.

We can’t change how you got here, but you can steer yourself to where you want to be by first changing the way you think and the ones who influence your thoughts.

See Also: How To Design Your Circle of Friends

2You Act the Same Way as Them

I learned words I’ve never heard of before and went to events I never thought I’d be in. I even started cutting my hair similar to the characters I watched!

Did you notice this about yourself?

Even in subtle ways, our friends’ behavior could influence the way we act. It could be the way they flip their hair or how they play with their fingers.

What more when it’s toxic habits?

There are still people who have REALLY good willpower.  But, the general rule is we tend to act like the ones we spend the most time with.

One of my sisters used to have a weight problem. She was obese the first fifteen years of her life. On the year she turned seventeen, she lost over sixty pounds.

One of the people she hangs out with the most is a friend from the gym.

My sister would come home with different kinds of healthy food recommended by her friend and tells me about new workout places that we could go to. Never in a million years did I expect this to come out of her mouth before she started losing weight.

She was the sister who couldn’t stop eating all the time and would just disappear whenever you started talking about exercise.

Her biggest factor? Her friends!

They had similar goals and aspirations, so they helped bring her to the direction she wanted to be!

Whether it’s losing weight, creating more networks or building your startup, your friends will be your guide and support group.

Besides, whenever they’re doing their own thing, you can’t help but be inspired and challenge yourself to new heights.

3They Could Expand Your Network and Give Valuable Connections

It’s not about what you know; it’s who you know.

Who you’re associated with can either increase or decrease your value to another person.

Let’s say, if you’re associated with Bill Gates, you’re more likely to be viewed as a VIP.

If you hang out with friends who are known in the business field, you’ll most likely be introduced to like-minded people and even be associated with their traits.

And you shouldn’t limit yourself to offline friends either!

You can have online friends with whom you can exchange ideas and insights with. You can even attend activities, like webinars, together.

Do you think you could say the same to your friends?

See Also: Making Friends and Increasing Business Contacts is Easy If You Know These 7 Secrets of Socially Successful People