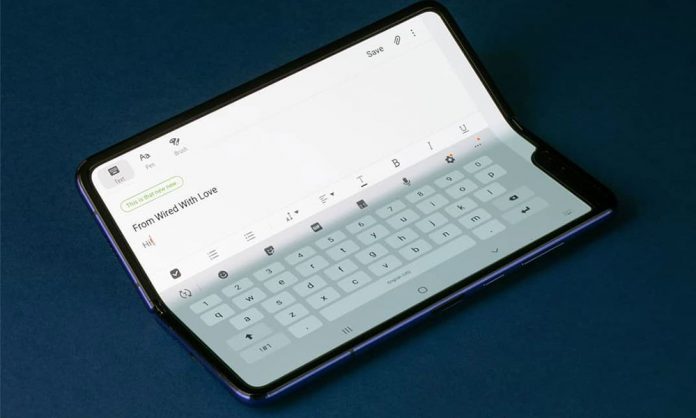 Even though the idea of a foldable smartphone is as old as the hills, the desire to embrace an elegantly flexible device had never seemed more passionate before. What appeared to be merely a flash in the pan not too long ago has seemingly brought the entire smartphone industry to a standstill.

Suddenly, almost everyone is looking forward to a phone that can bend gracefully and also double up as a tablet. From a practical point of view, the prospect of having a device that can meet multiple needs so effortlessly does appear to be sweet candies to the eyes.

But then again, not everything that glitters is gold. And when you are dealing with something that’s yet to withstand the test of times, you’ve got to move ahead cautiously.

It’s this skepticism that has forced me to look into the future of foldable smartphones and figure out what lies ahead — both the freaking good and bad. And oh, I’ve also dared to discover some worst case scenarios.

So, take a deep breath and walk along with me…

What’s so good about the foldables?

For starters, I would like to talk about foldable phones’ plus points. When it comes to flexibility and convenience, a flexible device is a much better bet. And there shouldn’t be any doubt about that.

The idea of a one-hand smartphone and a two-hand tablet bundled into a pretty compact device looks really appealing both from the productivity and user-experience point of view. Instead of having multiple devices to meet different requirements, it’s always tempting to have just one that can get all the things done with equal efficiency.

Depending on your convenience, you can seamlessly switch between the small and large screen to carry out different tasks — from snapping a quick look at your latest messages, watching your favorite Netflix shows to giving a shot to the high-octane shooting games.

The possibility can go far beyond than this basic usability. Going by this futuristic Nokia Morph phone’s prototype that was released more than a decade ago, a foldable smartphone could also turn into a super flexible smartwatch!

Of course, it does look a bit too far-fetched right now as the tech isn’t yet ready to achieve this level of precision or flexibility. After all, the transition from a full-fledged phone to an ultra-elegant wearable device appears to be nothing less than a wild fantasy. Something most of us would love to embrace even in the daydream!

However, I do look at this prototype with plenty of optimism. And, I won’t be surprised if we come across a smartphone that can do the role of not just a tablet but also a smartwatch a few years from now.

This is just the tip of the iceberg. There is a ton of possibilities that may take shape as foldable smartphones finally discover the secret of spotless flexibility.

What Looks Not So Cool At All?

Getting a foldable smartphone just because it can bend inwardly or outwardly sounds funny to me. Sensing the euphoria surrounding the bendable screen, a number of known and not-so-well-known players have jumped on the bandwagon.

Long story short, the innies and outies seem to be dime a dozen now.

And frankly speaking, there are quite a few flexible smartphones like Royole FlexPai and Samsung Galaxy Fold that look bulky with plenty of bezels. If the future forces me to deal with so much of notch and bulky design, I wouldn’t mind holding myself back for a while.

Ok, even if I’m ready to jump the ship, the ugly looking hinge that doesn’t allow the device to fold flat and kind of even prevents it from looking normal seems to turn me off right away. One of the reasons why I would like to have a device with a bendable screen is that I can comfortably hold it in my hand and even put it in the tiny pocket.

But if the device doesn’t serve these two important purposes, it would be hard for me to go for that. And I guess many other people would be looking at the hinge from that perspective.

I mean if it’s a flexible device, I must be able to wrap it up the way I want. And it must continue to look slim even after the fold. Coming back to the long bezel that we had all badly wanted to remove from smartphones, I’d like to have a completely bezel-free device. Otherwise, what’s the point of innovation if it can’t offer me a better experience?

And The Worst Part…

When you have the most expensive gadget, you should expect nothing less. Sadly, as of now, all the foldables that have just come out swinging appear to be nothing more than a concept.

So, expecting a top-notch performance from a device that is yet to go through a grind is fraught with risk.

When the dust finally settles, it’s the reliable performance that keeps us hooked with a device. Is the software ready to gel along with the foldable screen? No yet. It’s gonna take some time before we can have a seamless software experience.

Even after paying an extravagantly high price, if you end up getting something that doesn’t deliver better performance, you would certainly not be on the winning side of the fence. At least for now…

After giving a close look at all the flexible devices that are trending now, they are definitely not meant for folks who have butter fingers. Just an ugly drop or an accidental bump and you are staring at a completely scratched screen!

As the bendable screen is made of plastic, which is softer acrylic material, it’s more vulnerable to scratches than glass. As compared to glass, the plastic display is less clear. Besides, it has a transparency rating of just around 93%.

Unlike glass, plastic can’t withstand extreme heat as it tends to melt at a relatively low temperature. Besides, the latter is less smooth and responsive than the former.

“Steve Jobs asked Corning’s CEO to make a glass cover that would protect the iPhone from scratches and cracks. Prior to the iPhone, touchscreen smartphones used soft plastic on top of their displays. That was suitable for a stylus but terrible for finger touch interactions. Corning only had a six-month window to deliver the goods, and that’s how the first Gorilla Glass was born.”  — The Verge

In what was shocking news to Samsung, the much-hyped Galaxy Fold screen started breaking even before reviewers could take a close look at the smartphone. Many tech tubers complained about the faulty screen, saying it’s too fragile to resist even minor scratches. Not to speak of the delicate crease that seemed to spoil the entire viewing experience.

Frankly speaking, I had expected the fragile screen to create a lot of trouble. But the trouble began sooner than what I imagined — at least not from a device that comes at a whopping price of $2000! Once again, South Korean multinational conglomerate has frittered away the advantage even after being a first mover.

In the backdrop of heavy criticism, Samsung had no other option but to delay the Galaxy Fold launch. The fiasco has not only badly hurt the reputation of the South Korean tech giant but also put a shadow on the future of foldable smartphones.

With the world’s leading smartphone vendor failing to live up to the expectation, will other manufacturers like Huawei and Xiaomi dare to take the plunge? I seriously doubt if they would be able to execute their futuristic devices on the expected line. And given the kind of bashing that Samsung has received, other players would be completely shaken to get into the fray.

And oh, what about the prospective buyers?

I guess most people (except the tech nerds) would already have dropped their plan of embracing the foldable device in the near future. After all, no one would ever want to end up with an extravagantly priced smartphone that hardly lasts a day or two (no pun intended)!

How long can you shield the display that can get roughed up even by minor scuffs? There could definitely be times when it may come face to face with regular hazards. And just in case it gets damaged a bit too frequently (because not everyone is perfect), would you always be ready to spend tons of dollars to repair the device that’s priced at par with your MacBook Pro?

That brings me back to what the future of flexible smartphones holds. Of course, the shortcomings that I’ve just raised may get ironed out. We may see a more accomplished avatar of a truly foldable device.

However, unless and until that translates into reality, I’m going to stay away from these novice-looking devices that showcase a world of promise but lacks the execution to live up to the billing.

Jignesh Padhiyar is the co-founder of iGeeksBlog who has a keen eye for news, rumors and all the unusual stuff that happens around Apple products. During his tight schedule, Jignesh finds some moments of respite to share side-splitting contents on social media. 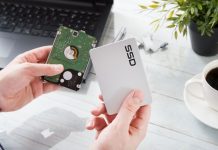