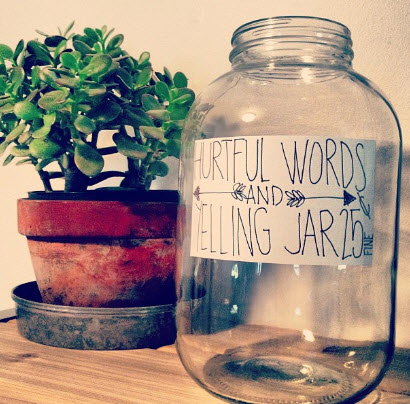 Last week, I was about to walk into a Whole Foods while a twenty-something year-old man was heading out.  I was carrying a gym bag, a purse and a couple branded shopping totes for the items I expected to pick up. In other words, my hands were more than full. The young man had an ear bud wired to his cell phone which was tucked into his shirt pocket and was eating a scone.

His load was much lighter than mine, yet he seemed to wait for me to open the door.  I did and, after not hearing any words of thanks from him, made sure I relayed a very audible, “You’re welcome.”

He stared at me and blinked. Yes, I was sarcastic. Yes, I was angry. I felt he was self-pre-occupied, inconsiderate and should be ashamed of himself.

Then I ruminated about what I said and why? Basically, I scolded him. I spoke as if I was coming from some higher moral place and wanted him to feel bad.

I had to ask myself some questions. Would the brief scolding improve the thoughtfulness? (I contemplated that he probably laughed with his friends later about the incident.) Did the brief scolding make me feel any better? That was an even more important question, and I had to admit it didn’t. Being sarcastic with him didn’t make me feel better. I didn’t let go of my perceived slight, my moral outrage, any sooner.

Thinking before you speak considerations do not fall under any sort of action tip category, but they can be very important to your image, to your relationships, and to your peace of mind.

Here are some of the thoughts I try to run through my head – before words run out my mouth.

If responding to something someone said or did, ask yourself if there was intentionality involved. Did the other person mean to be unkind?

Before reacting to words or actions I might not employ myself, I will still try to understand motive. I’ll try to ask myself if the other person meant to be mean or if he was simply being ignorant.

If someone is simply being thoughtless, it’s usually not worth the energy required for a clever put-down. If a person is really ignorant, he might not even understand my barb, and not being understood has never made me feel good.

Before making a verbal response to something I don’t like, I will ask myself if my issue is with the person, with a comment or action, or with me.

If I just don’t like the person, I will remind myself that there’s probably nothing he could say that I’d agree with, so reacting to any specific comment is not going to help us get along, which is probably all I might hope for in the relationship.

If I am reacting to a comment, I will try thinking about ways to disagree with the comment without making the person look stupid, feel defensive or wrong. This doesn’t mean I will stay silent, but I will definitely spend time composing my words before firing them off.

I will also ask myself if I experienced anything recently that frustrated me. If I am really resentful or angry about getting a parking ticket or something else that happened to me that day, it’s unfair to be flippant to someone who just happens to be in front of me.

Before making any kind of comment in reaction to something, I want to remember that to other people, what I say is who I am.

When I was a younger woman, I felt self-conscious that I didn’t have a traditional job. I wasn’t a teacher or accountant or lawyer. I often felt bad about this and when, in a social setting, I’d be asked, “What do you do?” I’d often announce “I’m a female impersonator.”  I’d do this to be clever and to confuse people. When I’d say this, people would stare at me, often unsure how to respond.  I don’t talk this way anymore, especially with people I don’t know.

When I say “what I say is who I am,” I don’t mean I believe I can be whatever I tell people about myself. I mean that speaking truthfully is more important to me than being clever or disarming.

A person who speaks truthfully and considerately is who I want to be in the world, how I want to be perceived.  My words are at least if not more important to my public image than clean clothes and combed hair.

It’s good to think about the impression you want to make and the person you want to be before making the first pointed quip that comes to mind.

4)    What is my relationship with this other person?

If a relationship is important to you, building up a case to prove you’re right about something should be far less important than letting the other person know he or she is important to you. Not that you have to put yourself down or lie to make someone else feel good, but if your main reason for speaking is to build yourself up, you might re-think your contribution to the conversation.

Do you want to encourage trust? Demonstrate competence? Kindness? Understanding? Cooperation?  What qualities would be important to the relationship?

Even if you want to show off your sense of humor and quick wit, think of who you are with and about how you can do this without going totally negative. Lots of friendships revolve around sharing wicked clever observations, but sometimes going too negative will just make you look lame.

The other week, my boyfriend commented to me on how he thought I was acting particularly spacey. I did a quick inventory of moods that probably visited me that day and I didn’t feel spacey applied. I probably could have admitted to being impatient or other less than angel perfect ways but didn’t feel I owned this category. Then I realized he forgot to take his wallet when he left for work in the morning.

He was projecting. I know I do this, too, at times. I think most people have done this; criticizing someone for reminding them of something they don’t like in themselves.

So, before responding to someone in a particularly critical way, I try to ask myself if there is any judgment about myself hidden in what I think I see in the other person.

I don’t think I’m espousing the Sunday School philosophy “If you can’t say something nice, don’t say anything,” but I recognize that in the heat of a conversation or as a reaction to a person or type of person I don’t especially like, I have wished I could take something I said back.

I have learned to save sarcasm for friends I know well and am grateful when I think before I speak. 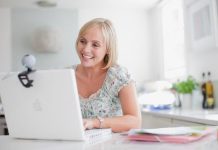 How to Keep Your Struggling Remote Team Motivated 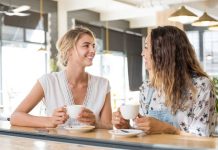 Communicating with the Hard of Hearing (HOH) Does Not Have To Be Hard. Read These 7 Tips! 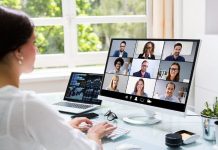 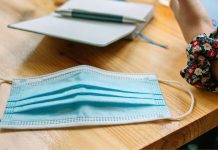 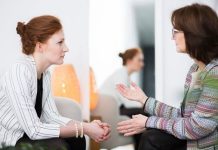 4 Ways Some People Cope Better Than Others