Personal Advice on Finding The One

Written and Published by Matt Parsons on March 1, 2019 - Reviewed by Dumb Little Man 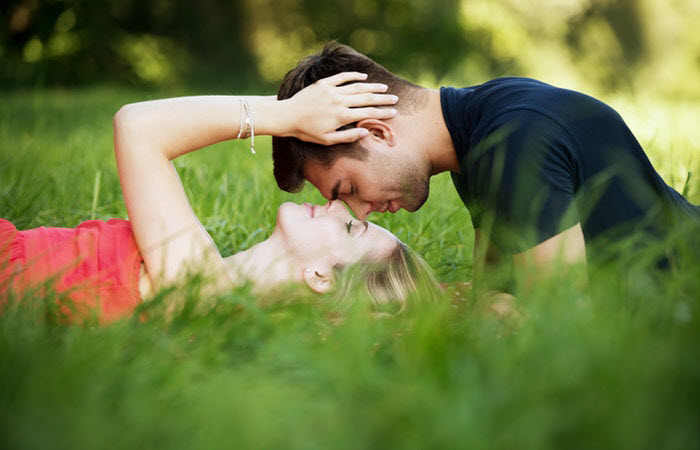 Many of us wonder if we will ever find “the one.” Some people don’t believe that “the one” exists and that we shouldn’t be tied to just one person for the rest of our lives. To start with, the idea of being “tied to someone” is hugely negative and if you think like that, then your relationship certainly won’t be free.

Some people simply don’t care about finding the one. However, as I’ve gotten older I hear more and more people saying they are still searching for the one. As they go along, it becomes more of a burden than exciting for them.

Let’s look at the facts. There are approximately 7 billion people in the world and according to worldometers.info, 50.4% are men and 49.6% are female. The chances of finding someone you love is huge. It’s a big world out there. Often we end up staying in our small circle of friends. We go to work and then come home.

Sometimes we may join an evening class or go to the gym, often in hopes that we bump into someone and instantly fall in love with them as we see in the movies. The truth is, from my experience, it doesn’t always happen like that. I found that meeting people in a bar or online didn’t really work for me. I know there are millions of people out there that it has worked for and that is so wonderful. But for me, it was very different.

I loved the idea of “the one” ever since I was a teenager. In fact, when I was 17, I went out with a girl for almost three years and we were convinced that we were going to get married. It turns out that we didn’t and as sweet as she was, I’m really glad that we broke up. I’ve had quite a number of relationships over the years. 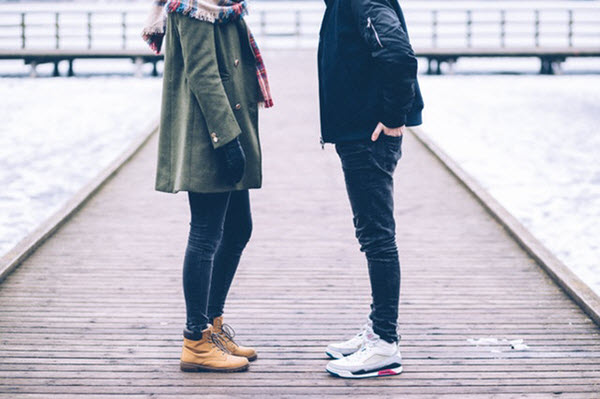 During the times that I was single, I would be constantly looking at people to see if I get that magical moment when you instantly know you are meant to be together. The more I looked, the harder it became. I have dated some lovely people and I have certainly fallen in love with some of them.

But I knew deep down that it wasn’t right. I had a feeling in my stomach that told me I needed to leave. I often ignored it and tried to make it work anyway, but this only led to more heartache for both people.

I decided to completely give up. I managed to get to a place where I was totally happy with being on my own. I decided that I wasn’t going to date anybody and I didn’t even want anything casual. It all became about me and my life. I took myself on trips abroad and weekend trips in my campervan and I didn’t bat an eyelid to anyone.

If there were any signs of flirtation, I would play along, but not talk myself into the fact that I had to fall in love with this person. It was actually a really nice place to be. There was a weight that got lifted and the clouds that hung over had cleared.

While all of this was going on, I was building a really strong friendship with a woman from work. I had not looked at her in a romantic way before. We just enjoyed each other’s company and had a laugh together. As the months passed, we were spending most weekends together and even staying over each other’s houses — just watching movies, drinking wine, and eating popcorn.

She had been giving me advice about my dating life and I was doing the same for her. One night we were watching a movie in her bedroom and we cuddled up. The movie finished and we just stayed there for hours. I felt so completely at peace and after a long battle in my head as to whether I should kiss her or not, I decided to go for it. This was a bold move considering we were close friends, we worked together and that I had given up on dating.

Was it a really passionate, love at first kiss, like you see in movies? No. To be honest, it was a little awkward. Nevertheless, we kept hanging out and we were completely open and honest about how we felt about the situation. We both loved each other’s company and if we both decided to go for it, then that would be it. No messing around.

In retrospect, what happened is that we realized we actually loved each other, but as we were both not looking for love and we were not interested in sex at the time, we just fell in love based on our personalities and incredible friendship. We got married 18 months later and now we have our first baby on the way.

The strange thing was that on paper, we aren’t necessarily the perfect match. When I was online dating, I would scroll through photos and dismiss people who were probably wonderful. We put so much on the first moment, love at first sight experience that we are led to believe will happen.

The wonderful thing about our relationship is that we are fundamentally friends. We do have a fantastic sex life but take that away and we are the best of friends who make each other laugh and want to be with each other all the time. However, I understand that this may not suit everyone and I completely understand why. We both have our own individual hobbies, which is so important as we need to keep our own identities.

Finding the one will be different for everyone, but I do believe that they exist. I could argue that not everyone is destined to find somebody, but I’m just talking from my own experiences. I know that what I have with my wife is incredible and I couldn’t imagine a relationship with someone else being any better. 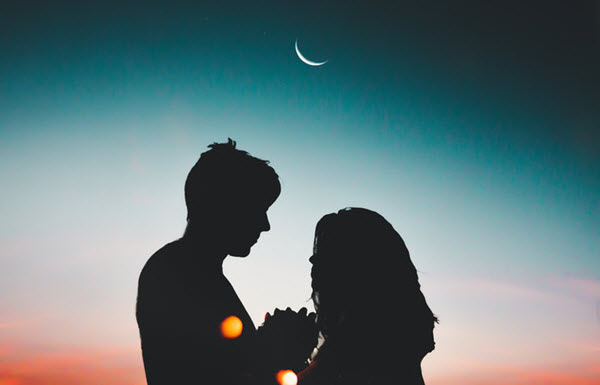 The key is to listen to what your instinct is telling you. If your gut or intuition is saying something isn’t right, then you must listen and act on that. There’s no point in wasting time, energy and emotion on something that isn’t going to work.

Yes, you can make relationships work and some people become life long partners. But there’s a difference between staying with someone that you love, who you know isn’t the one and living your life with someone you feel like you’ve almost known in a previous life.

I know that if I had stayed with previous partners who I loved, I would not be completely happy. I didn’t want love to be the reason I was unhappy. I knew that someone was waiting out there for me. It’s just ironic that I was searching for that ultimate love elsewhere when she was just right there before my eyes.

See Also: Finding Your Soulmate: 6 Ways To Know When You’ve Met ‘The One’

Get daily tips and tricks from Dumblittleman!
Your subscription could not be saved. Please try again.
Success! You are now a Dumb Little Man! :)
<div id="sib-container" class="sib-container--large sib-container--vertical" style="text-align:cen