Do You Know This Scientific Solution For Performing Well Under Pressure?

Written and Published by David on November 1, 2013 - Reviewed by Dumb Little Man 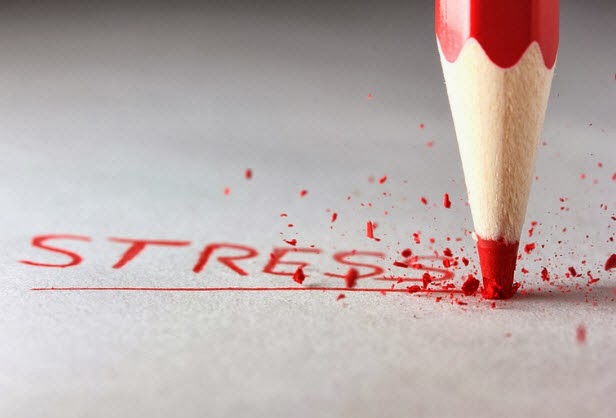 Sitting next to her in precalculus class, I was very nervous. I had never asked a girl out before.

As I forced myself to ask her if she’d “like to go bowling with me sometime,” I spaced out mentally. Luckily, she said yes, which made me feel a strange mix of euphoria and nervousness, and I think I smiled and squeaked out a few words of approval. My mind was spinning with too many thoughts. Why? I really liked her and didn’t want to look stupid, which increased my chances of looking stupid, because the pressure I placed on myself gave me difficulties with routine things like speaking and thinking clearly.

But when we watch movies, the hero always seems to know what to do and often does it with perfect, calm execution. We tend to glorify those who can withstand high pressure and perform well, whether on film or in real life. Perhaps it speaks to a common fear people share – ruining a golden opportunity with everyone watching. We all want to execute like clutch athletes in sports, suave romantics, and gifted public speakers.

How is it that some people do so well under pressure while others visibly shake?

Those who thrive under pressure seem to act as if the pressure doesn’t exist.

What if I told you there was a simple action anyone can take to deflate a high pressure situation? Such a simple action exists, and it’s based on a 2013 study that suggests high-pressure performance depends on which side of the brain you rely on.

The Weird Science Tip To Help You Perform Under Pressure

Pressure gets the best of the common man because when he enters a high pressure situation, he reacts in a way he thinks is beneficial, but is actually harmful.

An amazing study on athletes was published in the Journal of Experimental Psychology: General. It found that athletes performed noticeably better in high pressure situations when they made a fist with their left hand. (source)

They tested athletes in soccer, Taekwondo, and badminton. The soccer players took penalty kicks in both low pressure and high pressure (large audience) situations. Shots were taken while making a right or left fist. When players clenched the left hand in the high pressure environment, they performed better than they did with the right hand clenched (and their left fist performance under pressure was similar to a low pressure environment).

This left fist superiority held true in all three sports tested. When clenching the right fist, no improvement was seen. In Taekwondo, for example, squeezing a stress ball with the left hand before attempting a kick combination in a high pressure environment actually resulted in improved performance over the low pressure environment.

Curious, I personally tested this left fist theory on the basketball court in my YMCA league on two separate occasions (high pressure games, as girls were watching). It worked both times! I played noticeably smarter and shot better from 3 point range by clenching my left fist at various times during play.

Why Clenching Your Left Hand Works

In sports, the right side of the brain is critical because it controls muscle memory. Michael Jordan developed masterful muscle memory to the point he could make free throws with his eyes closed. When the brain’s right side operates without distraction, athletes are said to be “in the zone.” Their confidence soars and the game slows down for them. Can you see why?

They think less and their (right brain) sports instincts take over.

At the free throw line, a choker will think “We’re tied with one second left. This is so important. Oh boy, oh boy, I have to make this!” This is the left hemisphere of his brain distracting him from doing what he knows by muscle memory. He falsely believes that elevating the importance of the moment in his mind will help him to “try harder,” but it can only hurt. It can’t make a free throw easier because it won’t improve muscle memory.

That’s the science, and now for some speculation on how else we can apply this data…

When To Try Making A Left Fist

We already know that the left fist clench can help us in sports, but where else might it benefit us?
Clenching your left fist is apparently enough to activate your brain’s right hemisphere to a degree of significance, which presumably decreases your left brain activity. If clenching the left fist works to decrease “left-brain overthinking” by triggering the right brain, there are far more possibilities for application than just sports. Any situations with a heightened sense of pressure and overthinking could conceivably benefit from a tight clench of your left fist!

Here are a few ideas for you to try…

When your brain’s analytical side goes crazy, it side dominates in the same way the right side dominates when athletes are “in the zone.” This especially makes sense when you think about what supreme confidence does to the body. High amounts of confidence correlate with low amounts of cortisol, the stress hormone. In the times I’ve been in the zone playing basketball, I have no worries about my ability to play well and make my shots. My left side was calm and my right side was in tune.

So when you’re over-thinking, worried, stressed, or just need to let off some steam, make sure you use your left hand to squeeze the stress ball. You’ll be saying, “HEY! Wake up right side! The left side is losing it!” Your right side should awaken and help restore your mental balance… in theory. 🙂

The next time you have three days to complete a deadline with five days of work to do, switch careers. But if you can’t do that, for now you should make the world’s strongest left fist and pump it into the air repeatedly. The first effect of this trick is public embarrassment, which you’ll be immune to with your left fist (haha, probably not). The scientific benefit is pushing your brain’s mechanical side into gear to “just do it” without worrying too much.

Let’s face it, when we know the work that needs to be done, the stress and worrying associated with deadlines only distracts us. The right side of the brain is also believed to be the creative side, so it could potentially be a double bonus for productivity and creativity.

Make a left fist before asking a girl out, but don’t walk up to her with a clenched fist (bad first impression). Making yourself vulnerable in a romantic setting is not easy, especially if you tend to be over-analytical (like me). In these instances, the left brain takes over and analyzes 400 different scenarios and ideas. Aside from techniques like a countdown until you have to make a move, clenching your left fist could possibly help you to ease off of the left-brain thinking.

There you have it – making a left fist can help you stay cool and perform under pressure. If behavioral science and neuroscience like this interest you, but you’re not one to read boring studies, you’d love subscribing to Deep Existence. I read the studies for you and share the science in entertaining and applicable ways.

And you’re not going to want to miss out on my upcoming book, Mini Habits, where I will share the winning strategy that has me going to the gym at least three times a week, writing about 2,000 words a day, and reading every day. Sign up here to keep tabs on the book and receive my personal Tuesday messages (or to learn more and see the three bonus gifts you’ll receive)!

Get daily tips and tricks from Dumblittleman!
Your subscription could not be saved. Please try again.
Success! You are now a Dumb Little Man! :)
Follow us :
</d