Written and Published by Sanjay Sehgal on September 18, 2021 - Reviewed by Dumb Little Man 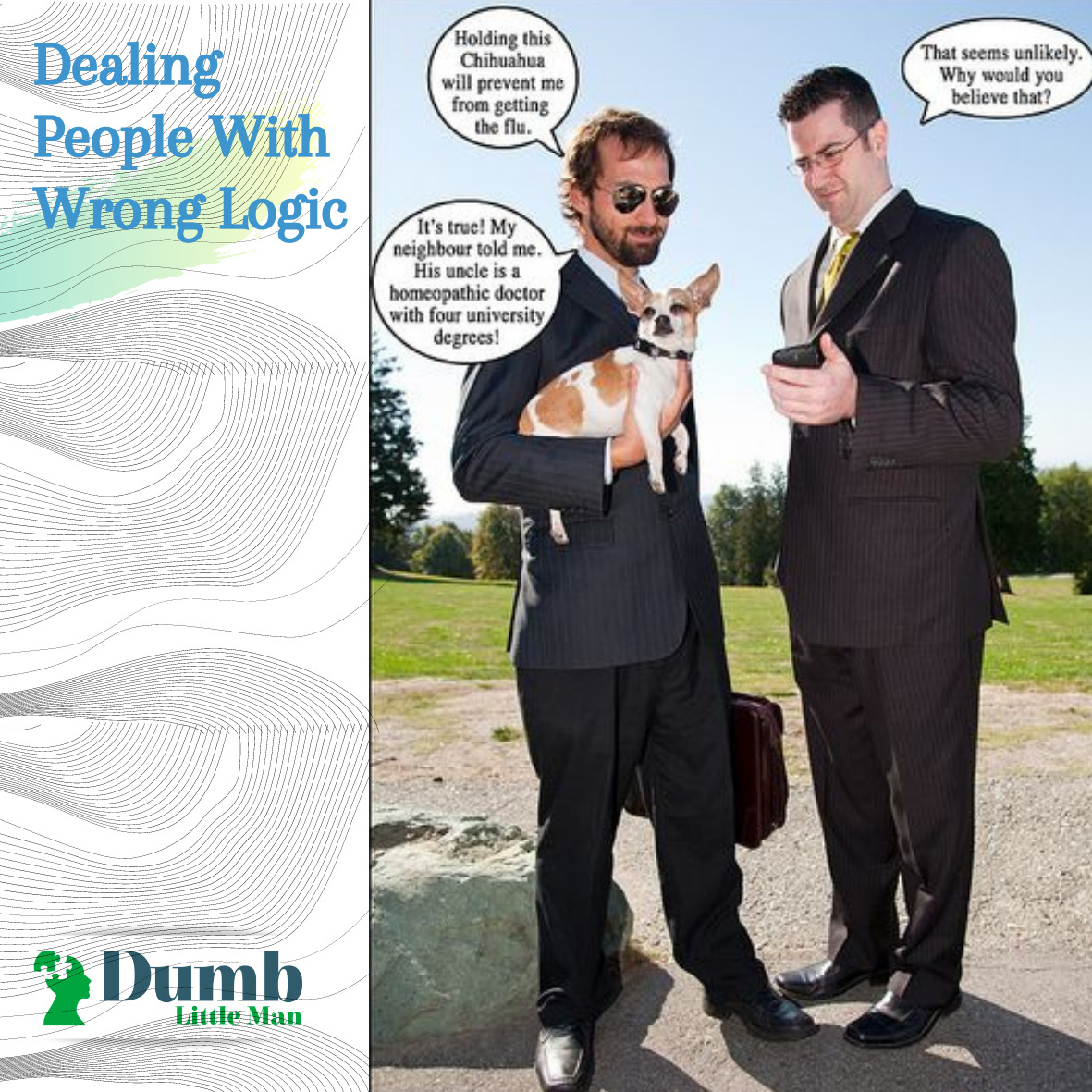 ‘To err is human’ said Alexander Pope in one of his poems, backing his stance with various rationalizations.

But as a human do you really believe in this maxim or are the synapses in your brain already firing to formulate a counter-argument?

Mostly we avoid thinking about being wrong, even though deep down, we all know that sometimes we make mistakes. But, when it comes to owning up to those mistakes, many of us get defensive but worse, some of us begin resorting to fallacy.

Harry and Tom are friends, who work as managers of a manufacturing unit in an organization. They are planning on expanding their individual teams. 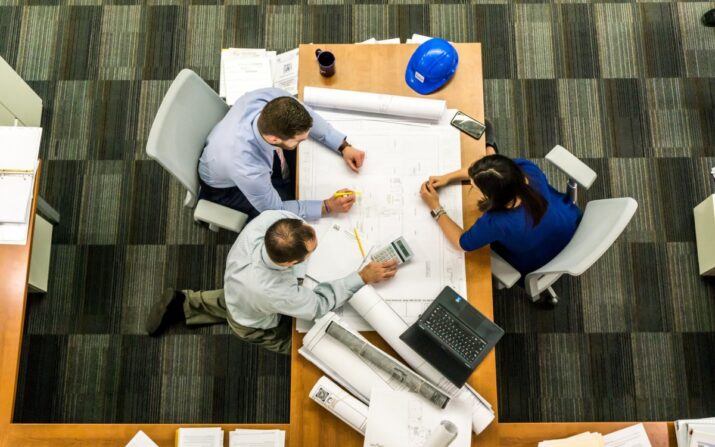 The teams are finalized except for those of the team leaders. Harry and Tom, have both interviewed a couple of candidates, and have zeroed in on two profiles – Mr. Malfo and Ms. Grainger.

Tom: “Studies show that in manufacturing units, people generally prefer to work for a man over a woman.”

Tom: “I think I will take Mr. Malfo as the team lead, even though that he has zero experience when it comes to working in manufacturing.”

Harry: “Ms. Grainger is a mechanical engineer by profession, and she has experience of working in the manufacturing line. I think I will take her in my team.”

While I could tell you what happened next, or which one was seen to be a better team leader, I’d rather refrain. Because my point here is about the problematic logical fallacy and its prominence in a company’s culture.

As a CEO and business coach, I see so many people dragging down a conversation with wrong logic to prove a point, and I will not deny that it is extremely difficult to deal with them.

However, after having spent a good number of years in people management, and countering several fallacies, I learned some key mantras that help me while handling people with wrong logic.

Counter logic with intellect, not emotion

Dealing with people who are convinced of their incorrect logic is a mental battle that demands intellectual prowess to counter. They’re convinced of their reasoning, and used to the opposition, and seem to revel in provoking a reaction. It is better to not get emotionally triggered. 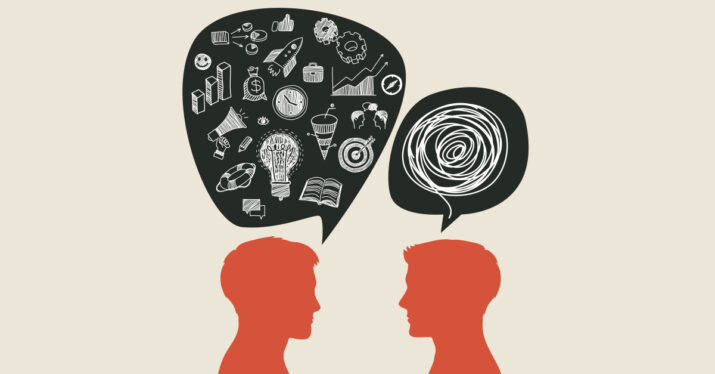 The first sign of intelligence is to remain silent, and the second is to refrain from countering incorrect logic. Venture a response if a question is directly posed, but play the long game. This provides the opportunity to gather information and to understand the level of ignorance faced.

Once you gather enough data, you can then use your knowledge to counter that person’s false notions with facts and figures. Do not get emotional, remain calm and composed even when the discussion seems frustrating or infuriating.

Even if you get drawn into the maelstrom of argument with a person who remains convinced of their incorrect logic, always remember that the aim of argument or discussion is progress, not victory.

There will be emotions at play, especially with someone who’s clearly ignorant of the facts. It’s usually these emotions that keep people from listening and decoding presented facts. Knowing what motivates this person is usually helpful in such a situation.

Mike was part of a leadership team that was trying to revamp the policies of his organization, a process that necessarily included some restructuring for efficiency. This meant reshuffling people – taking them out of the business unit and moving them.

All the logistics were in place. The financial gains were set to be significant. The process improvement would have a positive impact on clients. Everything was transparent and even quantifiable. However, one of the leaders was not convinced by any of these facts and figures.

Even as she explained her logic and reasoning, Mike was tempted to continue convincing her on the value of the business moves but decided otherwise. Later, through some further probing, Mike found out that her objection was not to the business moves with regard to its value, but more because she felt personally responsible for those who she had hired into the roles, and that this reshuffling would affect their lives.

Once Mike learned the real reason, he was able to figure out a way to design the reshuffling in such a way that the effect on the lifestyles of the concerned individuals was minimal. The emotional issue was resolved, the leader was motivated again and could focus on the logic. Ironically, she was the one leading the revamp later.
Gauge the response

My third way of dealing with people convinced of their incorrect logic is trying to gauge their response instead of countering them with reason, logic, and facts.

I do this by applying German psychologist and expert interpersonal communicator Friedemann Schulz von Thun’s Four-sided communication model. The model explores how every communication has a factual side, a relational side, a disclosure side, and an appealing side.

The communication model looks at how incorrect logic is established in the mind of the person, and how to deal with it. Like if a person is not responding to facts, then they are most likely responding to some other aspect of what you are saying.

So, what you do is ask them to repeat what you said, which tells you which part of your conversation is the problem. Once that is done, use it to establish a relationship with the person and strike a conversation.

If it works, then the way ahead is smooth. You can then draw the person’s attention to the facts and try and appeal to the desire, advice, instruction, or the point that you are trying to make.

However, if you fail, then my advice to you would be to save your logical facts for another time.

It is always a challenge to deal with people who are illogical. You might identify them as illogical, but they may be unaware and that makes for some difficult conversations. Instead of getting emotional or angry about the situation, use your intellect to counter their faulty logic to get them back on track.

Once you feel like you are making headway in the conversation, gauge how successful the argument is by paying attention to the kind of response you get from your opponent – if they seem more open-minded then continue debating further, but if there is no change in their demeanor, move onto another topic which will hopefully be easier ground for discussion.

The key thing here is patience because a person cannot do this alone – both parties need to collaborate.

Try using these tips for mastering interpersonal communication skills so that your next encounter is not as frustrating as it could be.

And keep your sense of humor alive. It helps keep the weight of the arguments low.

Sanjay Sehgal has been the Chairman, and CEO of the MSys Group, MSys Technologies since 2007. MSys Technologies is one of the most consistent and trusted companies for its product engineering services, and digital transformation projects for its ISV and Enterprise clientele. Get to know him at Sehgalnotes.

Get daily tips and tricks from Dumblittleman!
Your subscription could not be saved. Please try again.
Success! You are now a Dumb Little Man! :)
<div class="elementor-column elementor-co