Written and Published by SJW on November 28, 2012 - Reviewed by Dumb Little Man 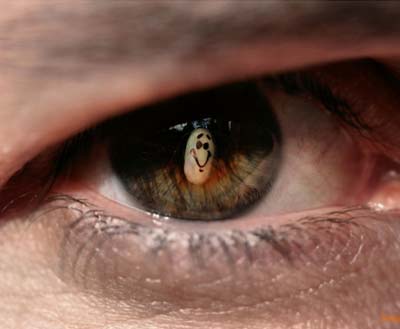 I remember a date I had back in college.

We talked, ate a great dinner and had a few drinks.

Things were going very well and I thought this girl and I were making a great connection.

Then it started to get late so we called it a night.

Before we parted, I went in for the good night kiss and was stopped cold.

She made it clear it wasn’t happening.

In my head, I went over all the things that must have gone wrong.

Why else would she have stopped me?  I assumed she must not have liked me so I didn’t call her again.

About a year later I ran into her and found out the real reason.

She actually really liked me; she just has a general rule about not kissing on the first date.  I had let my assumption ruin the beginning of a great relationship.

When you make an assumption about something, you’re accepting it as true without actually finding proof.  Human beings are just naturally hard wired this way, mostly for safety reasons.

Imagine if you saw a scary looking biker standing in a dark alley.  You’d probably assume that this person was dangerous so you’d stay away.

But making assumptions can lead to some real problems.

In fact, as my story shows, it can sometimes lead to a lot more problems and headaches than it ever solves.

I had a friend once who was looking for a job.

There was one job he was particularly interested in applying for, but he didn’t think he had the right qualifications to get it.  I had to prod him over and over again to clean up his resume and apply.

To his surprise, he got it.

What happened was my friend had just assumed he wouldn’t get it so he didn’t want to try applying for it.  He was seriously underestimating his skills and abilities.

I know that if I hadn’t come along and convinced him to apply, he would never have applied for the position and he would have missed a great opportunity.

2. Make Errors in Judgment and Action

Taking action based upon assumptions seems like the sure-fire way to make a bad decision. After all, you’re not working with all the facts.

What you’re basing your decisions on are what you think might be going on not on what is actually going on.

For instance, I’ve met a lot of people who have places they’d love to travel to, but don’t because they think traveling is dangerous.

While it’s good to be concerned about safety, some people think it is worse out there than it really is.  They’ve just seen a lot of bad images in the media and assume that’s what it’s like.

Imagine someone who is completely convinced something is going to come to them.

They might think a job promotion is coming or a business deal will work in their favor. Whatever it is, they are certain things are going to turn out good for them.

When you’re overconfident, you start to take things for granted. You might not work as hard to get that promotion or fail to see cracks in that business deal.

When you’re overconfident, you become blind to signs things are going wrong. And that’s when things are most likely to fall apart for you.

I thought her actions meant one thing even though they didn’t. And that can be a problem when interacting with other people.

You can imagine they’re acting a certain way without actually seeking out proof. Have you ever been around someone who you thought hated you only to realize later that they were just having a horrible day?

The assumption that they hate you can affect how you treat that person. You might change your actions around them fearing that they just don’t like you.

And that can lead to a lot of miscommunication and problems later down the road.

Have you ever heard that old adage about what happens when you assume something?  You make an ass out of you and me.

Old sayings aside, the danger of making assumptions is real.  On the one hand assuming that scary person lurking down a dark alley might dangerous could save your life.

But on the other hand, your assumptions might be ruining things for you.