10 Most Difficult Languages to Learn for Native English Speakers 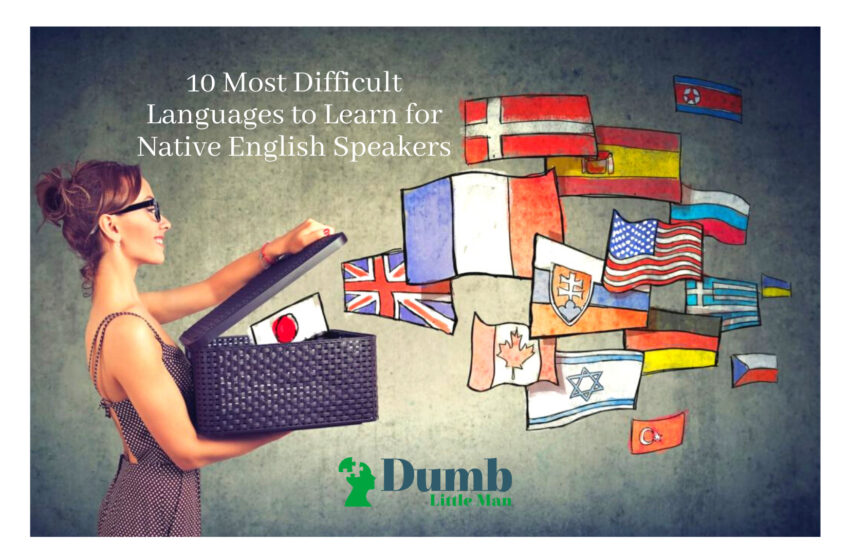 Every language is unique, just like the individuals interested in learning one. This makes ranking the languages for their relative difficulty a highly subjective and complex undertaking. However, when someone with over three-quarters of a century’s worth of experience says something about a list of most difficult languages, it’s worth listening to.

That’s why we resort to the language difficulty benchmark set by the Foreign Service Institute (FSI), a U.S. State Department’s initiative dedicated to teaching languages to U.S. diplomats for since past 70 years. Based on their vast experience, FSI categorizes languages on the average time it takes the majority of students to achieve the “Professional Working Proficiency” level, i.e., “Speaking-3/Reading-3” (S-3/R-3).

These categories are as follows:

Category II – A compilation of languages where students need 30 weeks on average to reach S-3/R-3 proficiency.

Category V – This category features the most difficult languages to learn for an individual, requiring about 88 weeks (2200 class hours) to reach the S-3/R-3 proficiency level.

The majority of native English speakers may find Spanish the easiest language to learn and quite understandably. As an FSI category-I language, it features the same alphabet as English, with just the sole addition of ñ. On top, it’s phonetic as well. That’s why new learners can figure out new vocabulary quite quickly, as the spellings guide them on the pronunciation of a word. While Spanish may differ from English grammatically, it has a simple structure with some basic-level overlapping. For instance, you only need to add -s in making plural nouns, much like English. Many Spanish dialects may only be the biggest concern for new language learners, as it is the official language of 21 countries.

Dutch also lies in FSI category-I, belonging to the Germanic language family, the same as German and English. So, you can expect an abundance of linguistic overlap here. Moreover, you cannot ignore the significant influence of Dutch colonists on American English through the 1600s. Dutch also shares similar verbs with English, though they follow slightly different conjugation. The new sounds like “sch” and “ij” may be among the most challenging things that can raise trouble for novice Dutch learners.

There’s a reason behind calling them the Germanic language family, as evident from so much overlapping with English, especially in nouns. According to the findings of one linguistic study, about 40% of German words sound similar to their English counterparts. “Fisch” for fish, “haus” for a house, and “bruder” for brother can be some excellent examples. However, pronunciations and compound words may not please you so much in German. How about “geschwindigkeitsbegrenzung” for the speed limit in German? But overall, German can be one of the easiest international languages to learn for native English speakers, placed in FSI category-II.

With average students taking about 900 class hours or 36 weeks, Swahili is relatively difficult to learn and is in FSI category-III. Earning a status of the official language in Kenya and Tanzania, it is one of the most popular languages of the East African region. Although it lends 35% of its vocabulary from Arabic, Persian, Bantu, English, and a few other Romance languages have considerably influenced it. One of the major areas of concern for new learners of Swahili can be its lack of verb conjugations.

Finnish earns an FSI category-IV placement with all due justification. Despite belonging to Europe, it’s not a part of the Indo-European languages. It lacks drastically in shared roots or cognates with English or other languages in the Germanic family. The grammar in Finnish is one of the most troublesome areas for those new to learning it. For example, there are 15 grammatical cases in the language and a possible 200 endings for every verb. Do you know there are individual words in the Finnish language for which you need a whole sentence in English to translate?

Old Khmer, Lao, and Sanskrit are some of the languages that make up Thai. It is a tonal language with five different tones. Not to mention the multiple letters representing the same consonant, making it a complex language to learn. Unlike English, Thai uses spaces to denote the end of clauses and sentences rather than words. In short, there’s much more to properly understand the Thai language, earning it a place in FSI category-IV.

Korean is one of the few FSI category-V languages. Many grammatical and pronunciation rules differ significantly from mainstream languages of the world, making it one of the most difficult ones for native English speakers to learn. For starters, get ready to see the sentences ending with verbs in Korean because it follows an SOV word order. With plenty of suffixes to modify, words can get way lengthier than you would typically expect them to. Similarly, there are a lot of connectors as well, adding to the length of sentences. Pronunciation in Korean can also be a pain in the neck for novices; for example, pronouncing double G, double J, double K, and double P. In fact, there are various other oddities about the language, which get an FSI category-IV ranking.

The FSI also hosts Japanese in category-V languages due to how difficult it is to learn for newbies. Many things make learning Japanese such a hard nut to crack, writing the language on top of everything else. It uses three different writing systems, namely “Hiragana”, “Katakana”, and “Kanji”, with most learners preferring Kanji and Katakana. Kanji alone features 2,000 characters, which you need to memorize to write. The SOV word order also adds to its difficulty and the odd use of articles denoting information like subject, object, questions, and even motion. Moreover, it also adheres to an extensive hierarchical structure representing different levels of respect to authority figures. In addition to all this, Japanese beats all as the fastest spoken language in the world.

Arabic is also the rare breed FSI category-V difficulty language, which beats all others in poetic expression. The Middle-Eastern and African countries are the hubs of Arabic, and once you succeed in learning it, you’ll be able to enjoy some of the best historical and literary works. Nonetheless, it can take you close to 2 years in knowing enough of it. How about the fact that Arabic is read from right to left, has no vowels, and follows VSO word order, making it a big issue for most learners. It also has some of the world’s most extensive vocabulary. Just to give you an idea, it has about 200 synonyms for the word camel!

As a part of FSI category-V, most linguists worldwide consider Mandarin the most difficult language to learn unanimously. Over a billion Chinese speak it, but it can quickly drive anyone trying to understand it crazy, especially those who have Latin writing system as part of their native language. Since it is not a phonetic language but a tonal, memorizing as well as writing the words can be a serious challenge if you’re new at this. Four different tones to it can simply change the meaning of a word. To give you a better idea, consulting a dictionary to look up Chinese words is considered a specialized skill in China.

Supplementing the list above, here is a list of the top 5 foreign languages, learning which can prove helpful for native English speakers.

With about a billion people in China speaking the language and China taking a central position in economic affairs worldwide, Mandarin can be a handy foreign language to learn.

It is the most commonly used second language in the United States. In fact, the U.S. hosts more Spanish speakers than Spain itself.

If you’re wondering why Arabic is on this list, Arabic is the official language in 59 countries, primarily spoken in the Middle Eastern and African regions.

We’d like to round up this conversation by sharing quick tips on how you can optimize learning a new language.

It’s better to set your language goals, starting from daily goals to weekly and monthly ones. You should be ready to make the most of your language-learning venture, and consistency will play a significant role in this.

If you’re not getting the hang of something, let’s say a grammatical convention of a foreign language, it’s better to work your way around it than getting stuck there and spending lots of time on something that you may not even need to use. Instead, focus on the most critical aspects of a language, such as daily-used vocabulary, causal phrases, and frequently used verb tenses.

Like your muscles, your language skills also improve with practice. So, it’s better to look for a language partner or hire a teacher to practice speaking what you learn. Real-life conversations will help you the most in retaining the new language.

Exposing yourself to a foreign language culture can be another great way of excelling in learning it. Watch movies, dramas and even cartoons, listen to music, and read the literature of the language to grab as much of it as possible in the shortest possible time.

Mobile apps for language learning can also be one of the most contemporary and beneficial ways of improving your language skills. This could be specially helpful if you’re planning to travel to a new place. These can help you get an incredible travel venture, which is also considered one of the best and fastest ways of learning a new language. 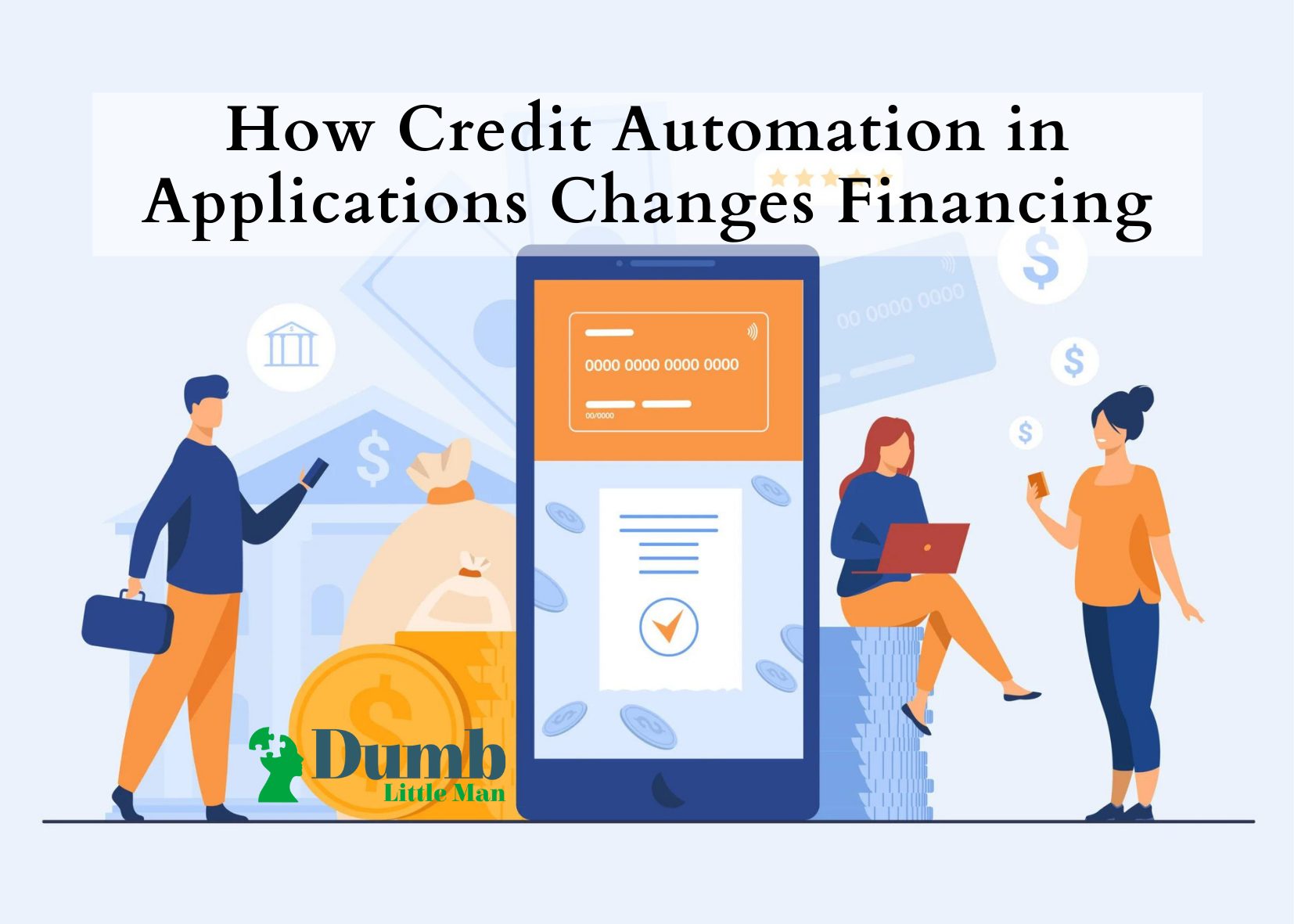 In the quickly evolving commercial lending market, you will find numerous software. This software 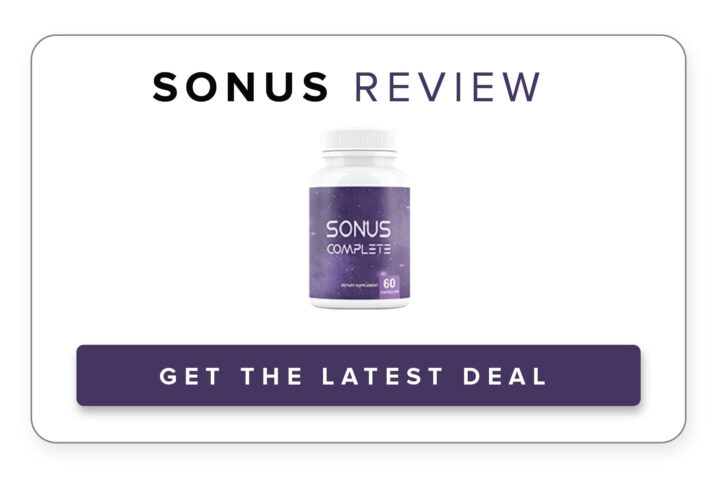 Sonus Complete Reviews: Is it Really Effective Against Tinnitus?

Are you disturbed by the ringing, buzzing or hissing sound in your ear? Is

The Most Honest And Detailed eChineseLearning Reviews (2022 Edition) 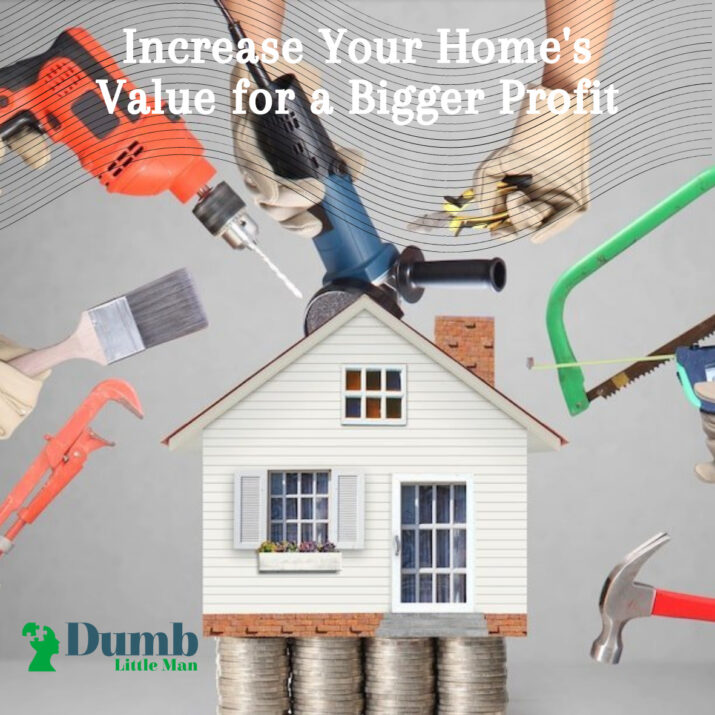 Increase Your Home’s Value for a Bigger Profit

Following the events of the past year, most people found themselves cooped up in 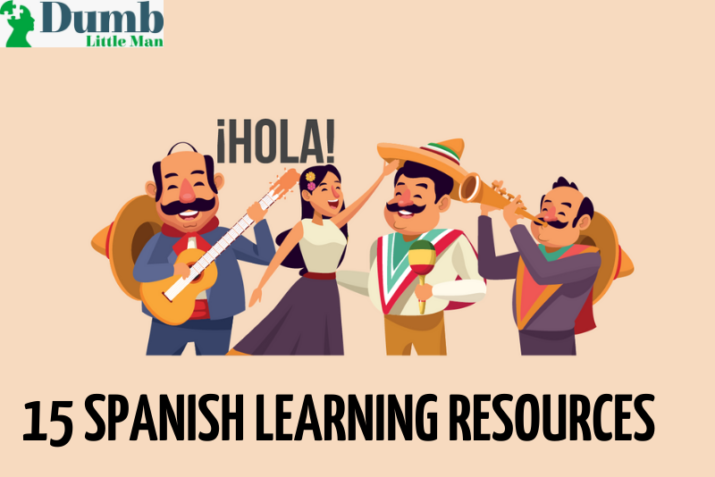 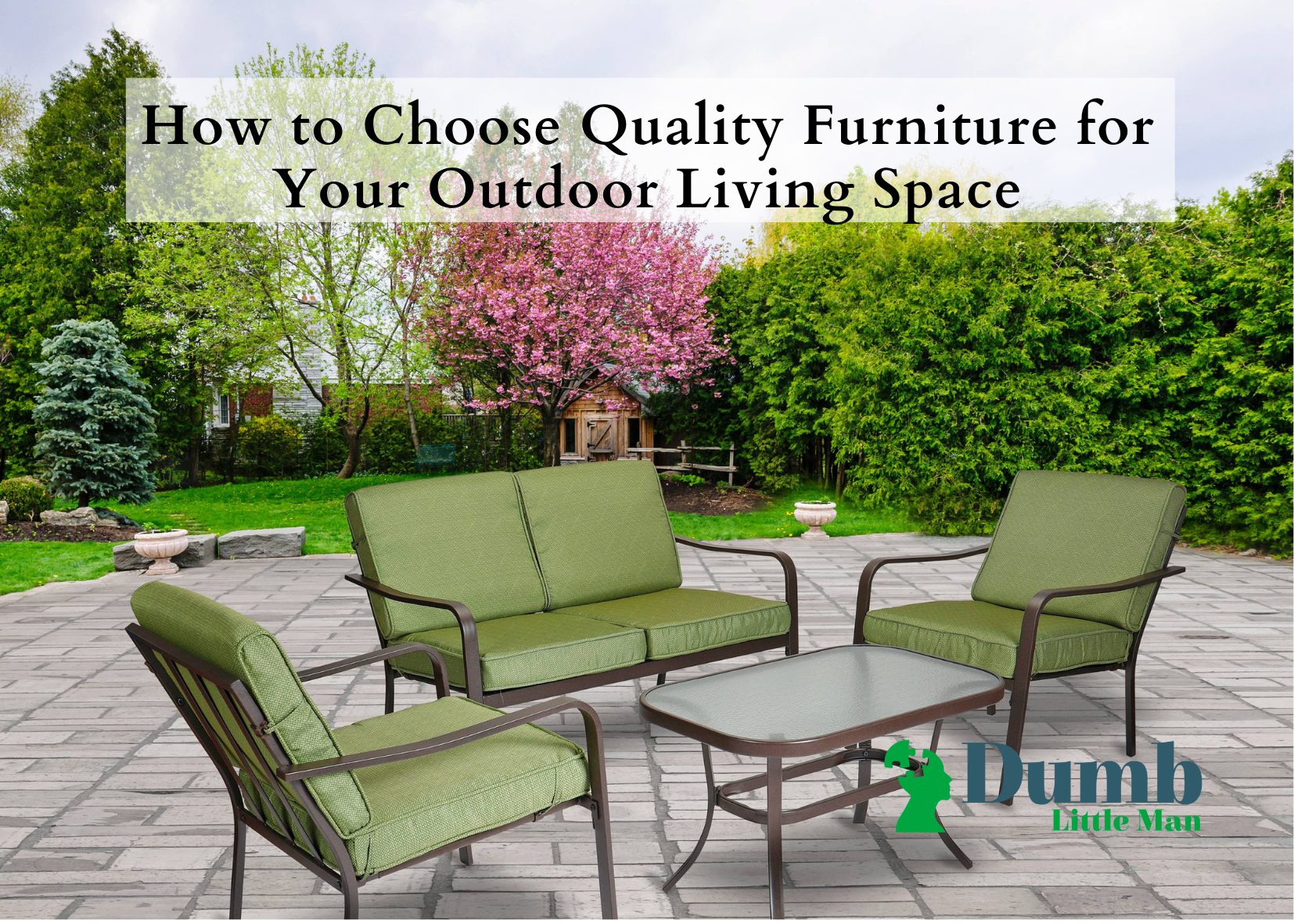 Featured Furniture Home How To

How to Choose Quality Furniture for Your Outdoor Living Space

With people holed up indoors in the past two years, home decor trends have

Get daily tips and tricks from Dumblittleman!
Your subscription could not be saved. Please try again.
Success! You are now a Dumb Little Man! :)
<div class="elementor-widget-wrap eleme