Just about any aspect of a driving under the influence (DUI) or driving while intoxicated (DWI) will likely be listed on a background check. Just how much information or details about the incident and its disposition will be displayed will depend on various factors.

Employment background checks these days are obtained through a network of interconnected databases that combine data into a single report. The information contained in modern background reports is extensive; it lists not only criminal charges and court records but also arrest data as well as driving records. Given this breadth of information, it is very likely that data related to a DUI will be displayed.

Unfortunately, DUI enforcement and its aftermath has become a veritable industry in the United States. Think about the economic activity generated by a single DUI arrest and the multiple parties involved. From police officers to prosecutors and from court staff to counselors and defense attorneys, the DUI industry keeps many people employed at the cost of drivers who end up with a stain on their records and a long-lasting stigma. The best that DUI defendants can hope for is their own ability to mitigate their situation when it comes to applying for a new job.

The presence of a DUI record on a criminal background check can be managed to a certain extent. Even if a DUI was dismissed in court, or if the defendant plead guilty to a lesser charge of reckless driving, the arrest record will still show proof of an episode related to drinking and driving in a person’s life. Criminal records can sometimes be sealed or expunged, but there is always a chance of a database keeping historical data that can end up in a background check.

Certain jurisdictions prohibit employers from discriminating against job applicants on the basis of a single DUI episode, specially if the charges were dropped or reduced. Job seekers must be ready to explain DUI activity on their records in a favorable way. For example, if the DUI was dismissed or if there was no report of injury, damage or any other traffic infractions, a job applicant can explain that their record amounts to a traffic stop and an investigation by overzealous police officers. 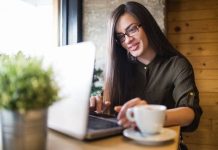