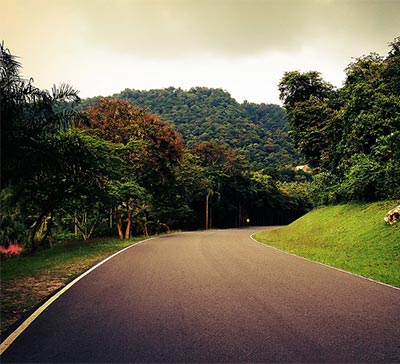 Throughout history there have been a lot of rich people who made awful business mistakes, got fired, got rejected for jobs and were considered to be losers.

Unfortunately, failure is inevitable, but it gives us wisdom that we will need to succeed in the future.

It’s important to treat it as a useful experience, learn as much as possible and move on no matter how difficult things get.

People just like you and me who went above and beyond and succeeded in life because they really wanted to.

How did they do it?

Let’s check out a couple of success stories; perhaps we can learn something from them.

1. Find Your Inspiration in Life

Recently, I heard an incredibly interesting and shocking true story about this guy named John, who worked for a very large mortgage company and was not very talented in anything he did.

His first job for that company was sorting all the correspondence in the mail room, and he got fired within just 3 months after he had started.

Afterwards he went to work for a processing department, and was fired from that department too. He tried to work as a mortgage banker as well – no luck there either. He got fired from pretty much any position he tried at that company.

One day, the manager, who was supervising a big group of mortgage bankers, suddenly quit, and the team remained without a leader. No one wanted to apply for that position internally since the manager’s position was quite stressful, with a huge amount of responsibility and pressure for achieving team and company goals.

Well, guess what? John applied for it.

Since there were no other candidates for the position at that time, and the HR officer did not want to hire an outsider which would have taken a lot of valuable time while the team was without a leader, believe it or not – John got the position.

A few months down the road, John became the most successful manager and mortgage bankers’ leader in the company, who showed the highest results in team production and far exceeded his company’s expectations.

He has been making a 6 figure income ever since and has never been happier at his job.

I was in a shock when I first heard this story. Then I started reflecting on it and realized that John’s failures were not necessarily failures. They were merely stepping stones to his success. He just had not known before what his inspiration or dream job was, and indeed sometimes it takes a while to figure that out.

So, if you want me to answer my own question of why the road to success is always full of failures, then I’d like to answer it with my favorite quote, which is truly inspiring:

“What is the secret to success? Never give up! It’s only when you give up that you fail. Everything else is just a short setback on your way to success. Giving up is the only failure in life!”

Here is another great success story.

Have you ever heard the saying:  “Genius is 1% talent and 99% hard work”? I think it was Albert Einstein who said that.

Another guy named Adam, who was only 18, came to the United States on the famous Queen Mary with just a few dollars in his pocket right after World War Two.

He was originally from London and life in England was quite hard after the war. Adam had always dreamed of coming to the United States and living a better life.

He stayed for a couple of months with one of his distant relatives and worked as a gardener in sunny California, saving all the money he could. Adam was a very bright and intelligent kid and was eager to go to college, but the money he saved would never have been enough even for one school semester.

He kept working really hard until one of his rich clients, the General, noticed what a hardworking kid he was.

He talked to him for a while and, amazingly, offered to be Adam’s sponsor if he wanted to go to Stanford. Adam could not believe his blessing, but he unquestionably took this opportunity and just a few years later graduated from Stanford with honors and became a CPA.

Quite soon he landed a great managerial job with a big company in L.A. and was making a great living. He got married, bought a nice home and had a son.

A few years later, the changes and the politics in the company saw him quit his job, and he decided to move out of crowded L.A. to a more laid back Arizona.

Shortly after, Adam and his friend started a scrap metal company in Phoenix. After being in business for just a few years, they became multi-millionaires. In their best years they were making 15 million dollars a year. Adam invested most of his money in the stock market and used the rest of it to travel the world.

He is retired now and still likes to travel and cook his own gourmet meals from scratch and takes a power walk for an hour every single day. I went for a walk with him once and could hardly keep up with him.

The morale of the story is “Do not wait. The time will never be “just right”. Start where you stand, and work with whatever tools you may have, and better tools will be found as you go along.” Every day do something that will inch you closer to a better tomorrow.

What are your failures and successes in life?

Do you have a success story of your own to share with us?

5 Invaluable Tips To Help You Improve Your Self-Confidence 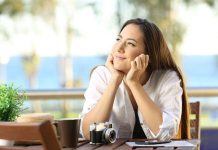 How to Develop Confidence in Your Vision and Realize Your Dreams

How To Successfully Pay Back Your Online Installment Loan

How To Successfully Pay Back Your Online Installment Loan