What Is Your Success Meter?

Written and Published by Arjune Das on August 9, 2019 - Reviewed by Dumb Little Man 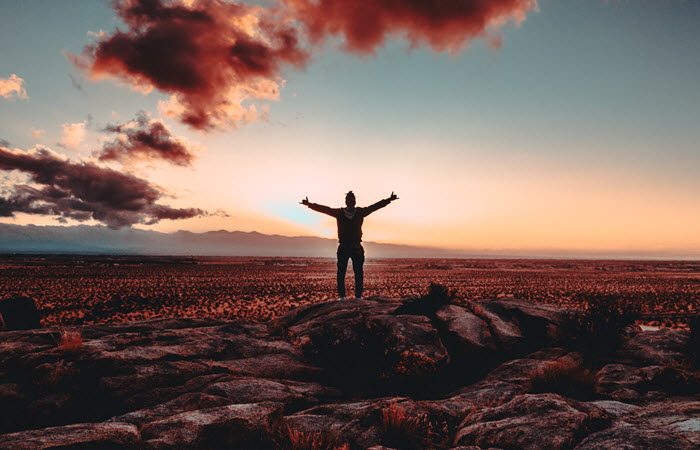 What does success mean for you?

In 1983, a young talented guitarist was kicked out of his dream band. He was delirious with joy even just before the manager called him at his office to kick him out. It happened just three days before he was about to record his first album.

No reason, no complaints, no fight, just shown the door. For no reason.

So, as he sat on the bus from Los Angeles to New York, you know what he did?

What did I do wrong? Just, how did this happen? I have worked so, so hard to get here and now, this. Let me jump from the roof of this bus. I would never go home.

But he went home. When he stepped out of the bus, his tears were evaporated by the heat of his anger. How dare they fire him? Who are they? Just a crappy band with a dozen songs and 1000 fans?

He was over his self-pitying and he was definitely not that guy who’d quit playing guitar. He would build his own band and throw concerts in New York in front of them. He’ll become more famous than them.

And he was right.

His name was Dave Mustaine.

He founded the band Megadeath.

Later on, Megadeath toured the whole world and  has sold  over 25 million albums. Today, Mustaine is considered as one of the most brilliant and influential musicians in the history of heavy-metal music.

But, unfortunately the band which kicked him out was Metallica. It has sold over 180 million albums worldwide. Metallica is considered by many to be one of the greatest rock bands of all time.

So this man, Dave Mustaine was a success freak. You can just guess how successful he was. He has billions of fans and had no guitaring background. From crap, he had made a billionaire of himself. His anger made him successful.

Normally, people would say, “See? He believed in himself and he always sought revenge. That is why he is who he is now. He was overtly successful.”

In a rare interview in his old age, he said with tears that he has never tasted success. Even with so much money and many fans, he was not successful. For him, success meant one thing and that’s to be more famous than Metallica.

Since he was not, he didn’t consider himself successful.

Now, you and I will laugh at his condition. But to him, he had worked so hard, but his life was a failure.

Our success is determined by our own success meters.

We like to determine other’s success and failures by our own success meters. If you ask what success in life is, many of us would say it’s getting a nice job, getting paid good money, having a car, and having a selfie-ready spouse with two cute kids. These are high success meters but not for everyone.

That is why your parents often tell you that your cousin is a total failure because he dropped out of school to pursue his singing career even though he has concerts regularly and gets 10k likes on each song in YouTube.

So, you define what is successful, either consciously or unconsciously.

Don’t get fazed by other’s success meters. Maybe your dad is a lecturer at a university and wants you to do the same.

Your answer tells something about your success meters. Do what you think will make you successful. Forget career stereotypes — be a lecturer if you want to, otherwise start your dream business.

I am a teen self-help author. I give self help advices that do not suck. Some people think me as an idiot or a life saver. Read my articles and choose for yourself.