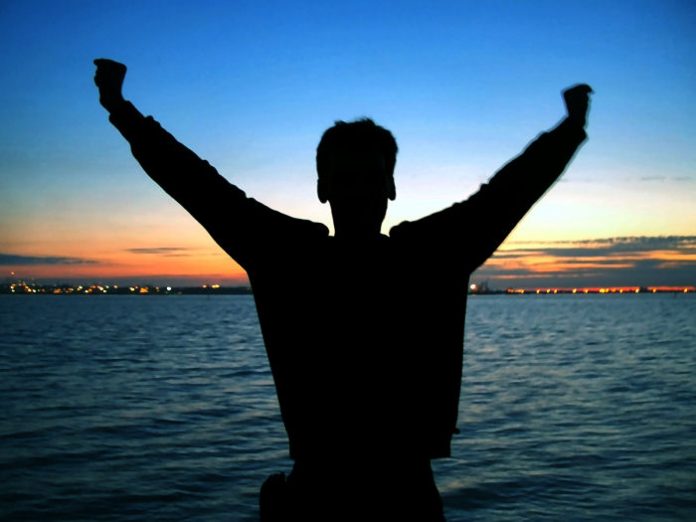 All of us want to succeed in life. We want to accomplish something – to feel that in some way, we’ve “won”. It’s easy to get sucked in to thinking that we have to succeed on the world’s terms when, really, we each need to define success for ourselves.

What does success look like to you? Is it the model set down by your parents or grandparents: a steady job, your own house, kids? Is it what all your friends are chasing: big salaries, a huge television and a flashy phone?

When we point to someone and call them a “success”, what exactly do we mean? All too often, we mean that they’ve reached a high level of their career and they’re making a six-figure salary. But success is a lot more than how much money you make, or how much stuff you own…

Why Success Isn’t Money
We all know that money doesn’t make us happy. Beyond a certain level of security, having more money won’t make a difference – sure, you can always buy another gadget or splash out on a better bottle of wine, but will a few extra megapixels on your camera really matter? Will you even notice the difference between a $10 and a $100 bottle of wine?

A big bank balance might be nice to look at, but it can never replace the love of family and friends, or the sense of satisfaction gained by doing work which you enjoy and which is fulfilling. You could be earning $100,000 working a 60-hour week in a job which you hate … is that success? I’d say no, it’s not.

Success Isn’t About Having Stuff
Sometimes, we treat success as though it’s a game where we need to rack up as many points as possible. We think success means having a particular career, or owning lots of flashy gadgets, or even having a partner and three kids.

I’m not saying that your career or your family don’t matter – of course they do. But in themselves, are they really “success”? Is your unmarried uncle a failure because he chose to travel the world and work for charities, rather than buying a house, settling down and having a family? I’d say no, he’s not.

Success Is Living Your Best Life
So what exactly is success? Well, there’s no single definition. Success is about living your best life, and only you can say what that means. It doesn’t matter what your friends or parents or society thinks: defining success is up to you.

Perhaps, to you, success means having enough money to get by, and having as much free time as possible. It might mean getting recognition in a particular field – maybe as an artist or a musician. For some people (both men and women), success might be about raising happy, healthy children.

I’d encourage you, whatever stage of your life you’re at, to take some time to truly think about what success looks like to you. Is it really about having a particular qualification or achieving a promotion? Or is it about having the life which you truly want?

Have you bought into someone else’s definition of success? Is it time to start living life on your own terms? If so, what’re you going to do about it?

As ever, feel free to share your thoughts in the comments.