Written and Published by Emily Berlinghoff on July 28, 2020 - Reviewed by Dumb Little Man 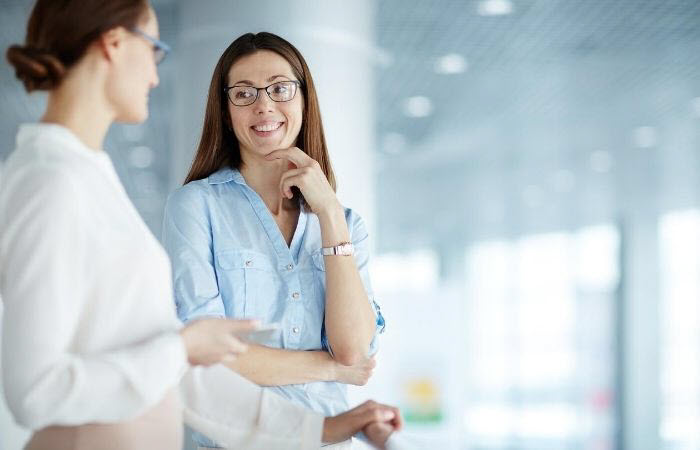 These are tough times. A pandemic is upon us; social issues are dividing us; and partisan politics is inescapable. Chances are that opinions on some of these problems may differ, extensively, within your workplace. Does that mean you can never have a casual lunch with colleagues in the break room again? Must we always avoid those who don’t share our perspectives to keep the peace?

Fortunately, the answer is no. If you’re willing to take the lead and model some patience, tolerance, and empathy, you could broker a successful and lasting truce among the people at your job. Here are a few suggestions to maintain a happier and more harmonious atmosphere when you’re on the clock.

Employ the “tell me more” technique

In Kelly Corrigan’s memoir, Tell Me More: Stories About the 12 Hardest Things I’m Learning to Say, she suggests those three words to not only encourage the people in your life to open up, but to also give yourself the opportunity to listen. If someone brings up an upcoming election or a controversial article she read at the lunch table, instead of automatically shutting it down to prevent conflict or biting our tongues to avoid disagreement, we could just say “tell me more”.

It may be hard at first, especially if the person who is speaking is negative or irritable, but those simple words can really soften people up. Everyone likes to be heard; everyone appreciates respect. Prompting others to “tell me more” doesn’t mean you have to listen to a three-hour soliloquy; it just means that you’re willing to hear them out and that you’re interested.

When discussing differing opinions, find at least one thing to agree with 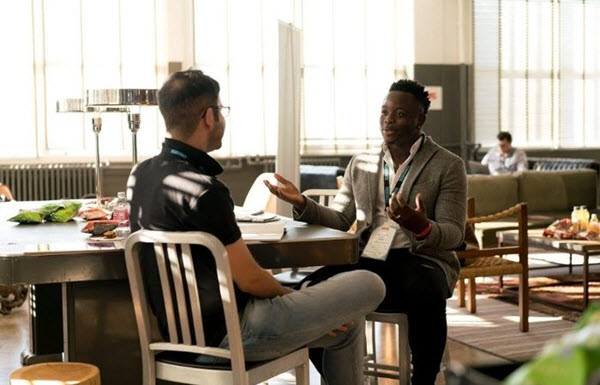 One of my pals at work is the polar opposite of me politically. The two of us have no problem discussing any topics, however, because we both know that nothing is all black or all white. We respect each other as intelligent, well informed people and often find ourselves saying things like, “well I’ll grant you that” or “that’s certainly true.” When practicing the “tell me more” technique, you can probably find at least one tiny thing your speaker says on which you could comment positively.

Is the topic climate change? Perhaps you could offer something as simple as, “Well the weather has been crazy this year.” Arguing about an election? Try offering, “It just seems like everyone running has something wrong with them.” Such statements, though not exactly worthy of a Nobel peace prize, are nonetheless bridges to those around us. Keep them generic, simple, and true and they’ll have remarkable results.

Model how to communicate and disagree professionally

People who work together usually mind their manners quite well when they are involved in their everyday tasks or teams. They are busy; there may be quotas; time is money. If you want to have friendly conversations with your coworkers at break or over lunch, you need to interact with consistent professionalism throughout the day. Show them how you can communicate a difference of opinion without judgment or rancor. Be aware of your tone. Assume the best about someone who might be making a mistake.

Instead of, “You’re doing that wrong,” try “We’ve found it usually works better like this.” Know that most people are just like you: doing their best and, sometimes, having a bad day or experiencing personal distractions that make their work a little less than optimal. When people know you are sensible and even-keeled they frequently offer you the same treatment. Such behavior is much more likely to extend to down time when it’s practiced all the time

Have a go-to phrase that changes the subject

Even when polarizing events aren’t in the news, conversations among coworkers can sometimes get heated. It may be a project that’s not going well or someone who is not pulling his weight. Whatever it is, however, people get ticked off about it. This is when investing in getting to know your colleagues pays off. In my work place we have numerous older employees who have grandchildren. Whenever words get raw in the break room, I just throw in something like, “So, Chris, how are those grandkids!” or “John, isn’t your daughter-in-law pregnant again?”

If you don’t know your coworkers very well, you could use another statement that is suitably neutral like, “Thank God the weekend’s coming up!” (even if it’s only Monday.) Or tap into everyone’s love of sports, “How ‘bout them Knicks?” The idea is to have some kind of bait ready; anything that will turn the conversation in a better direction. Others will almost always appreciate it and follow your lead. 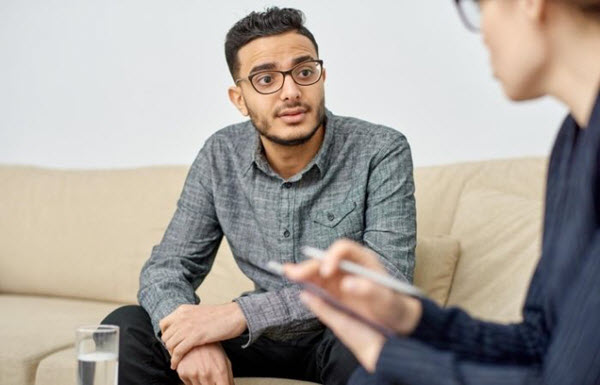 This goes along with (4) above. I’ve used my safe phrases (yes, I have several) numerous times early in conversations just to avoid the possibility that things might go south. There are certain people among my colleagues who just can’t resist the opportunity to bust one another’s chops and I refuse to be in the middle of that. Sometimes, however, the best played safe phrases fail.

When that happens I have literally said to people, “Hey, guys, it’s time to get back to work.” Or “Let’s not do this.” Pair those remarks with getting up to leave and throw in something like, “Hey, Bill, can you help me with something in my office?” Those tactics always work for me. If you’re not confident enough to execute them, however, simply excuse yourself. Don’t run away, but make sure people know you’re leaving. A simple and straightforward “I’m going to go” is enough. No one is allowed to intimidate or frighten you.

Over my numerous careers I have always found that everyone appreciates good manners, even the most curmudgeonly. You don’t have to be fake or a doormat to get along with your colleagues. You do, however, need to be aware that you’re not the only one on the job. That means you need to offer some consideration for others and not just vent about everything or everyone who irritates you. Practicing some patience and being polite is guaranteed to improve your productivity and work experience, whether in the break room or the board room. You will almost certainly find it does the same thing for everyone else.

Emily Berlinghoff is a writer, teacher, and dog mom who chairs the Math department of a high school in Florida. She has also worked as a respiratory therapist, and as an educator and motivator who has guided patients and students. In addition to writing about self-improvement, Emily enjoys camping, hiking, and all things canine. Find her self-published memoir of her granddog on Amazon.

Get daily tips and tricks from Dumblittleman!
Your subscription could not be saved. Please try again.
Success! You are now a Dumb Little Man! :)
Follow us :
Instagram Pinterest <i