How To Wake Up Early

Written and Published by Michelle Riklan on July 9, 2015 - Reviewed by Dumb Little Man 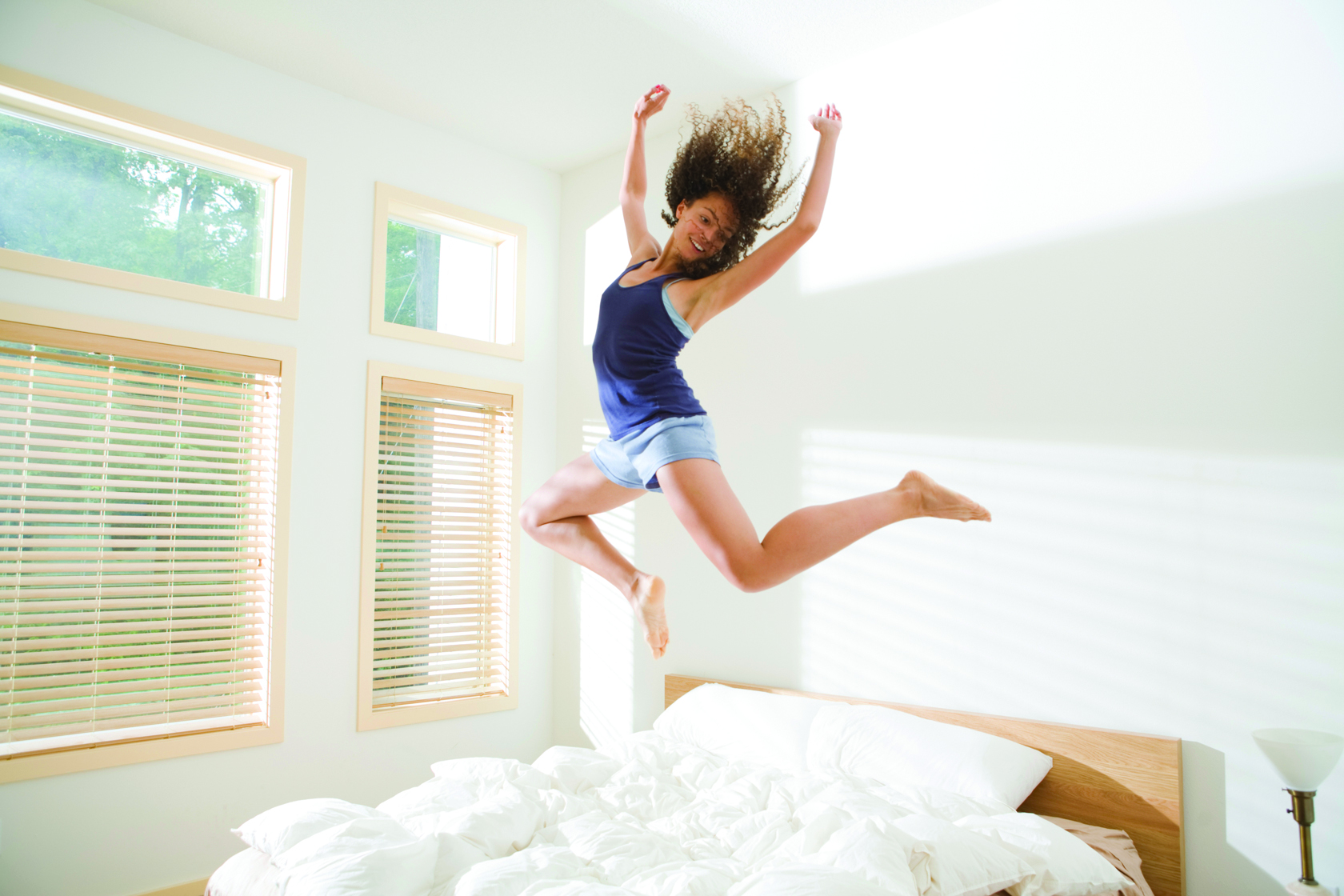 So you have a morning interview tomorrow but it’s almost midnight and you’re still wide awake.
You set an early alarm so you could be there on time. Then, for whatever reason, the alarm goes off before you’re ready to wake up. Sounds familiar?
Maybe this hasn’t happened to you. But you came dangerously close to arriving late once.

Sleep Problems Affect Your Career
About 70 million Americans suffer from sleep problems, including apnea, insomnia, narcolepsy and restless leg syndrome, according to the National Center on Sleep Disorders Research.

Sleep problems, like insomnia, affect your career, too. Aside from arriving late, there’s also the chance you’d look so tired and unprofessional the interviewer might think you’re not serious about the job. Of course, bed hair and tired-looking eyes aren’t helping your case.
What can you do?

1. Say “No” to Naps and Afternoon Coffee

Resist the urge to nap after lunch but don’t use coffee to stay awake either. Go for a walk, exercise or do some chores. Wear yourself out during the day so you’re too tired at night.

If you really need to nap, don’t nap after dinner and keep it short. Napping longer than one hour will keep you up way later than you’d like.

2. Stay Away from Your Tablet and Smart Phone

The blue light emitted from mobile devices makes it extra challenging for your already-awake brain to feel sleepy. All that fun apps and emails are distracting, too. Do all your emails before bedtime, so you don’t spend the night thinking about the interview, your chores and everything else you should be doing.

Insomniacs, like most people, hit the snooze button when their alarm goes off. Fight the urge to snooze by tricking your brain to get up. Next time the alarm goes off, you press snooze like always but instead of going back to sleep, you get up.

How in the world can you convince yourself to get up?

Easy. Promise yourself that you only need to stay up for 10 minutes– or five if that’s how short the snooze setting is. Most people who’ve tried this ended up exercising, preparing coffee or watching news on TV. By the time the alarm goes off again, they already feel wide awake.

4. Wake Up According to Your Circadian Rhythm

Lots of people wake up feeling tired every morning. Most times, it’s not even their fault.
Your body’s circadian rhythm affects how you feel after waking up. Waking up at the middle of deep sleep makes for a cranky morning, but waking up during the lightest part of the sleep cycle is bliss. You’ll wake up refreshed. As if you slept like a baby.

Sleep Cycle app on Android and iOS solves this. It wakes you up like a typical alarm but it tracks your movements so it can wake you up at the optimal time, based on your sleep cycle.

Waking up early, even for insomniacs, isn’t rocket science. But it takes some experimenting to see what works for you.
Do you have an upcoming interview scheduled way too early than your usual wake-up time? Try one of the strategies here.

Michelle Riklan is a Certified Resume Writer and HR consultant. When she’s not coaching executives for upcoming job interviews, she and her team provides outplacement services to small businesses