How To Use Regret To Fuel Your Dreams

Written and Published by Laura Tong on July 16, 2015 - Reviewed by Dumb Little Man 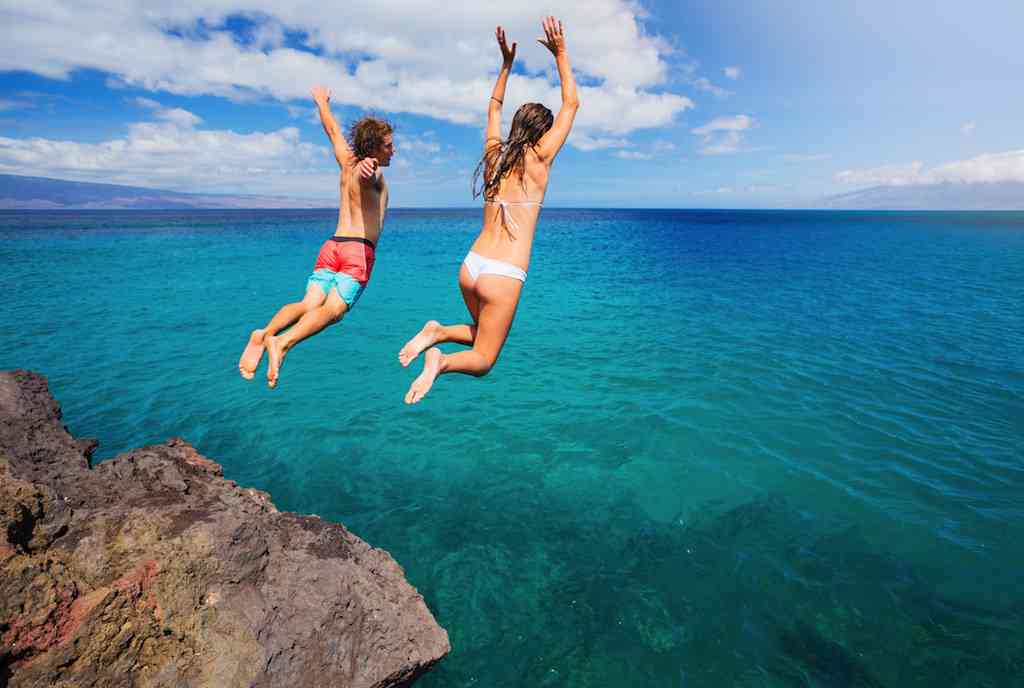 Regret prison.
That’s a horrific place to be, isn’t it?
Just sitting in your mental cell, torturing yourself with regret. Because let’s face it, you’re a prisoner of your past as surely as any correctional facility inmate is trapped by the physical walls and bars surrounding them.
Unable to escape the endless cycle of longing for it all to be different, you relive the pain of disappointment over and over … and over, forever blaming yourself for what you did or didn’t do, and what you did or didn’t say.
Forever wondering, “What if?”
Regret hurts. Regret haunts. You feel the pain, every day. It stops you moving on, prevents you from making decisions, and rules out any chance you might manage to forgive yourself one day.
You’re dissatisfied with yourself and discontented with life because both should have been different.
You blame yourself. If no one was listening, you might even say you’re ashamed of how your life turned out.
Boy, guilt and shame, that’s a mean double blow.

But those regretful thoughts wishing you had done this or that, they come way too many times a day, don’t they?
I’ve been ashamed too. For years, I was consumed with disgust over the way I bailed out on taking action toward my dreams.
I dreamed of becoming confident and self-assured, but when the opportunity arose to be that person, I sat dumb instead of speaking up. I took a whole crock of someone else’s crap instead of standing up for myself.
I dreamed of being a writer and a painter, but instead of acting, I sat on the couch night after night and created nothing.
Regret totally sucks.
Yes, but only until we understand what the hell it’s there for. My life was on a speeding backward trajectory for years until I found a new way to look at the past. Until I found the right way.
Take a leap of faith with me. Come see how regret can be your greatest ally. Come understand how regret can seriously fuel your dreams with the following four powerful strategies.

1. Keep Asking Yourself What If?

“What if?”
You’ve given yourself the third degree over your regret-making actions so many times that those words now make you nauseous, right?
Well, despite that, to fuel your dreams, you need to keep asking “What if?” But this time, ask in a way that will spur you to change, act differently, and most importantly, believe that the result can be different the second time around. Here’s how…
Don’t ask yourself, “What if I’d acted differently?” Ask, “What if I’d always acted the same?”
Picture how with every repetition of that regret-making behavior, you would have fueled your regret more and more but fueled your dream, less and less. What can be the only outcome of such a behavior pattern?

No dream and only regret. No living a bright future, only stuck in a painful past.

By intensifying the consequences of your regret, you’ll see that this is your future, right there, playing out in front of you.
Unless you can change.
Use your regret as a catalyst to change both your thinking and your actions. It’s time to stop concentrating on your regret and change your behavior.
Turn the heat right up on the legacy of pain and the shrunken life that regret has left you to rekindle your self-belief and drive to go for your dreams.

2. Let Regret Be Your Teacher

Believe it or not, regret is just the tool to help you achieve your dream; it’s a matter of hearing what your regret is truly telling you. It’s a case of understanding that the “failings” you believe caused your regret (the seeds of regret) are actually the missing elements in achieving your dream.
Lie back on the couch, recount all the events that led to your regret. Be honest but not critical of what you did or didn’t do, and what you did or didn’t say.
Analyze where you were lacking in the situation and what you were missing that would have enabled you to create a different outcome. Confidence? Knowledge? Maybe it was a lack of experience, or weak determination, perhaps a lack of persistence?
For instance, If you regret not standing up for yourself in the past, what specific action did you fail to take that led to the regret? Perhaps you never spoke up when your conscience told you that you should have. So why didn’t you speak up? Did you lack self-confidence? If so, that is what you truly regret – failing to have self-confidence.
Realize that regret is your inner psychoanalyst (without the eye-watering fee) showing you the areas in which you need to change or develop to achieve your dreams.
Now you can take that knowledge you’ve gleaned and use it to destroy the regret itself, leaving the path open to fulfill your dream. So whatever that missing element was – self-confidence, knowledge, persistence – correct in now and the main obstacle to continuing toward your dream will disappear.
Next time the situation arises, you will have the self-confidence, persistence, and knowledge to create a different outcome.
Be your own best analyst, and use the knowledge you’ve gleaned to move on and fulfill your dream.

3. Turn Your Repetitive Negative Thoughts To Your Advantage

Regret works on repetition; that’s its secret. It makes you berate yourself over and over … and over for the same “crime.” It relies on the brainwashing principle to keep you locked in the past. It feeds on your disappointment to build the negative habit of remorseful thinking.
Pah! That only works until you realize that one habit can piggyback another.
Oh sure, it might sound ludicrous, but you must learn to identify regretful thoughts. Some are super-obvious, screaming self-disillusion and failure at you all day long.
Others are more sneaky. Listen carefully for any critical thoughts about past failures or mistakes – be aware of when you’re talking yourself down not up. All too often, it’s regret in disguise.
To counter this, create positive, empowering phrases that refer to you achieving your dream. End any regretful thought with these positive, dream-inspiring outcomes.
For example, the dream robbing phrase “I messed up so badly last time” can be piggybacked by the phrase “but now I know exactly what I need to do differently this time to achieve my dream.”
Harness your regretful thoughts as an opportunity to give yourself a dream-fueling boost. Ironically, regret’s negative narrative will serve as a reminder that you need a positive, dream-achieving pep talk. By tagging on an affirmative, dream-building message, your current negative thought routine will actually build your new habit of believing you can achieve what you dream.
The power of these new, fresh words will quickly carry way more weight than the old, tired versions your sub-conscious is oh-so used to hearing.
New habits are hard to master – cheat by using a redundant one to build a powerfully positive version to fuel your dreams.

4. Re-cast Yourself As The Hero

“Life’s like a movie, write your own ending” ~ Jim Henson
If you can sit back and put regret under the spotlight, you’ll see it’s actually riddled with weaknesses. That stranglehold you feel it has over you is easier to break free from than you realize.
Regretful thinking has convinced you that your story’s set, that because of previous events, your role has been written out, printed up, and sealed as a done deal. Well, regret had better listen up because it’s time to write yourself a whole new script.

You’ve already analyzed the scenarios that led to your regret. You’ve stood on that stage a million times. You know that scene by heart.
In your new movie, that’s scene one. Picture the clapper board going down on that one. “It’s a wrap.”
Now pull out your best creative thinking. Make up for whatever it is you regret. Draw deep on how you would truly love life to turn out.

This is your chance to build your movie around your dream. Scene one might feel like a disastrous opener, but you can decide that, like so many popular movies, the kid who mucked it all up at the start surprises everyone and triumphs in the end.
Hell, go write yourself the script where that kid wins the day and achieves the dream.
Go out and have fun shooting your film in real life. Make sure you learn your new lines and role – rehearse these to perfection.
Cast yourself as the star of your own life, regardless of your first scene. That’s just the beginning.

Fuel Your Dreams
A life of regret truly is a life sentence.
Forever blaming yourself is the root of your pain.
But with small steps, you can soon move on, live beyond regret, and even find self-forgiveness.
Imagine having the head space to accept what’s gone before as just that… done, over.
Imagine all your feelings of self-disappointment gone. Never to return.
Imagine brimming with energy, confidence, and optimism that you will achieve your dreams.
Grab your regret and put it to work for you. Keep only the lessons from it, and use these to fuel your dreams.
Like your regret, your hard time is over.

Laura Tong is a regular contributor on The Huff Post and other top blogs. Laura’s latest book, The Life-Changing Power of Gratitude is available on Amazon here Laura is Editor at Write To Done, one of the top writing blogs and assistant Editor at Goodlife ZEN, one of the most respected self-improvement blogs.