The Importance of Being Early

Written and Published by SJW on December 5, 2012 - Reviewed by Dumb Little Man 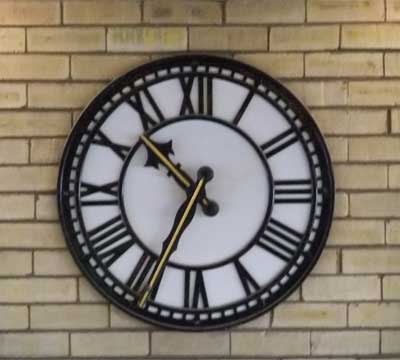 We all notice the people who are always late.

There’s no hiding it when a report is handed in after a deadline. Or when the same person arrives late for meetings every day.

But what about those who are habitually on time? Those who walk in at 9, avoiding trouble by the skin of their teeth?

What benefits could being early possibly give to the ‘okay’ time keepers?

The fact is that being early actually saves time – here’s why.

… Gives you a chance to fix mistakesGetting work done early gives you the opportunity to get some distance, meaning you are more likely to pick up on mistakes or biases.

Writing in panic mode just before a deadline means not only are more mistakes made, but there is no chance to put them right.

We’ve all had times we’ve stressed about a piece of work for weeks before writing it hurriedly in the last couple of days.

The way I look at it now is that, if it has the potential to only take a couple of days, why not just write it and relax the rest of the time? Think of it as doing your future self a favor.

… Gets it done while it’s fresh

There’s nothing like getting something done while it’s fresh. Writing up formal appraisal notes straight after a meeting means you can rely on your memory as well as your notes. Writing them a week later means a risk of not being able to decipher your scribbles.

If you hand in an expense report as soon as you return from a business trip it means there’s less chance of you losing the important documents and receipts.

“But I work best under pressure”

Getting work done early is very rare in today’s workplace.

There’s almost a badge of honor awarded to those who pull passable work out of the bag at the last minute, spouting the classic phrase ‘I work best under pressure.’

My first thought is always “but how much better could you have done it if you’d given yourself more time?”

My advice to those who work better under pressure is to manipulate the situation to put pressure on yourself… but still get it done early!

Scheduling your whole day or week’s tasks is a quick way to realise you can’t afford to procrastinate on any of them, and means that a report that could be stretched out to take a whole morning when you’re not considering other demands will get done just as well in two hours.

Being early for work…

The number one benefit of getting to work 10 or 15 minutes early is that it sets you up with a sense of calm for the rest of the day.

You give yourself the time to regroup after your journey, have a cup of tea, and be ready at your desk as everyone else arrives in a panic at 9.

Arriving to work at the moment you have to start can give you an extra bit of stress that lasts all day; the value of being calm and organised at the start of your shift is unrivaled.

… Gives you a buffer zone

Planning to get to work early will, of course, give you an important buffer zone against unexpected transport issues.

Most managers will accept a missed alarm or late train as a one-off reason for being late to work, but once it starts to happen regularly, you need to realize you should be getting the earlier one.

Another benefit of being early for work is that it will be noticed. If your organisation works different shifts, being there without the rest of your team means staff from other parts of the organisation will notice you and think well of you.

Being early also may give you a chance to speak to your manager, informally or formally, without the demands of the rest of the team getting in the way.

Being early for meetings…

… Allows you to get the best seat and build relationships

If you get to a meeting early, you’ll get to choose the best seat for interacting with the rest of the group to the degree you prefer.

You give yourself the chance to get to know other potentially influential members of staff who you normally don’t interact with outside of meetings.

… Gives you time to prepare

If you’re leading the meeting then it’s even more important to be early. There’s nothing worse than stumbling into a room full of people who have been waiting for you to start: they’ll feel that you don’t value their time and you’ll be flustered and unprepared.

Getting in early means that you’ll be ready to take charge of the meeting, you’ll appear comfortable and relaxed and be perceived as reliable and in control.

… Gets you noticed (again)

Being early for meetings sends a clear message: it makes you stand out from the crowd as someone with commitment to the task at hand.

As long as you are using that early-time in a professional way, and not using it as an excuse to escape other work, you will be noticed in a positive regard.