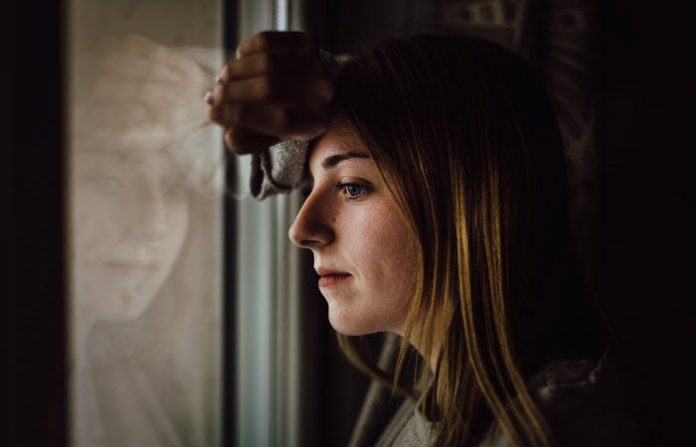 What a lot of people don’t take in consideration is that they have the power over their own happiness although it doesn’t always look like it.

In this article, I will help you become conscious of ways you’re sabotaging your own happiness and how to fix it.

1You Let Other People Put You Down

Did your partner talk to a girl/boy you were feeling jealous of? Or did someone upset you by saying you did something wrong?

How To Take Control

If someone says or does something, it doesn’t mean that they’re such a person. It’s just a behavior that’s performed by that particular person. When you are aware of that, you’ll be able to separate the person from his actions.

People have their own lives and they should be able to do what they want. Everyone has a reason why they do something and it’s hard to put yourself in someone else’s shoes.

2You’re Not Living The Life You Want

When I was 17 years old, I was working as a warehouse worker at this company for 3 months. I did not see my job as a significant one and it wasn’t hard to do. However, I found out that there was a very negative atmosphere there.

One time, I went to the canteen for a break and I heard these men, around the age of 50, talk to each other. “We only have to be here for 17 more years guys, then we can finally leave,” one said.

These people didn’t like their job and were almost working there their entire lives. This guy just said he wanted to keep doing this for his lifetime (at that time) until he could go and retire.

From that day on, I made the decision to always be in tune with myself and make my decisions based on that.

If you’re living your life not the way you want and you’re not doing something about it, please take action. The only things you’ll regret in life are the risks you didn’t take.

How To Live The Life Of Your Dreams

This is actually a pretty simple (not easy) process. First, you have to find out what you ultimately want in your life. Then, you start working towards it. Along the way, you’ll find out how you’ll get there.

3You’re Not True To Yourself

This is a thing I really try to focus on in my life. It’s about being really honest with yourself about your feelings, values, and mission. Telling yourself what you’re feeling and communicating them to others can keep you accountable.

A lot of times, people talk about things but do the opposite.

For example, my dad tells me all these life lessons but he’s not living up to any of them. He used to say to me that aggression isn’t a solution to a problem but when something goes wrong, he gets mad.

“You talk the talk, but can you walk the walk?”

At the end of the day, there will be times when you have inner conflicts. I always say to myself that I would never give up but at the beginning of my entrepreneurial journey, I had to give up several ventures because they just didn’t work for me.

You’ll have to find the middle ground here and not beat yourself up entirely because you didn’t do what you said you were going to do.

If you are not true to yourself, you’ll likely feel a little bit bad about yourself and this can affect your happiness. Being true to yourself means keeping your values in mind while also considering the situation.

How To Be True To Yourself

You can be true to yourself by accepting full responsibility for your life. Everything that happens to you is a consequence of your actions and thoughts.

This means that when something happens, you should always ask yourself first what you’ve done that lead to this outcome.

By taking full responsibility for your life, you’ll have all the power over your actions, thoughts, and feelings.

4You Talk To Yourself In A Negative Way

Something I, as a perfectionist, struggle with a lot.

Do you ever notice that you’re talking yourself out of something or saying to yourself that you didn’t do enough?

This is something that happens to a lot of people. Although we may be very confident about ourselves, there’s always this inner critic that’s talking sh*t.

You and I both know this is utter nonsense but at the moment, it seems very legit.

If you continuously talk yourself down, you know what it’s going to do. If you didn’t do much on a given day, or so you think, you’ll beat yourself up and say you’ll have to catch up the next day.

The next day, it will be even harder because it’s impossible to do 2 days of work in 1 day. It will lead to negative self-talk again. This opens up a cycle of negative self-talk which will only make things worse. You’ll never be proud of yourself this way.

How To End The Inner Critic

To end the inner critic, you’ll have to go through a simple step-by-step process I outlined below for you.

Step 1. Identify what your inner critic is talking about and where it comes from.

This is something separate from the real you as you only believe it because your inner critic is telling you over and over again.

Step 2. Accept that this is not the real you and change the belief you have about yourself.

Change it and say to yourself that you are freaking beautiful and do it with as much passion as possible. Even if you don’t believe it yet, force yourself.

Write it down if that helps.

Step 3. Repeat it consistently. Write the opposite of every inner critic’s beliefs down. Read or speak it over and over to yourself until you feel better about yourself.

Step 4. Reflect on the belief now. Do you still believe you’re ugly? Keep telling yourself that you’re beautiful because you are beautiful!

See Also: 9 Baby Steps To Happiness For The Naturally Gloomy

5You’re Comparing Yourself To Others

Especially if you’re on a journey to success, you’ll look up at a lot of people who have something you want to achieve.

It’s really common for people to compare themselves and it’s one of the biggest mistakes people make. As you and I know, everyone is different and we live different lives.

If you compare your level 1 with someone else’s level 100, you bet you’re going to feel sad about your current situation.

It’s going to make you feel utterly miserable about yourself.

How To Stop Comparing Yourself To Others

If you look at it from a mathematical standpoint, what do you think the chance is 2 people live the same life?

Even Siamese twins have different experiences.

It’s just impossible to have the same things as someone else.

With this in mind, you need to accept yourself as you are and that your life journey is different than any other life journey.

You need to go through the things you’re going through to become the best version of yourself.

Everything happens for a reason.

6You Never Ask For Help

Do you always do everything on your own? Thinking you can solve everything alone?

When you’re experiencing a lot of problems, emotionally or any other way, and you don’t ask for help, you’ll have to deal with everything on your own. This is a robust process which can lead to a lot of stress and unhappiness.

Why You Should Ask For Help

Even the happiest people in the world need others to help them. If you take a look at His Holiness the 14th Dalai Lama of Tibet, he’s got a whole team of people advising him in his choices as a leader.

People who take care of his website, planning, etc.

He also talks about relationships being a vital part contributing to someone’s habits in his book ‘The Art Of Happiness’. Having people around you can really help you through the tough times.

You can reach out to them and ask them directly for help or just for company.

One thing you shouldn’t do is isolate yourself. If someone asks you to go out, go out with them. Being with another human being can make you feel consolidated.

7You Keep Thinking About The Past

Do you always remind yourself of the mistakes you made with a person you still think about from time to time? Or are you blaming yourself for something that has happened in the past?

If you’re living in the past, you miss the good things that are happening right in front of you. You’re keeping yourself in a negative state of mind by focusing on something that already happened.

The past is past and it can’t bring you anything. The present is your only moment and opportunity to be happy.

How To Be Present

Look around. Absorb your environment, thoughts, emotions and whatever else is there.

That is all you have to do to become present.

You could call it meditation or whatever you like.

See Also: Happiness Techniques From Around The World That Can Change Your Life

I hope you now understand the ways you are sabotaging your own happiness and how to fix it.

You deserve to be happy.

I think it’s vital to become happy so that you can spread your happiness to others and make the world a better place.

Marnix Buijs is a blogger, freelance content writer/marketer and online entrepreneur. He is a self-development book addict who has his interests in fields like relationships, spirituality, video games and much more. If he's not writing or working on his business he's meditating, sleeping, doing yoga, working out or contemplating about his life. 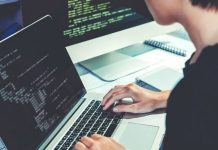 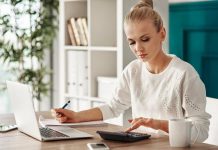 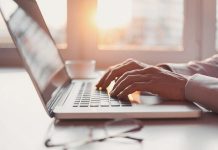 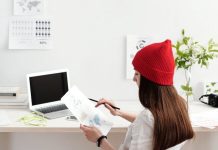