Be a Rebel: 7 Tips for Radical Achievement from Albert Einstein

Written and Published by Jonathon Yarde on January 17, 2017 - Reviewed by Dumb Little Man 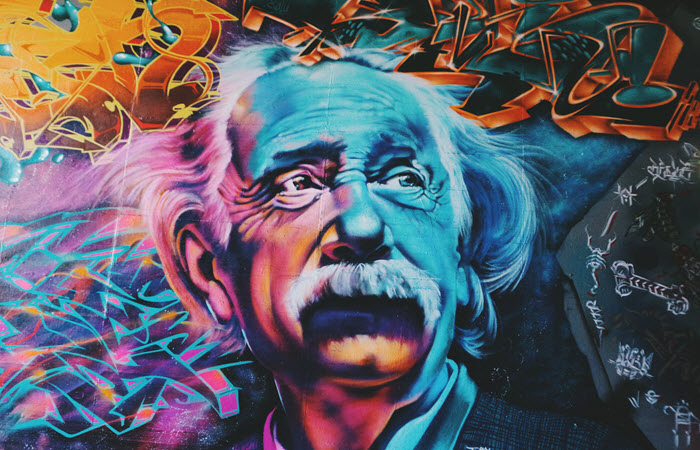 The idea that we can rise up, against all odds, has captured the imagination of generations.

But day-to-day social pressures are a powerful force. It’s extremely difficult to escape the status quo and go against the grain of our culture. Too often this results in a feeling of being stuck or trapped. Have you ever had this feeling?

Fear not! You can make your escape by learning from smart-guy poster child Albert Einstein.

That’s right, Einstein was a rebel. In fact, his disregard for established thinking was a huge contributor to his revolutionary scientific accomplishments. 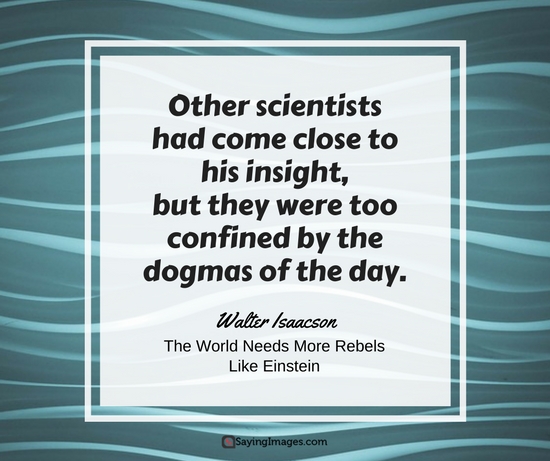 “Other scientists had come close to his insight, but they were too confined by the dogmas of the day.” ~ Walter Isaacson, The World Needs More Rebels Like Einstein

So, consider the tips from Einstein below and spark your own rebellion! 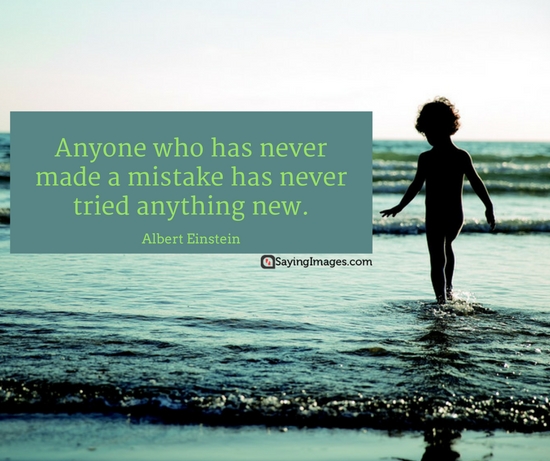 “Anyone who has never made a mistake has never tried anything new.” ~ Albert Einstein

Einstein made plenty of mistakes but his successes are what we remember. To make real progress, you have to step outside of your comfort zone. Try new things. Make mistakes. All in the name of progress. 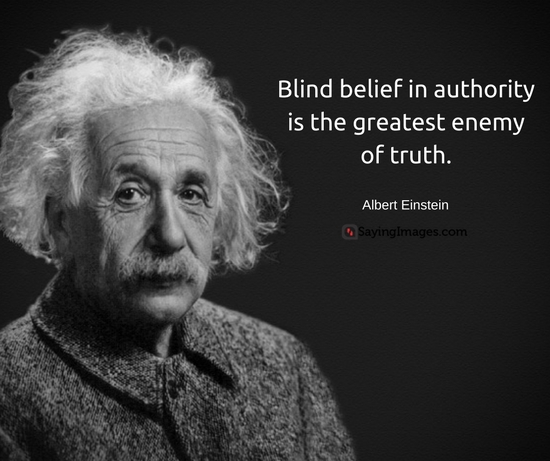 “Blind belief in authority is the greatest enemy of truth.” ~ Albert Einstein

Don’t take things at face-value. Develop your own understanding and be open to the fact that authority figures can be wrong too. 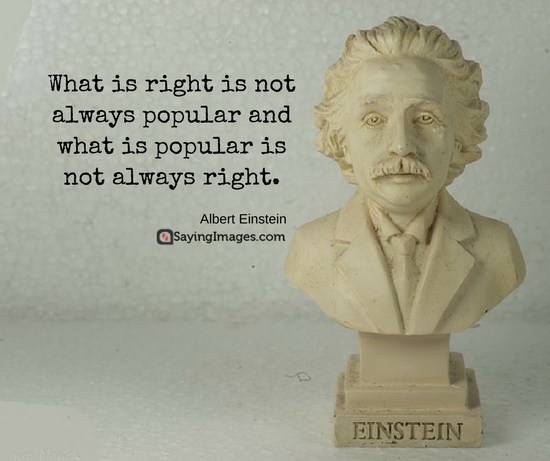 Sometimes, being right will make you unpopular. Be right anyway. Popularity is cheap and temporary. Strive for quality and truth despite the opinions of critics. 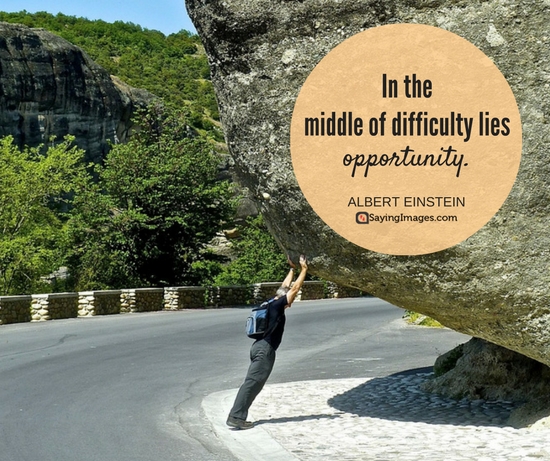 “In the middle of difficulty lies opportunity” ~ Albert Einstein

People who create the most valuable solutions are often those who chase the most difficult problems. Don’t be intimidated by big challenges because they represent the greatest potential. 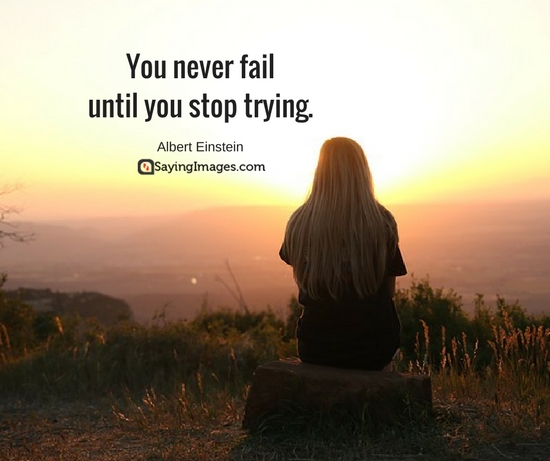 “You never fail until you stop trying.” ~ Albert Einstein

Be patient. Keep going. Things of great value often take years to build. But in the end, it will be worth it. 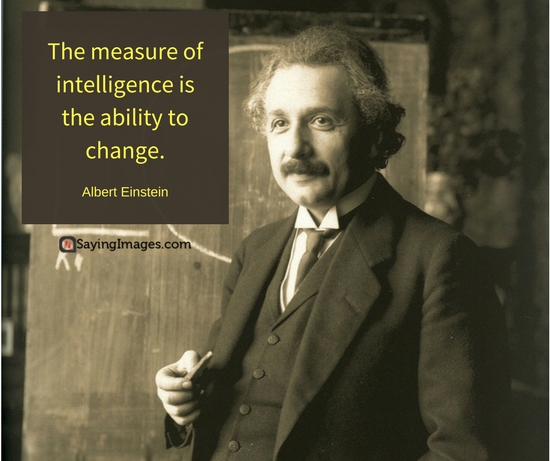 “The measure of intelligence is the ability to change.” ~ Albert Einstein

When the facts change or you’re proven wrong, don’t be stubborn. Don’t let a mistake waste any more time, or create additional mistakes. Own your failure and move on. 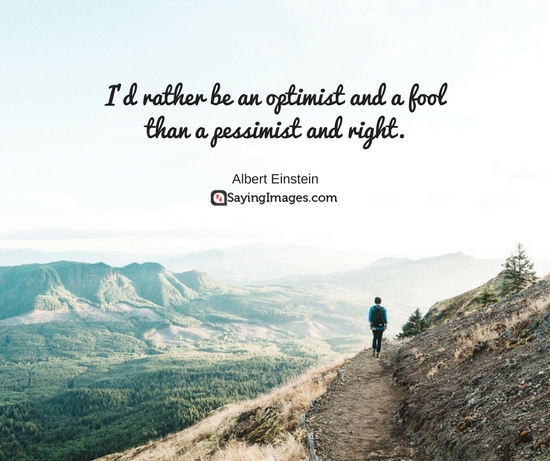 “I’d rather be an optimist and a fool than a pessimist and right.” ~ Albert Einstein

At the end of the day, we will experience successes and failures. But, the attitude we take will determine how we experience the world.

So strive, fail, succeed and smile at the possibilities of the future.

If you'd like to see more from Jonathon, check out his website and blog at Consultant Essentials. Jonathon is an entrepreneur, and freelance writer, specializing in topics related to consulting, time management, and organization. In addition, Jonathon is a frequent traveler, who loves backpacking, fly-fishing, and local music.