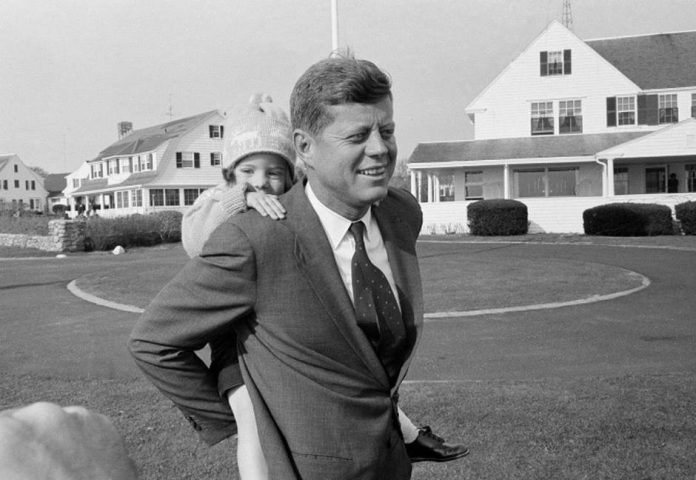 A poll after the first televised debate between two presidential candidates in 1960 had some interesting results. Those who watched it on TV tended to think that John F. Kennedy was the winner, while most of those who listened on the radio believed Richard Nixon had won hands down. The discrepancy seemed to be the result of optics versus substance – or perhaps the optics enhanced the substance to give a clearer view of leadership.

However you slice it, a small shift in one’s point of reference can make all the difference in the world. It is our perception of the challenges we face and the hardships and roadblocks that we encounter in life that really determines our ability to overcome them. A mountain viewed from the bottom up looks like a daunting climb. But if you simply take a few steps back your perspective changes, and you can see and strategize a more manageable path to the top. And if you view it from the top down, it may look like a majestic victory or perhaps like a sweet and enticing ride on a snowboard.

I remember as a young child walking with my father into the garage of a neighbor who had passed away. We had come to help the grieving family prepare for an estate sale, and my dad offered to clean up the garage. It was a complete disaster area – a lifetime of lumber, bricks, paint cans, hundreds of miscellaneous items, and debris was piled high and scattered everywhere. It looked like a hopeless mess and days of work just to throw everything away. I skipped off in defeat to play with my friends while my dad rolled up his sleeves and smiled brightly.

A couple of hours later I came back to take a look, and I thought the teeth were going to fall out of my head. In the driveway were a couple of garbage cans loaded to the top and some other trash boxed and stacked neatly next to them. Dad was sweeping the final flurry of dust out of the garage door. I wondered where all of the other junk was, so I looked inside. Along one wall was a line of shelves made of old lumber and held up with concrete blocks and bricks at the ends. The shelves were lined with clean paint cans all clearly labeled, toys, games, tools, and plenty of other marketable items. Another wall had a couple of bicycles hanging from large nails along with some bicycle tires, shovels, rakes, and ladders – all clean and nicely mounted. Work lights had been strategically hung as well to make the place look warm and inviting.

I was flabbergasted. Where I had seen a horrible, unfixable mess that made me run from the problem, my dad saw potential. I saw garbage, and he saw a treasure trove. He chose to approach the problem with joy and eager anticipation, and he easily and successfully imposed order on the chaos. We both looked at the same garage, but we saw two completely different things. It was our individual internal perception of the same situation that determined our different response – and different results. I ran; he created a vision in his mind and made it real.

The broken remnants of a life can feel like an unfixable problem and an unwinnable task too. So don’t “see” broken pieces; see building blocks instead. And don’t impose your childlike emotions on a situation without also engaging the more mature and detached mind of an architect who can build a palace out of a scrap heap – or a Chopped chef who can make a soufflé out of peanut butter, raisins, and American cheese.

Our perception of our future tends to look like a smooth and straight path with no obstacles or curves. But that’s just not realistic. When we are forced to turn a corner, we long for the “unlived” adventures that we were anticipating on the road straight ahead. We feel cheated or disappointed, and we forget to look out ahead onto the new path that now lies in front of us. The great thing about new paths is that we can visualize and create any kind of future we choose – until another corner takes us off in a different direction into a new set of adventures.

Maybe there aren’t enough pieces to build that tropical paradise, early retirement future with a stock portfolio or business investment that went South. But there is still enough competence and experience left to build a new future – as long as there is still a little fire in the belly. If the car breaks down on the way to the four-star hotel in Vegas, you can still have fun in a tent at the KOA campground instead of sitting in your broken car and crying about what might have been.

As humans we will always feel sadness, depression, and anger when things don’t go our way. That’s okay. It’s normal to grieve or pout for a while. But Heartbreak Hotel was never meant to be a permanent dwelling place. As humans we also have the resilience and intellect that can take us from Lonely Street to Funky Town, or to any destination we set our minds to.
If you think you are drowning, you will flail your arms and legs around until you drown. But if you see the water as a buoyant force that will hold you up, you will use your skills and rational mind to tread water and swim to safety. Shift your perspective just a little, look at things in a different light, and you are likely to see a more manageable problem and a strategy for making some delicious lemonade.

Former lawyer who overcame adversity and now helping others overcome their obstacles. writer and mentor.