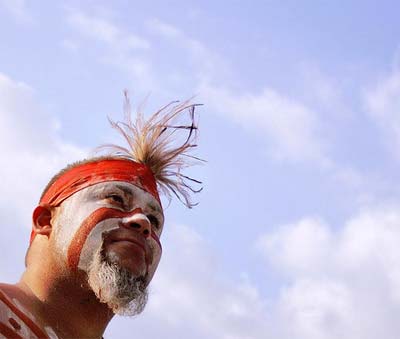 “Look for the good in everything and everyone. It is always there if we look hard enough.” Joyce Meyer

A few months ago, I noticed myself criticizing a lot of people around me.

For example, I would go to work and think – “This Mr X next to me, this co-worker, he talks too much and is always interested in gossip.”

I also thought that this other co-worker Ms Y had her own set of rigid beliefs she was not willing to change at all.

She wouldn’t even listen to others’ beliefs if they contradicted her’s.

Then I thought of another acquaintance (a neighbor) and thought – “The level at which she thinks is so low – she is always thinking of living a mundane daily existence that is socially conditioned and she can’t think originally at all!”

All these thoughts were there in my head even though I was not actively criticizing these people. In fact these thoughts might have been there for a long time, but it was only a few months ago that I noticed them.

Then, one day something struck me.

According to me, so many of my acquaintances, friends, and co-workers had some major flaws and I kept thinking of those flaws sub-consciously for a good part of my day.

But did they not have something nice about them too? What if they really had some superb qualities and I could actually learn from them?

Of course no person has ONLY bad qualities. That day, I decided to at least start looking for the good things in the people around me.

Everyone In Your Life Has Something to Teach You

The next day, when I went to work, I tried to think of one amazing quality in the co-worker who I thought gossiped a lot. What was really good about him? It immediately struck me: he was an amazingly funny person who always kept smiling throughout the day, cracking jokes and feeling cheerful.

Yes, he gossiped too, but overall he had this superb trait of NEVER really feeling dejected or sad or offended.

Even when he was going through a tough phase in life (a breakup), he would still joke around, compose poems and couplets and lighten the office atmosphere. Wow. In a way he was amazing.

As I looked at this person in a new light, I felt light myself. I felt good and I felt respectful toward him. I realized I could learn this cheerful, happy attitude from him.

Next, I focused on Ms Y, who had rigid beliefs and didn’t want to admit others’ beliefs existed. What good could I find in her? What could she teach me?

I realized (how could I have not realized this till now? :)) that she was one of the most assertive people I had ever met and she clearly asserted, honestly what felt true to her.

She may have been judgmental at times but she never lied in order to please others. She did not falsely laugh or smile to feign friendship. She was always forthcoming with her honest views even if they were offensive.

Wow again. A rare trait. I could learn that from her.

As I saw these people I generally criticized in a new light, I suddenly started seeing cool qualities in more people around me. In one person, I noticed the habit of keeping things perfectly clean and organized. I could learn that from her.

In my boss, I saw the not so common ability to talk rationally and logically in meetings. In the person at the milk booth near my house, I saw the ability to sincerely focus on his work and not get distracted by flimsy things.

On the very first day of practicing to see good things in people and not judging them for their bad habits, I felt so happy! At the end of the day, not only did I feel much better about the people I was with, but I also felt exceptionally light and joyous.

Look For the Good Things You Can Learn From Others

This entire experience has made me come to a conclusion: you will genuinely feel happier and more peaceful and also respectful of others if you try to focus on the good traits they have rather than the bad ones.

It is a natural tendency to focus only on what’s NOT appealing with respect to someone but that doesn’t make anyone happy. Instead, make an effort to notice the good traits in others.

You will feel happier.

And the person will feel happier when you tell him about his good trait. The good trait gets encouraged in the person as it has been appreciated.

Note that sometimes there might be people whom you may not resonate with and whom you may want to move away from. I am not asking you to force yourself to find good things in people who you know are a bad fit for you.

Be honest with yourself and move away from them if you think they are harming you.

But in general, you can focus your attention on finding the wonderful qualities that are present in all the people you meet. Let that be your norm rather than judging them based on their flaws. Many social relationships can become so much better if you just try to notice the good points.

I myself have just scraped the tip of the iceberg and have a lot to practice yet. All the best to you as you try to look at the best and unique sides of the people around you in the next few days. 🙂