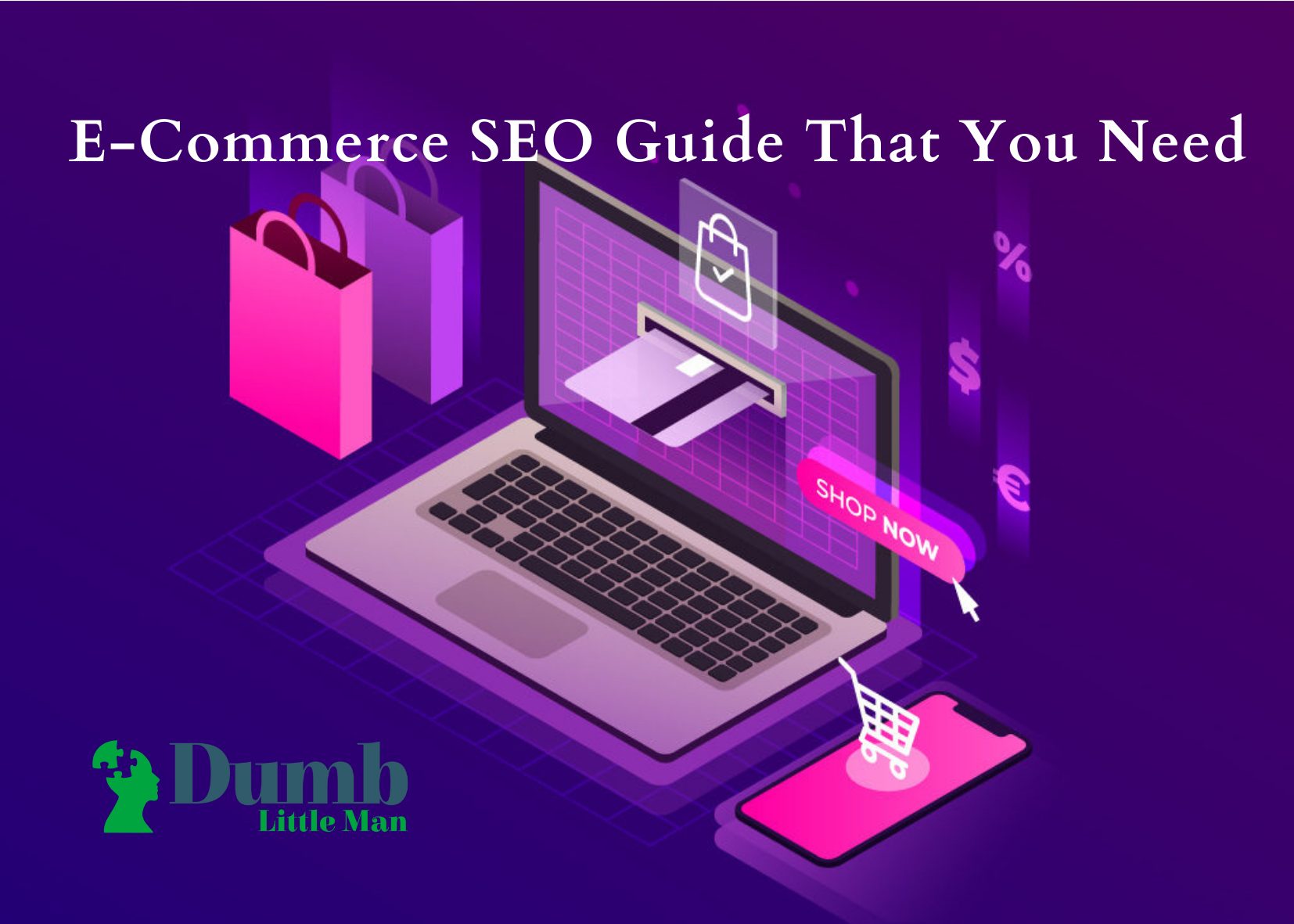 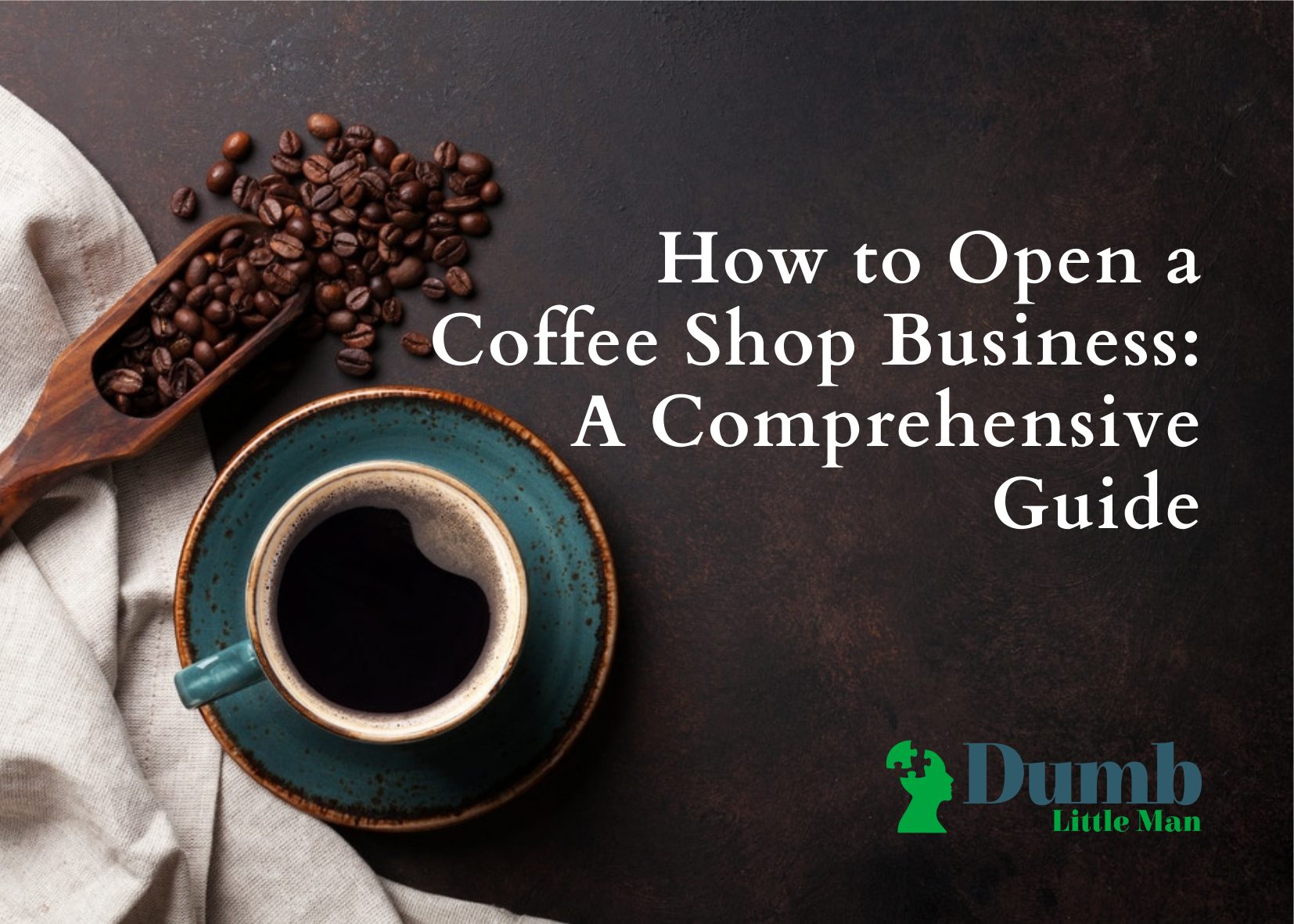 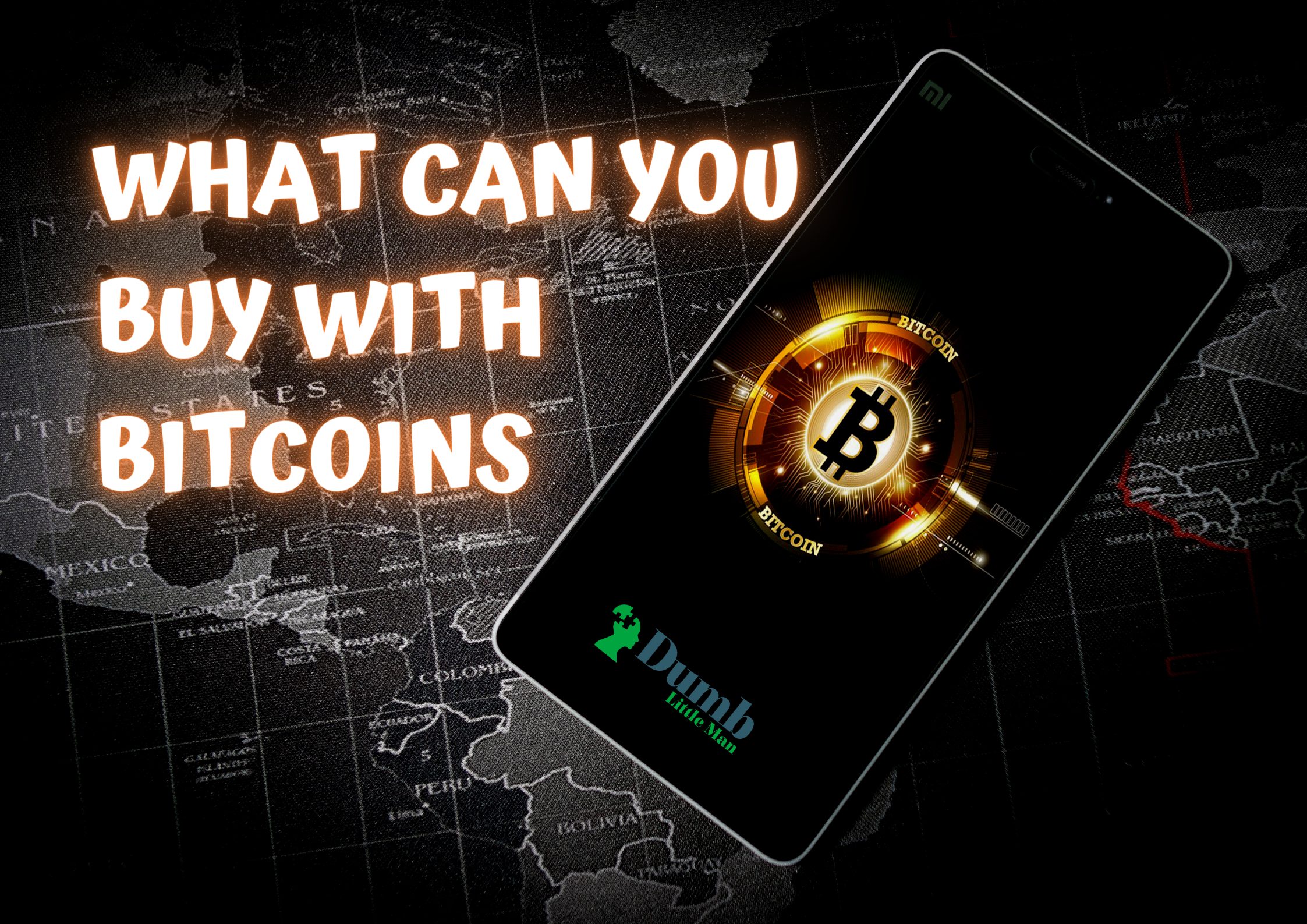 If Money could buy Happiness, You won’t get enough Bang for Your Buck 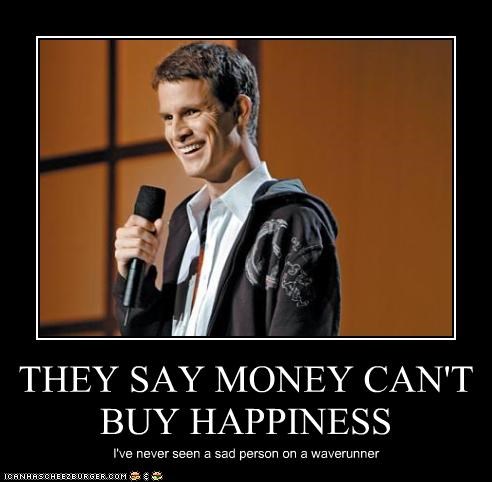 As human beings, we oftentimes dwell too much on the unanswerable question “Can money buy happiness?” Indeed, it is an age-old question and yet so many of us have defined our happiness by the amount of assets and wealth that we have. It’s that many individuals attain more wealth over time and get richer in the process. Ironically, all the money in the world can never equal the price tag that happiness oftentimes has attached to it.

So what is it that drives us to attain wealth that drives us to earn more and attain more assets and possessions? Does this truly make us happy, or is this nothing more than an illusion that will result in disappointment? Granted, money will enable you to buy the things that others cannot. However, if you truly believe that it could buy you happiness, you might get short-changed in the process.

Despite the fact that numerous research studies conducted over the past decade or so have not lent any support to money buying happiness, they have given us somewhat of an insight and understanding of the interrelationship of what we feel based on what we have earned. While economic experts have studied the links between happiness and wealth, psychologists continue to probe individuals in order to find out what makes us tick where money is concerned.

At first glance, the results almost appear to be obvious. For all intents and purposes, those individuals who earn larger incomes tend to be happier than those who struggle financially. However, the deeper you dig into these results, the more surprising (and useful) they become. Additionally, wealth does not provide any guarantees of living a better life. What matters is not the amount of money that you earn – it is the way in which you spend it.

For example, lavishing over the money you have will not make you feel quite as good as being charitable with it. When you do spend some of your wealth on yourself and your family, chances are you will enjoy doing so if you spend it on something such as vacationing rather than more material goods. Keeping that in mind, you can make better use of your wealth and maximize your happiness in the process.

You can’t put a Price on Experience

Once again, research conducted over the past decade has shown us that material goods cannot provide us with lasting happiness and pleasure the way in which our life experiences can. Yet many individuals still insist on prioritizing those assets and other material goods by denying themselves of the happiness and pleasure that comes from their experiences. In a recent study conducted earlier this year (2014), it was revealed that individuals find more value in material purchases because they last longer than our experiences and the fleeting memories of them.

In addition to this, thousands of different people living in 156 countries participated in a recent Gallup Poll whose purpose was to rate their quality of life according to a scale ranging from 0 (the lowest) to 10 (the highest). The top 5 countries were Canada, Denmark, Finland, the Netherlands, and Norway. These countries were fairly liberal in their political views, peaceful in nature, and relatively wealthy economically. Additionally, the citizens of these countries had access to education, family time, and healthcare.

Ironically, the US (considered the world’s wealthiest nation by many economic and financial experts), was ranked 11th. Conversely, a number of poor African nations compiled the entire list of the unhappiest countries. These nations were all beset by corruption, crime and violence, food scarcity, hunger, and oftentimes political instability. Consequently, people living in these types of nations become downtrodden and lack the ability to thrive. They are unhappy because they do not have the financial means to afford food, health, and shelter.

Money brings Happiness, but there are Limitations

A University of Pennsylvania study conducted in 2008 revealed that individuals who earned a higher annual income were reportedly much happier, even when they lived in the wealthier countries on the original list of 156. Interestingly enough, earlier studies involving big money lottery winners indicated that their happiness had faded considerably several years later. More recent studies have revealed that long-term happiness resulted after they won the lottery. In some cases, new opportunities arise from increased wealth while others oftentimes suffer.

It has oftentimes been stated that the stresses and transitions that impact our lives can be cushioned by wealth because there are more options and resources available to those with money. They are able to pay for childcare, healthcare, medications, vacations, etc. all of which enable those individuals to cope in a number of ways. On the other hand, not having the financial means to handle life’s unexpected events such as a serious illness or unemployment can devastate a family financially and condemn them to a lifetime of living in poverty.

This in turn places a great deal of stress on those relationships who struggle financially in order to exist in their everyday lives. If you are constantly worried about surviving, it places a substantial amount of stress on the relationship thereby interfering with a couple’s or family’s ability to connect empathetically with others and enjoy their lives in the process. The bottom line is that there are a substantial number of benefits for those who are considered wealthy compared to those individuals who are not.

When it comes to getting more bang for your buck, research studies have shown that spending your money on assets and other possessions does not provide the sense of happiness that you feel when spending your money on education, psychotherapy, or vacations. This is based on the fact that the pleasure possessions bring us comes from the acquisition of them rather than merely having them. It’s interesting to note that once we have these possessions, we wind up taking them for granted.

Ajax went on an epic journey of personal discovery around the world. Read:How to Travel The World On Any Budget

Ajax went on an epic journey of personal discovery around the world. Read:How to Travel The World On Any Budget 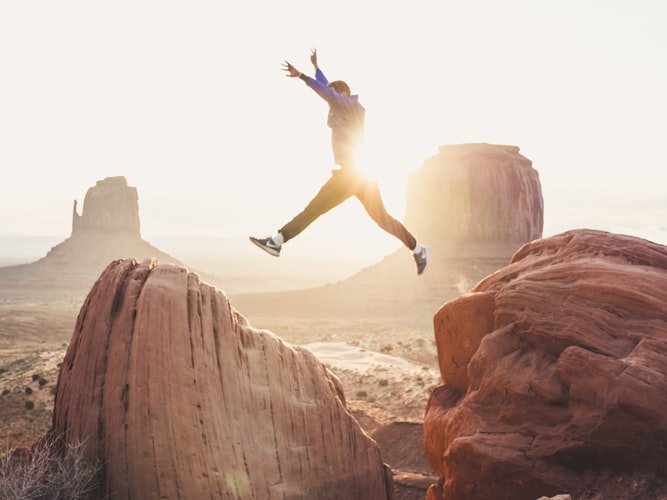 8 Principles to Live by For An Epic Life 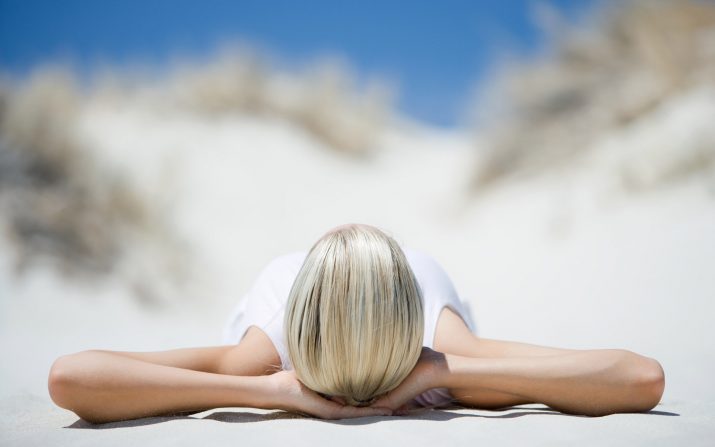 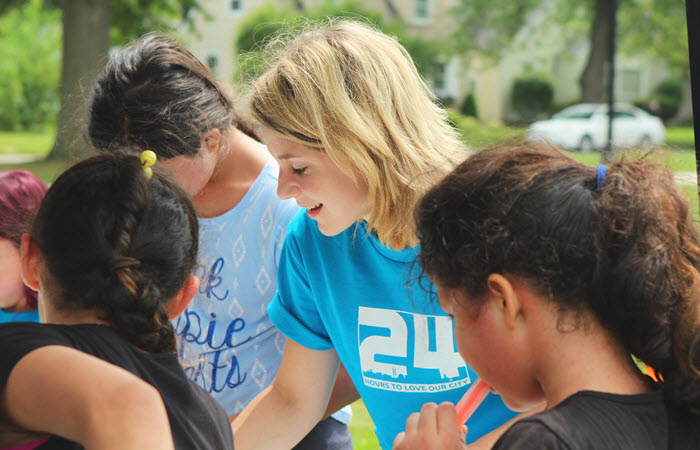 The Surprising Benefits of Giving Back on Your Mental Health

Not all people feel enthusiastic when it comes to volunteering. Most of us would 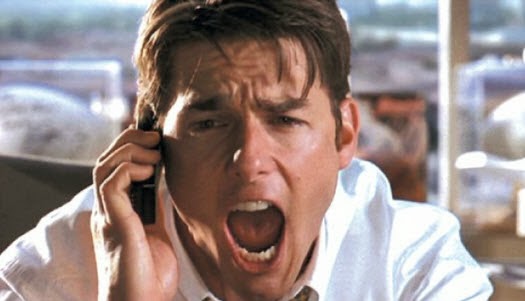 Greed Is Good! How Financial Advice From Gordon Gekko and Vito Corleone Can Teach You About Credit Management 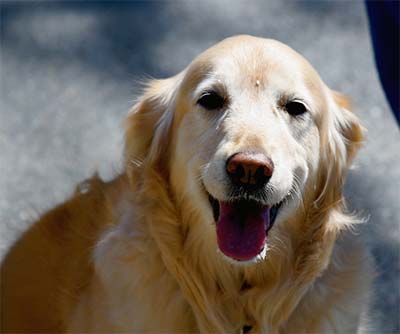 32 Quick and Easy Ways to Short-Circuit Your Happiness

“Happiness is not something ready made. It comes from your own actions.” ~The 14th 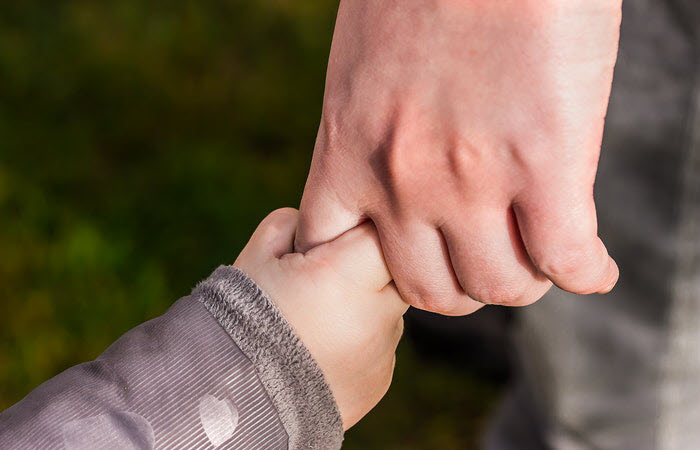 Why You Should Never Tell Your Kids To Say Thank You

Polite kids are a joy, aren’t they? Welcomed anywhere. Praised and held up as 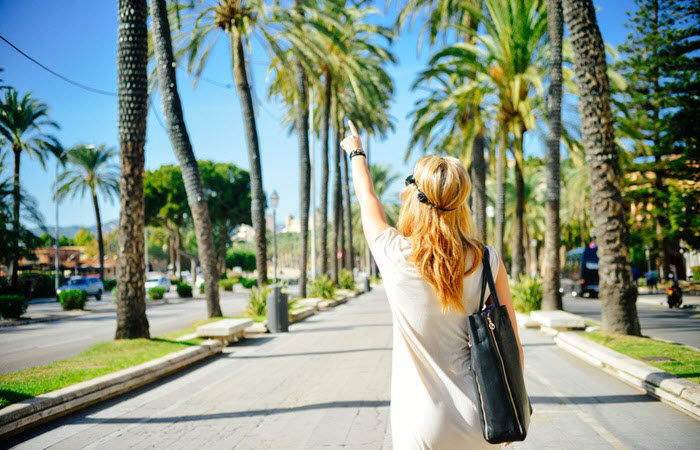 In its simplicity, life can be difficult. Then we make it more tortuous by 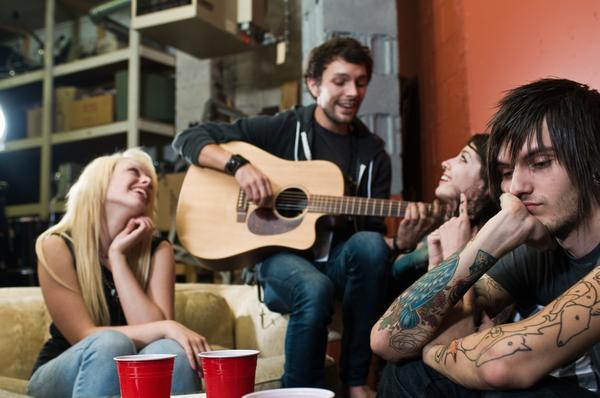 Everywhere you look – haters. With social media so abundant in today’s day and