Make Sure Your Facebook Profile Doesn’t Lose You A Job

Written and Published by Ali Luke on February 24, 2009 - Reviewed by Dumb Little Man 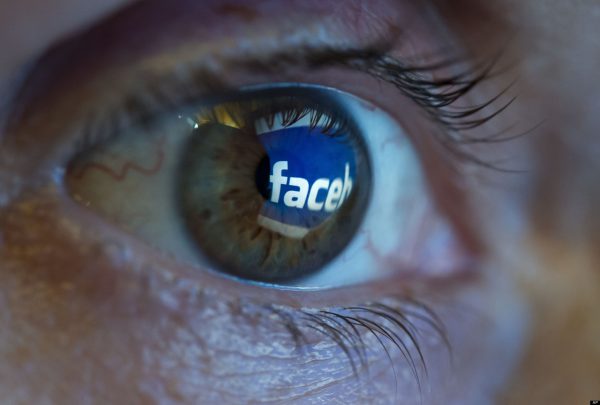 Do you use Facebook? I do too — and so do a heck of a lot of other people. Including my mom, and my former boss.

Employers are increasingly using Facebook (and other social networking sites) to check up on potential and current employees. People have been disciplined at work, have missed out on job positions, or have even been dismissed due to comments they’ve left on Facebook and similar sites.

In the credit crunch times, you can’t afford to have anything working against you. Here’s how to make sure your Facebook profile isn’t visible to your boss – and how to clean it up if necessary…

Step 1: Check Your Privacy Settings
Do you know who might be reading your Facebook profile? Are you really certain that it’s only limited to those people who you’ve accepted a Friend request from? Log into your account, click the “Settings” button on the top left: then look at the “Networks” tab:
Like me, you might well be in two or more networks – probably a school one(mine’s Cambridge University) and a regional one (mine’s London – so pretty huge). Have a quick glance at the numbers of people in those networks: 44 thousand at Cambridge and three MILLION in London.

Hang on a minute … “My Networks and Friends”? Well, I’ve got three hundred or so friends on Facebook — but my networks cover three and a half million people: all of whom are either graduates of the same university (so high on my list of potential networking contacts), or people who live in London (where, if I was looking for another full-time job, I’d be seeking employment).

As you can imagine, giving potential bosses (and your past professors – people who might write you a reference) access to your entire profile could be a no-no. I don’t actually use Facebook a lot and the few obligatory drunken photos of me aren’t particularly risque, so I’m not too bothered who can see my information. But if you pack your profile with rude quotes, if your status update regularly includes how drunk/stoned/lazy you are, and if the photos of you are ones you’d never want to be posted on the office noticeboard … you might want to limit all of the information in your profile to friends only.

Why Should I Bother?
When an employer decides to check you out on Facebook prior to interviewing you, they won’t be able to see your profile, photos of you, and so on. The first impression they get of you will be a professional one from the interview. Leaving your Facebook profile open to them is a bit like inviting them to come and nose around your home (when it’s at its most untidy, with your stack of dodgy magazines left lying around…)

And if you doubt that employers do make these checks, here’s food for thought from an article on “Facebook Can Ruin Your Life” from the Independent (a UK newspaper) – emphasis mine:

At Cambridge, at least one don has admitted “discreetly” scanning applicants’ pages – a practice now widespread in job recruitment. A survey released by Viadeo said that 62 per cent of British employers now check the Facebook, MySpace or Bebo pages of some applicants, and that a quarter had rejected candidates as a result. Reasons given by employers included concerns about “excess alcohol abuse”, ethics and job “disrespect”.

Do you want to risk missing out on your dream job because of your Facebook profile?

Step 2: Cleaning Up Your Profile
You might not want to limit access to your profile to only your friends, if you use Facebook for a lot of networking. Or, you might have a lot of “friends” who’ve added you because they read your blog, or because they knew you in kindergarten: you never know when one of these friends might be a useful ally, a potential employer or mentor.

And although your profile might not contain anything too dreadful (such as admissions of just how you ended up leaving your previous job), things which seem perfectly innocuous could still cause employers to decide to pass on you. The recruitment site www.onrec.com offers ten top turn-offs for employers who are performing discreet background checks using Facebook and similar sites:

And from the New Zealand Herald:

Interestingly, employers were not just concerned about alcohol or drug use, or inappropriate photos. They also used the information posted to identify those with poor communication skills, and inaccurately stated qualifications. Bad mouthing of former employers and colleagues was also identified as a concern in a large number of cases.

So it’s worth cleaning up your profile to get rid of anything that’s not contributing to the impression you want to give to employers, business colleagues and other contacts – anything which undermines or contradicts your personal brand.

I’m going to focus on two key areas that could be letting you down: “Your Info” and “Your Photos”.

Click on “Profile” in the top bar, then on “Info”:

Have a good read through what’s listed there. You might want to update old information (I’m awful at doing this…) You may need to self-censor some of your “favorite music” or “favorite movies”, if you have somewhat extreme tastes in either. Think about who might read your profile here: if you’re going for a job with a right-wing political or charity body, a long list of slasher/horror movies and death metal music might not go down too well, but it could be just the thing if you’re trying to land a job with a design agency that prides itself on “alternative” styles and creating shocking, engaging concepts.

Click onto the “Photos” tab. This will show everything which someone’s tagged with your name. It’s worth going through every single one, and untagging it if it’s not something you want to be associated with! Again, use your own judgement here: an unflattering shot might be a disaster if you’re trying to become a supermodel, but could be an actual asset if you’re aiming for a career in stand-up comedy…

Click on the thumbnail to view a photo full-size, and click the “Remove tag” link next to your name (at the bottom, under the photo) to remove the tag – meaning snoopers can’t find that photo of you:

For most of us, photos to look out for are:

Why Should I Bother?

Current employers (or your university/school) may check up on your Facebook profile. The Independent article mentioned the unfortunate case of:

Kevin Colvin, an intern at Anglo Irish Bank, who told his employers he had a family emergency, but whose Facebook page revealed he had, in reality, been cavorting in drag at a Hallowe’en party.

Photographic evidence can also be used to catch student culprits:

Oxford University proctors disciplined students after pictures of them dousing each other in shaving foam, flour and silly string in post-exam revelry were found on their Facebook pages.

Step 3: Keeping Your Profile Clean
Once you’ve limited access to your profile and cleaned it up, you need to keep it safe for work. In my last full time job, my boss was “friends” with a number of my co-workers: this calls for considerable caution! If you have parents who are paying your tuition fees, you might want to make sure your Facebook account gives the impression that you’re making the most of their money (rather than partying constantly…)

Some good points to pause for thought are:

It’s also unwise to use Facebook while at work – your actions are time-stamped, so if your boss sees that you’ve been updating your account at 11am when you should’ve been hard at work, s/he’s unlikely to be impressed.

Why Should I Bother?

Thoughtless use of Facebook has led to people losing their jobs in the past (though this is usually due to admission of some serious wrong-doing, such as theft from the company). Even if you don’t get sacked, you might have to face up to consequences.

I’ll leave you with the cautionary tale of Kyle Doyle, a call center worker who pulled a sickie … and bragged about it on Facebook:

Kyle Doyle, a 21-year-old resolutions expert for telecommunications firm AAPT, bragged about his day off on the social networking site while telling his employer he was away for “medical reasons”.

But he was found out when his boss spotted this Facebook profile update on the day in question, August 21: “Kyle Doyle is not going to work, f*** it I’m still trashed. SICKIE WOO!”

So … head on over to Facebook, and check out the employer-friendliness of your profile. Let us know what you decide to change (or whether you look squeaky-clean already) — but don’t say anything too incriminating in the comments. Remember, bosses read Dumb Little Man too…