Being the Lone Ranger

Written and Published by Tom Smith on June 19, 2015 - Reviewed by Dumb Little Man 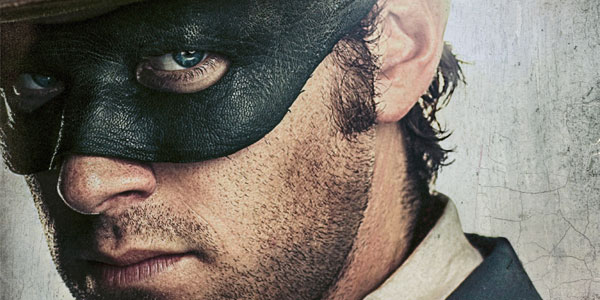 A month or two back, I had an experience in which I felt like I was lonely. I was out speaking to a group of students and had this feeling of disengagement and loneliness based on the response I was receiving from the students, and I began to question my mode of operation.

Another example of this is when I made the choice that going out to bars and drinking every weekend was not the best use of my time at the age of 23. I had realized that working 60 hours in five days, followed by two nights of going out to the bars with friends on Friday night and Saturday night to “decompress” was not the best use of my weeks and my time. I realized that my life was flying by me and I was just floating through life, simply living in my environment… not maki ng my environment a product of my choices and decisions. So I started going out less, and saw certain friends in my life less. And do you think they gave me crap? Of course they did! With both of those situations I felt alone, rejected, and isolated – that was my initial reaction and emotion. But emotional intelligence is being able to interpret those feelings and understand what they mean.

I had that same feeling at the time I was speaking to the group (just a few months back), a feeling of loneliness when I would go home early, or when I wouldn’t go out at all, but in the end it was worth it. Just about 4 months ago (or 25 months from the time I made the decision to stop going out so much), I started hearing from my friends abou t how th ey were doing the same.

Being ahead of the curve and being a leader isn’t always trumpets and fanfare. It is sometimes a lonely place, and a place of non-acceptance. But you have to believe in yourself and what you are doing, and surround yourself with a support group to help you through those tough times.

Leadership at its essence has a component of loneliness. Leaders venture ahead of the crowd and search new grounds, try new things; some of them work and some of them don’t.

Benjamin Franklin decided to become a vegetarian at the age of 16 in 1722. Do you think there were many other vegetarians at that time?

He even comments in his autobiography: “My refusing to eat flesh occasioned an inconveniency, and I was frequently chid for my singularity.” He later talks about the benefits, reaffirming himself and saying that he could instead use the time that most people were out eating and drinking to work and study more. He says: “But I had another advantage in it. My brother and rest going from the printing-house to their meals, I remained there alone…had the rest of the time till their return for study, in which I made greater progress, from that greater clearness of head and quicker apprehension which usually attend temperance in eating and drinking.”

Do you think it would have felt awkward and lonely if you did that, and stayed home when your sibling and friends went out to eat after work (printing-house)? So that you could study more?

Leadership is not easy. It involves tough decisions, and not everyone will agree with those decisions, nor should they. Remember, lead with your heart, and have confidence in yourself. The greatest leaders in history made decisions and did things that certain folks did not agree with, but they believed in what they were doing and they believed in themselves.

During certain times of leadership, you will feel rejected, you will feel at odds with your friends and family, and you will feel lonely. That does not mean turn back. The long term gains from leadership cannot be sacrificed for the short term. Push through those feelings to see things as they really are, and let your heart lead your way .

The content on Dumblittleman is for informational and educational purposes only and should not be construed as professional financial advice. Should you need such advice, consult a licensed financial or tax advisor. References to products, offers, and rates from third party sites often change. While we do our best to keep these updated, numbers stated on this site may differ from actual numbers. We may have financial relationships with some of the companies mentioned on this website. Among other things, we may receive free products, services, and/or monetary compensation in exchange for featured placement of sponsored products or services. We strive to write accurate and genuine reviews and articles, and all views and opinions expressed are solely those of the authors.
<section class="elementor-section elementor-inner-section elementor-element elementor-el