In the wake of the global financial crisis, the job marketplace has become very difficult to navigate. Holding on to a job these days can be as challenging as finding one, but asking to be rehired can be problematic for some individuals. This is not a simple matter of business etiquette; it is a major decisions that must be approached with caution.

The first consideration to make is to select the right approach, and writing a letter might not be it. Workers who were terminated should think twice about asking for their jobs back, and they should generally try to ask for a one-on-one meeting instead of writing a letter. A similar approach should be pursued by those who resigned and felt that their employers were uncomfortable with their departure. All others, including those who were laid off, may try the letter-writing approach.

People who are still in contact with former coworkers should reach out to them in an effort to determine if the time is right to ask for their jobs back. If, for example, the company is going through a transitional period, it may be prudent to wait until stability and prosperity return.

Former employees should also be prepared to negotiate with their previous bosses with regard to salaries and working conditions; should they not be in their favor, a Plan B of looking for a different opportunity elsewhere should already by in place.

It is important to be business-like and not assume that former bosses will immediately remember the good times. A reintroduction is in order, and it should refresh the memory of the reader with names of supervisors, departments, duties, and any accolades earned during the past period of employment.

The section of the letter asking for the job back should immediately follow the reintroduction. The request should be succinct and address the specific position being sought. Salaries, working conditions or starting dates should not be mentioned on the letter at all.

Next, the letter should touch on the reasons for leaving the job and the pertinent events that have transpired since. For example, an employee who left for a higher salary at a start-up that did not survive market conditions can highlight these circumstances and explain that he or she is now looking for stability.

The final section of the letter should mention availability for interviews and a courteous line that touches on a positive emotional impact of returning to work; for example: “I really miss everyone over there.” 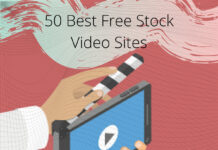 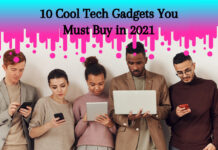 September 21, 2021
MetaboFix is the one and the only rapid metabolism-boosting formula with over 20 unique polyphenol blend extracts and 9 metabolic belly fat burners that...

The Stop Snoring and Sleep Apnea Program Review: Does it Really Work?

Types of Yeast Infections and How to Treat Them

The Stop Snoring and Sleep Apnea Program Review: Does it Really...