If Your Goals Don’t Scare You, You’re Setting Them Wrong

Written and Published by Maria Marklove on December 17, 2018 - Reviewed by Dumb Little Man 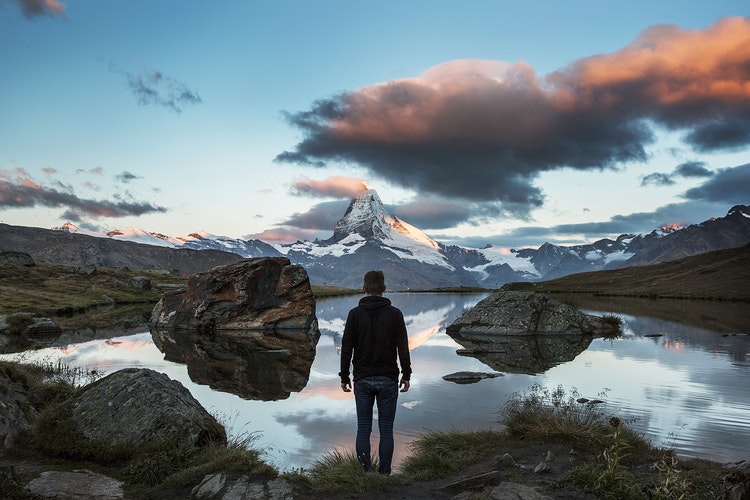 When I was six years old, my alcoholic mother forced me to drink saltwater, then laughed in my face as I vomited into the sink. By the time I was 20, I was in an abusive relationship with a man. I had anorexia and had been depressed for 13 years.

Now, I’m 30 and I have a Ph.D. in Mathematics. I’ve competed as a weightlifter and climbed cliff faces in multiple continents — by myself, with no ropes. I’ve performed muscle-ups on gymnastic rings, had an oil painting exhibited in an art gallery, and written a novel. I’m a successful writer and coach.

And I experience peace, contentment, and clarity almost daily.

At the turning point in my life, I didn’t know any of this would happen. All I had was a vision of better. I didn’t know how I was going to turn my life around. I just knew that I had to because my life depended on it and that I was scared.

How is it that some people can achieve feats that, once upon a time, they could barely dream of? How is it that some of the most intelligent and capable people in the world are frustrated because they know they can do better and yet something seems to block their way over and over?

I’ve spent the last decade learning and understanding. During that period, I’ve come to the conclusion that the first step is to create a vision for yourself and your life — one that will force you to grow in surprising ways.

Have you been playing too small? 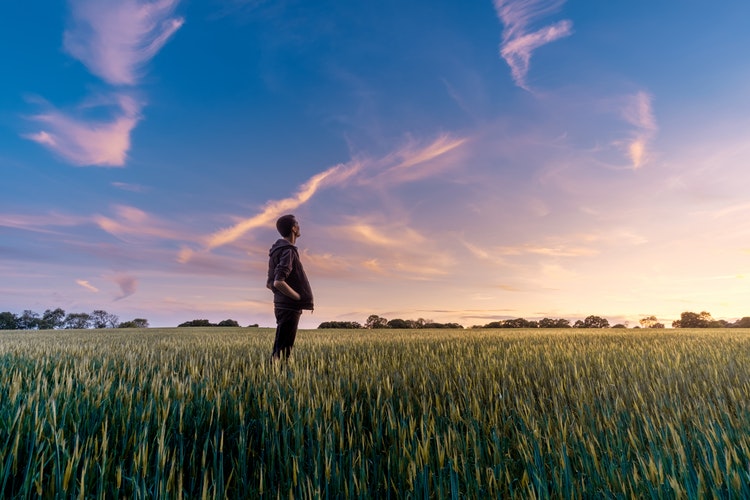 Although I’ve never met you, I’m going to make a bold claim and say that whenever you’ve set a goal for yourself in the past, you haven’t been thinking big enough.

This is going to change today.

When many people set a goal, they generally settle for one of two types:

When you set one of these goals, you’re setting the bar way too low. Doing so leads to minimal growth and generally leads to frustration because you know you are capable of more.

For me, I knew that a life of depression, abuse, and eating disorders was not the life I wanted. I had no idea how to turn the situation around but I dreamed of more for myself. I wasn’t sure that I could do it, but I dreamed of a better life and took action anyway.

If you’re going after something you want, and you know how to reach it, it’s the wrong goal. You’re going sideways, not forwards.

If you really want to go after something, you have to be excited. You have to pull something out from inside yourself that you didn’t even know was there.

Setting Goals That Make You Excited

The kind of goals I want you to set are the ones that make you question what you really want from life. They force you to stop playing small and start thinking big. 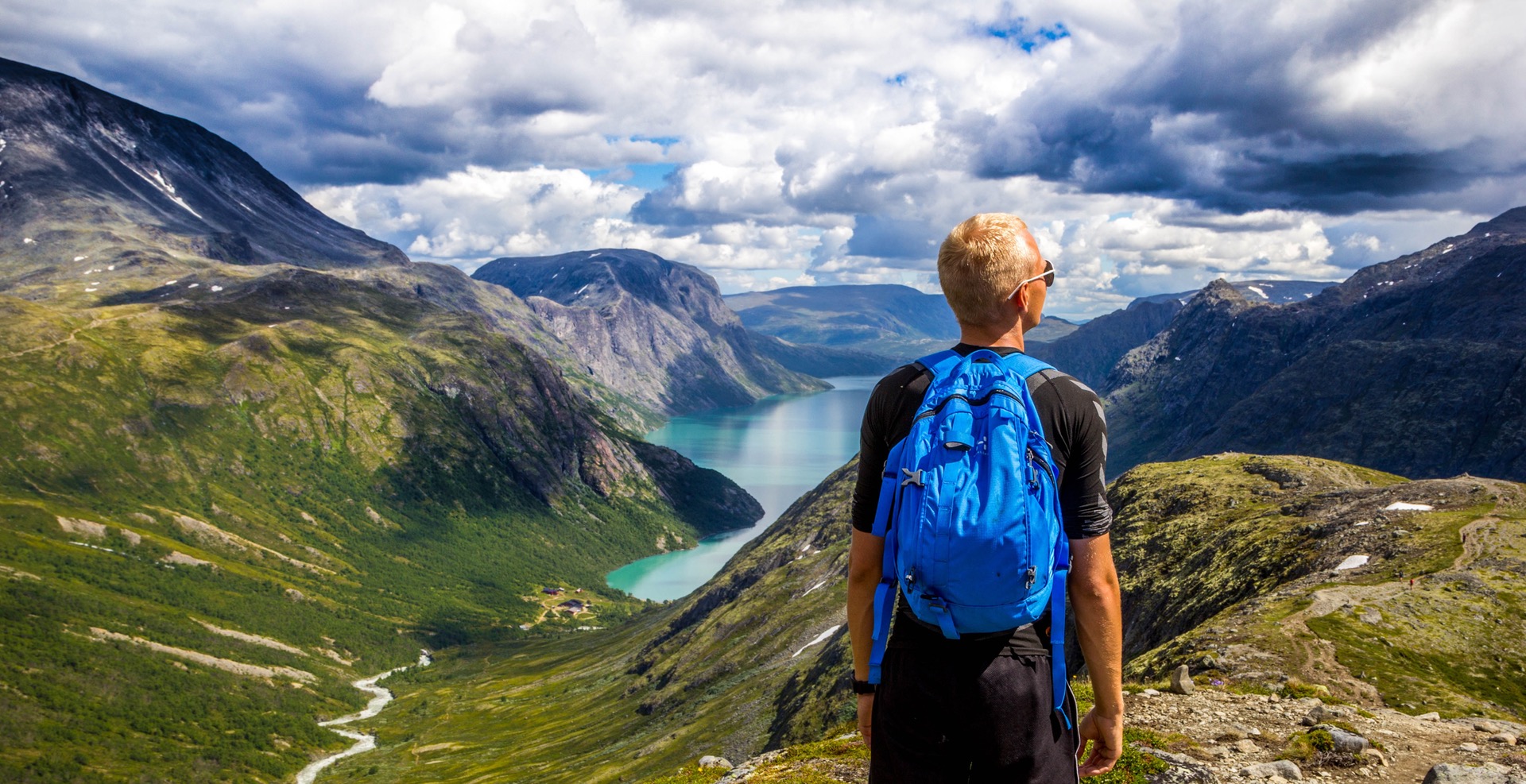 Edmund Hillary thought big when he decided to be the first person to climb Mt. Everest. Everyone else said it was impossible. Everyone who tried, they died. Despite those things, Hillary didn’t give up.

Something stirred inside him when he dreamed of that mountain. Something made him keep coming back, attempting to summit year after year. Failing, until finally, he made it. And today, over 4,000 people have conquered the same summit because he was the one who led the way.

The Wright Brothers thought big when they decided humans would one day be able to fly. They had no idea how they were going to build the world’s first plane, but they had a vision that made them jump out of bed every morning and ignore every single person who said they were crazy.

The vision of two brothers who dared to dream means that, right now, there are 10,000 planes in the air above you, carrying over one million people up there in the sky.

And for me, thinking big involved turning my life around so that I am no longer depressed or abusing myself. Instead, I’ve become my own definition of success.

This is the power of getting in touch with what you truly want.

What if I don’t know what I want?

A lot of people say they don’t know what they want, but I don’t buy that. I think you do know what you want; I think you’re rejecting it before you give it any serious thought. 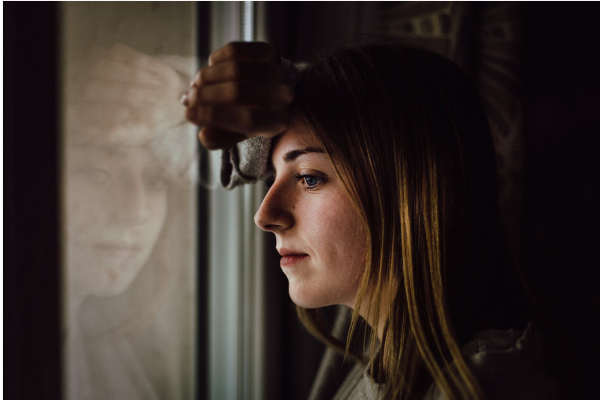 Society has conditioned us that fantasies are for children and not for adults. That makes it so easy to reject our dreams.

Think back to when you were a child.

If you’re anything like me, you fought dinosaurs, imagined entire cities you’ve created, and dreamed you could fly above the clouds.

Then, the adults in your life told you to focus and stop daydreaming. So, you put your imagination and your dreams away. You rooted yourself firmly in reality.

The thing is that reality is first shaped through imagination.

The building you’re in, the screen you’re reading this article on, the internet, airplanes, rockets — all of these were all impossible at one point. However, through someone’s imagination, they have become reality.

Trees and rivers, they are objectively real. But the accomplishments, inventions, and achievements of humanity all start subjectively, in the mind, through effective use of the imagination.

Your individual goal doesn’t have to be completely earth-shattering, but your imagination is key to finding and achieving what you truly want from your own life.

How to Set the Right Goals

Play a game with me.

Find a quiet place and for the next few moments, give yourself permission to daydream. Dust the cobwebs off your imagination, relax, and let your mind wander.

Now, ask yourself the following questions.

If there were absolutely no limitations,

Start writing down your answers with no filter. Be brave and don’t judge yourself for anything that comes up, no matter how silly or unrealistic it seems right now. This is simply the beginning of the creative process and no one else will read this list if you don’t want anyone to.

Imagine there was nothing to hold you back. What do you want? What do you really love to do? That’s what your purpose and goal will be all about.

Now, if you’ve really let your imagination roam freely, this list of things you want in your life will probably be quite large.

Try to narrow them down to one or two goals at most. I usually advise people to set a personal and a professional goal.

How do you do that?

1. Ask why until it hurts 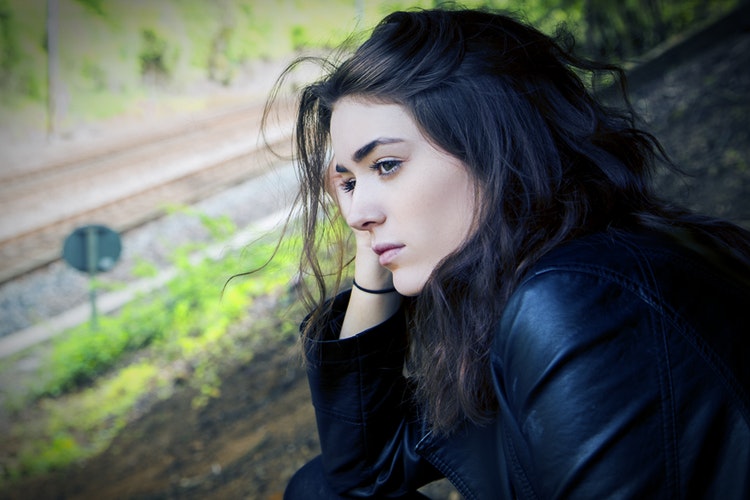 Why is this goal important to you? What will achieving it give you? Who will you become?

Asking why until it hurts will make sure that this is your goal and not someone else’s. This is critically important. If your goal is someone else’s, your sense of why will eventually wane and you will not achieve it.

2. Make sure you can get emotionally involved in your goal

To achieve lofty goals, you must be able to get emotionally involved in the process. While you may not know exactly how you’re going to achieve your goal yet, you must have a strong enough “why” to get you through the tough moments that will inevitably arise when you go after something big.

Getting emotionally involved in your goal means you’ll be excited about achieving it. Your behavior will begin to change which will take you closer and closer to the end result.

Take your time with this activity. You will probably need to revisit this several times before you have the clarity you need to move forward.

At this point, you’ve come up with an idea — your fantasy. This is the point where you must ask yourself two more very important questions:

Thinking big is a bit like crossing a jungle which can be quite scary. You won’t know what lies in there, but you do know that if you get to the other side, you’ll be stronger, wiser, and more fulfilled.

If your goal doesn’t sort of scare you, you know you’re on the wrong track.

So, don’t listen to people who say it can’t be done, including yourself. You have deep reservoirs of talent and you are capable of so much more than you know.

Embarking on any journey involves some kind of sacrifice. Maybe it’s energy, maybe it’s time, or maybe it’s something else.

You have to ask yourself:

Is this goal important enough to me that I am willing to pay the price?

Edmund Hillary went to Nepal in 1951, 1952, and 1953. He was willing to do whatever was required to get to the top of the mountain. Thomas Edison failed to make the electric light bulb 10,000 times but he never gave up, because he was willing to fail. The Wright Brothers were laughed at time and again, but they had a vision that was bigger than all of that.

Once you have decided that you’re willing and you’re able, in that moment, your fantasy turns into a theory.

Your theory is your goal.

Now, you have your goal and direction. You must start to take imperfect action.

A rocket fails its way to the moon

This is a personal journey of growth. Along the way, you will set yourself smaller goals, process goals,  and habit-changing goals. There will be limiting beliefs and psychological barriers you have to cross. It will be hard, but as long as you keep your goal in the forefront of your mind, you will get there.

A rocket fails its way to the moon. It keeps getting thrown off-course, but it constantly corrects itself because it knows exactly where it’s headed.

The same is true for you. You will get thrown off-course and you will have setbacks. However, if you know you’re heading to the moon, then even if you fall short, you will still land among the stars.

To sum it up

Maria Marklove helps ambitious high-performers achieve big dreams. As a writer, strength athlete, and holding a Ph.D. in Mathematics, Maria’s approach combines the ideal blend of science, creativity, and grit. She is able to empathize deeply with her clients, while supporting them with strategies to focus, crush their goals, and develop peak performance, no matter what obstacles are in their path.