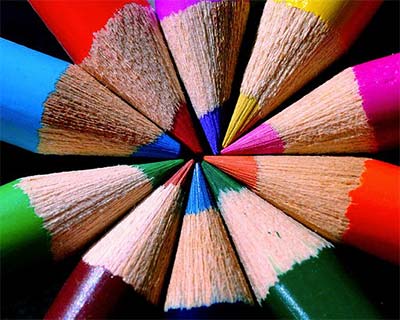 Who among us hasn’t dreamed of discovering the next big thing or designing a breath taking product or at least solving a personal situation creatively and brilliantly.

The problem is, most of us just dream about it.

The truth is that you CAN turn that dream into reality.

Unfortunately, there is a common myth that you are either born creative or doomed to a mediocre existence.

While it’s true that some people have a more natural access to their creative thoughts, it doesn’t mean that you aren’t creative.

Here are 9 ways for you to unleash your creativity.

Sleep is a passive state, right? I mean, you aren’t exactly thinking about solving the theory of relativity while sleeping. Not much is going on in your mind.

Although your body is resting, your mind is actually very active during sleep.

You’ve probably heard that our brains have two hemispheres: the right side takes care of creative tasks and the left is the logical, problem solving, serious older sibling.

During waking hours, it’s true they work relatively independently. But surprisingly in sleep, they often join together to process information. Also, cortisol, a hormone which increases during sleep, breaks up your day’s memories into fragments, allowing your dreams to re-assemble them in bizarre but creative ways.

This is why we often go to bed still struggling to solve an issue, and then wake up with a brilliant but unexpected solution.

In fact, many famous scientists, poets and writers did their best work while sleeping.

So is sleep all it takes to be creative?

People who are more creative during the day, are better able to use sleep for creative problem solving. So no, slacking off all day and then jumping into bed won’t make you the next Einstein.

Action: Before you go to bed, think of an issue you want to solve. This is called priming and may allow your brain to work on it while you sleep.

Apple did not succeed just because they made good computers. They made innovative computers, that had amazing quality, beautiful fonts, clean minimalistic lines and intuitive user interfaces (to name a few).

How did Steve Jobs know to do that?

Steve Jobs did not finish college. But, he was constantly learning. After dropping out of formal classes, he took a calligraphy course. He studied eastern meditative practices which preach minimalism, travelled around Asia, used drugs, hung out with people from all kinds of backgrounds and interests.

Apple is the creative confluence of all of Steve Jobs’ experiences.

Action: Expand your mind. Try different hobbies. If you always do sporty things, try learning a language or music. If you usually prefer intellectual things, try surfing or painting. Challenge yourself and always keep learning.

When Apple first released their first few computers, people were amazed by the beautiful fonts and the clean lines. The former he credited to calligraphy and the latter to minimalistic eastern practices.

The cool thing is though, he was able to connect the two seemingly disparate things.

Action: Look for novel ways to connect your dots. For e.g, if you are good at SEO and also love autobiographies and writing, how about a book on the life story of how a certain Mr.SEO goes from humble beginnings in his alternate world to taking over the internet?

“Every child is an artist, the problem is staying an artist when you grow up” –Pablo Picasso

Dary Zabelina and his buddies form South Dakota university got a bunch of undergrad folks together and gave them a task. But before they did the task, they divided the group in two. One did business as usual, the other had to imagine themselves literally as a 7 year old and solve the task from that view point.

Kids are naturally good at bending the rules and thinking outside the box. Because they haven’t yet been conditioned to even know what the box is. Because of that, they tend to use their senses more and experiment freely.

Action: When you are trying to solve a problem, try a 15 minute “think-like-a-kid” exercise. Or maybe even ask for help from your own child/student and be open to see what they come up with.

This is somewhat like being a child. But it’s even more than that. This is about learning to look at everyday routine things with a completely curious and open mind.

Like say you look at an apple. In the beginner’s mind, you don’t know that’s an apple. All you know is it’s a round red shiny object.

So you might touch it, smell it, roll it on the floor, try bouncing it. Experiment with it in ways that the “expert” mind would not.

When you approach things in this way, the world is open to re-interpretation, a new way of joining the dots.

Action: Try this classic exercise to get a feel of the beginner’s mind

“If water derives lucidity from stillness, how much more the faculties of the mind!” -Chuang Tzu

Most people tell us about getting rid of physical clutter, but what about mental clutter?

Many insanely creative people, had few physical belongings and few mental distractions, allowing them to focus, often with laser like intensity, on the project or task at hand.

This is hard to do in the modern world. We are surrounded by information overload and consumerism.

Mindfulness is a great way to gain clarity. Like wiping the snow or dust from the windshield of your car, you can suddenly see what is right in front of you.

Action: Practice mindfulness daily and it will help train your brain to empty itself of distractions even while you are in the midst of them.

“The more constraints one imposes, the more one frees one’s self”. -Stravinsky

I used to think that the more “freedom” I had, the more creative I would be. But this is surprisingly not so. You see, when there is some constraint, your mind now has to look for unconventional ways to get around this constraint. And that’s how creativity flourishes.

Take improvised comedy for example. If comedians on stage could change the script freely, it would be too predictable.

The cool thing is, if your colleague on stage says that the stage is actually a space ship about to land on planet crazy town, you have to go along with that and come up with a witty response on the spot. That constraint is what makes it unique and fascinating.

Action: Next time you begin a new project, see if you might solve it more creatively by adding a constraint. Involve your team members and come up with a creative constraint that challenges all of you.

“When I say artist I mean the one who is building things … some with a brush – some with a shovel – some choose a pen.” -Jackson Pollock

Don’t think about doing, just do. Use your hands and senses as a way to ground yourself and reconnect with basic instincts. The closer to the earth, such as gardening, pottery, cooking, painting, the better.

At the office, use play doh or bounce a ball. President Obama often plays basketball with his chief of staff inside the white house and has said it helps him re-energize and re-focus. Use your body and your senses. They will take you back to basic things and it is usually from there that innovation springs.

Action: Go back to basics. When you feel stuck, take a break and do something sensory, such as playing ball, gardening or even doodling.

“Accept no one’s definition of your life; define yourself.” ~Robert Frost

Creative geniuses are often rebels. Most of them may not have flourished in traditional classrooms because they tend to question everything. They don’t take rote answers; they want their OWN experience of something before they believe it.

E.g: Einstein had long arguments with his teachers. Mother Teresa rebelled against the quiet life of the ‘Loreto sisters’ order and Buddha was enlightened but often asked that people question even his own teachings and experience their own truth.

Action: Question things. Don’t assume that because someone higher up said so, that is the only or best way to do something. Look at it from your own unique perspective. Try out various other solutions. AND maybe even, sleep on it?

What do you think?

How have you increased your creativity in the past?