How to Deal With Annoying People

Written and Published by Henri Junttila on April 26, 2010 - Reviewed by Dumb Little Man 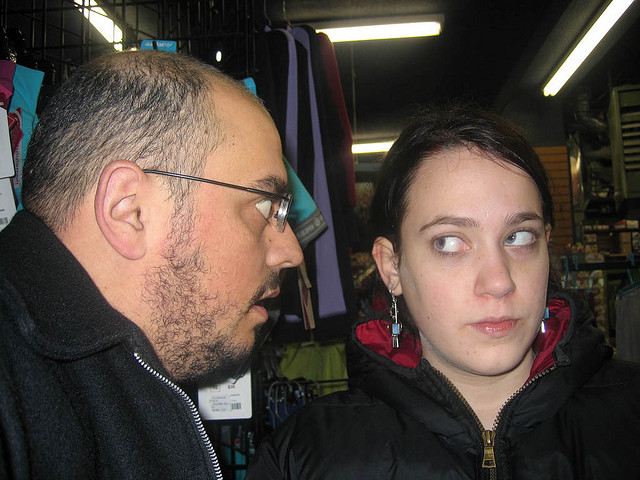 We’re both familiar with irritating, frustrating and annoying people. Learning how to deal with them is an art-form, because what works for me, may not work for you.

There are a lot of facets that come into play when someone is annoying you. Are they bothering you, because you genuinely don’t think they ‘vibe’ with you? Or, is the universe sending someone to show you what you have to work on?

If you only take one thing away from this article, let it be this: honesty always works.

The longer you try to be nice to someone, the more you’re making other people believe that you actually enjoying hanging out with them.

There’s no need to be unnecessarily blunt about it, but if someone becomes too pushy, you have to be honest about what’s going on and let them know. It sucks, but if you value your time, it has to be done, and it doesn’t have to be done in a harsh manner.

Dealing with annoying people is always easier the more comfortable you are in your skin. If someone is bothering you, the best way to stop it is to tell the person, which I will talk about in a second.

Telling the truth doesn’t mean being rude or obnoxious in any way. You have to find your own groove, but chances are that you have to tell people what you think if you’ve got a small crowd bothering you all the time.

This takes some courage, but in the end, it is the most honest and simple way to deal with the situation. Luckily, most people don’t need to be told, because they are smart enough to pick up subtle hints that you aren’t interested.

The way I often learn new things is by flipping the roles. If I want to learn how to tell people to go away, I look inside and think about if I’ve ever been in a position where someone else wanted me to go away, especially if it worked.

Learning how to deal with annoying people is uncomfortable, because if you care about others, you want to be nice. It’s your first instinct, and that’s cool, but it doesn’t always work.

When it becomes a problem is if you’re giving your time away to someone you don’t want to. Sometimes it takes more than being nice to resolve a problem in your life.

The next time you’re in a situation like this, think about your options and the consequences they have.

Sometimes things aren’t what they seem, and most important of all, often the person you’re annoyed by is there to show you where you need to focus internally.