How Do I De-Ice My Front Steps?

Written and Published by Jay White on May 15, 2014 - Reviewed by Dumb Little Man 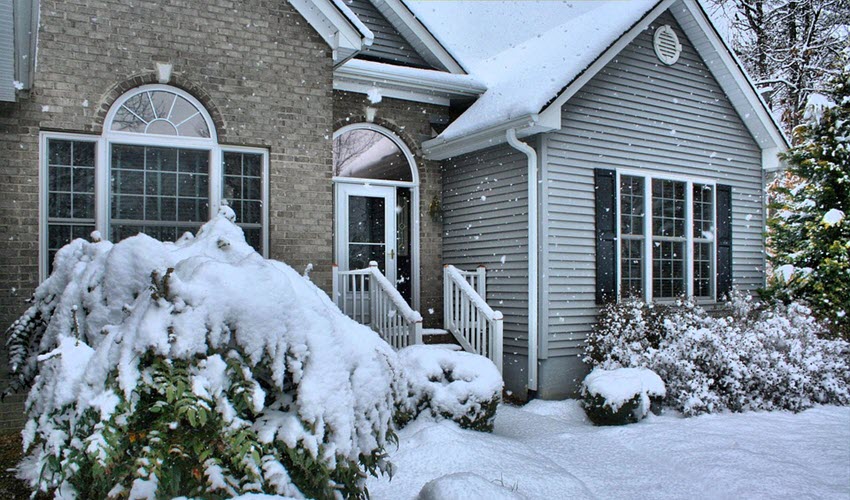 During the middle of winter, many homeowners can slip and fall on icy front steps. This is a very serious danger, especially for senior citizens. This is how to de-ice your front steps.

Stay Ahead of the Curve

One of the primary ways to be successful with de-icing your front steps is to stay ahead of the curve. Ice freezes below 30 degrees Fahrenheit. Thus, if you know the temperature will drop that low, then toss a little salt on your front steps as a precaution.

If it snows, then the bottom layer will become watery when it contacts the salt. When you shovel later, it will be easier to remove the ice. Solid ice can be very hard to remove.

Usually, a layer of ice will be under any snow on your front steps. Be careful to find solid footing when you work. Remove the snow layer with a good shovel. Use your legs to lift, not your back. Your legs have more strength.

After you have removed the snow, use an ice chipper to break the ice mass into smaller chunks. When you divide the ice into smaller pieces, it weakens the ice.

Start on the edges, you might be able to get underneath the ice with your shovel or chipper. You can lift the ice up and toss it away to the side. Leaving “islands” of ice will allow any sun to melt the isolated remaining ice pieces.

For solid ice, you could lay down some a layer of salt. This will create some friction, so you don’t fall. Then after 30 minutes, you can return and remove more of the ice that has been melted with the salt.

If you have an awning over your front steps, the melting snow might drip on the steps and freeze during the night. Once again, be proactive. A good layer of salt can prevent this ice from becoming a serious problem.

When your elderly parents cannot shovel themselves, you could invest in an electrical heating mat that can keep the ice off their front steps. The mats have electrical heating coils inside that will quickly melt any snow or ice. This is a good solution during the winter to prevent any dangers that could lead to falls.

The content on Dumblittleman is for informational and educational purposes only and should not be construed as professional financial advice. Should you need such advice, consult a licensed financial or tax advisor. References to products, offers, and rates from third party sites often change. While we do our best to keep these updated, numbers stated on this site may differ from actual numbers. We may have financial relationships with some of the companies mentioned on this website. Among other things, we may receive free products, services, and/or monetary compensation in exchange for featured placement of sponsored products or services. We strive to write accurate and genuine reviews and articles, and all views and opinions expressed are solely those of the authors.
<div class="eleme