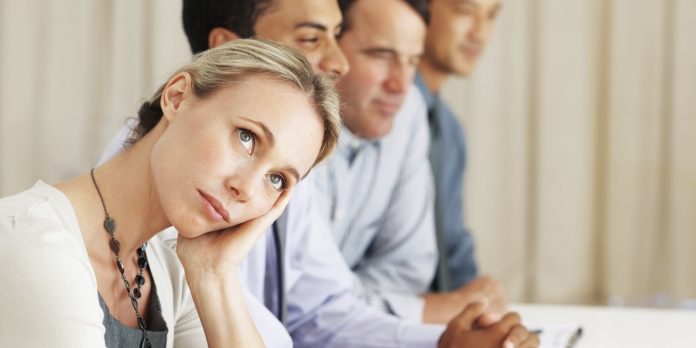 1. You Complain.
Complaining may feel good for a second but it is probably the biggest waste of time there is! It serves no purpose unless you are taking note of what went wrong for the sake of figuring out what you’re going to do about it. Otherwise, shut up about it because really, nobody wants to hear it!

2. You’re Unorganized.
You can’t find anything when you need it! Everywhere you spend any time is a mess, at home, at work and even in your car! Start to get organized by getting rid of ANYTHING you don’t use, don’t know how to use or don’t recognize; then you’ll begin to have room to think!

3. You’re Late.
If early is on time and on time is late, then what the hell are you?! If you don’t respect time, yours or anyone elses, you might as well call it day before you even get started. Consistently being late shows that you are irresponsible and lack the maturity to be taken seriously. Figure out what the problem is and address it! No one is going to continue to pay you for wasting their time! Whether you like where you’re going or not, you want to show that you’ve conquered the easiest part… showing up on time!

4. You Make Excuses.
Simply put, making excuses is a punk a** move! Grow up, take responsibility for your actions! Nobody wants to hear excuses unless they are followed immediately by solutions. If fact, just skip the excuses all together and go right to the solutions!

5. You Don’t Take Care of Yourself.
You don’t eat right, exercise regularly or get enough sleep. You probably don’t even remember when your last visit to the doctor was. And you could probably ease up off the alcohol a bit too! Make an appointment for a complete physical, including vision and dental. In the meantime, get a new suit and a haircut; at least you’ll look the part.

6. You Lack Focus and Concentration.
You jump from “great idea” to “great idea” without giving any of them the proper focus or concentration to really know if they were actually viable. Narrow your focus to just one great idea, something that actually means something to you. Give it your undivided attention, exhausting every option until it either happens or you’ll know the reason why!

7. You Lack Drive and Consistency.
When the going gets tough, well you know the rest. You give up too easily! You have to be willing to be the last one standing when everybody else has given up. If you’re not prepared to do that then you have to ask yourself, what’s the point?!

8. You Waste Too Much Time Watching TV & on Social Media.
I understand all work and no play blah, blah, blah… And I understand that this can be a hard nut to crack. But try this; use your love for TV & social media as a reward for completing a project or task. The more you get done, the more time you can reasonably reward yourself. And use a timer, once your time is up, well you know what to do!

9. Your Friends Are Unsuccessful.
Successful people are pretty much friends with other successful people or at least with those that are trying really hard to be successful. Birds of a feather flock together. Look around, who are you flocking with?! I’m not telling you who to be friends with but if they’re trifling then you’re probably trifling too! Read this, http://m.wikihow.com/Break-Up-with-Your-Friend , if you decide you need to break up with some people.

10. You’re Scared to Fail
Ernest Hemingway said, “The first draft of anything is shit.” This pretty much holds true for any first effort. So it’s ok if it doesn’t work out right away, it’s kinda expected. The scariest part is the first step and this thing you’re doing, should give you enough courage to go for it! If not, then maybe it’s just not that important to you to begin with.

11. You Procrastinate
The first step in beating procrastination is admitting it at the moment you’re doing it. Don’t justify your delay, it really doesn’t matter what you’re waiting for, do what you can with what you got now! And if you still can’t seem to get your mojo going, then AGAIN, maybe this thing is just not that important to you. In that case, find something that is!

12. You’re Lazy.
I happen to believe that everybody is some version of lazy when it comes to something. The problem comes in when you’re lazy at the really important things. In fact, I’d guess that you’re not lazy, I’d said you’re probably bored! Find that thing that excites and energizes you. What is it that everyone says you’re good at…Do that! You’ll find that if it’s right for you, you’ll have all the energy you need and then some!

13. You Neglect Your Spiritual Base

To not acknowledge that there is something greater than you at work here does you a tremendous disservice. And what’s great about it is it’s always with you; waiting to comfort, counsel and console you on every life issue. Here’s how to get started, say God, HELP ME…NOW!

14. You Don’t Believe You Can Be
The fact that they told you that you wouldn’t amount to anything is a NMFF! (look this up here http://www.urbandictionary.com/define.php?term=NMFF). The key is that you have to want this thing so bad, that you’re willing to try, fail, learn, and repeat, over and over again until you got it! If you can do this, before you know it, you’ll not only be a success at what you do, but you’ll also be an expert on how to get there!

Robin is a the creator of begintobelieve.com - a prayerful & practical guide to believing in yourself! She's also the author of the ebook How to Begin to Believe!