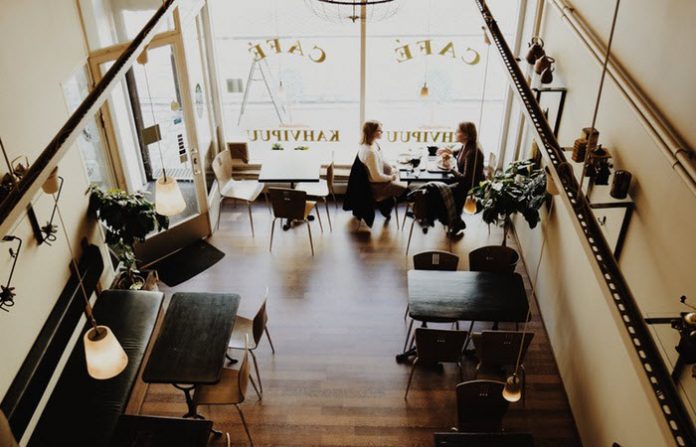 Perhaps it was the poppyseeds in the teeth from the morning bagel? Or a skirt tucked into the pantyhose at the back, revealing more than you ever intended? Or the piece of toilet paper dragging on the bottom of your shoe?

It’s all fodder for a stand up comedy act. But a bad first impression doesn’t have to be the result of something as major as the skirt in the pantyhose. It can stem from something as simple as terrible listening skills or negative body language.

Read on a for a few tips on making a good impression, with some specific suggestions for those times when you are most likely to need them. 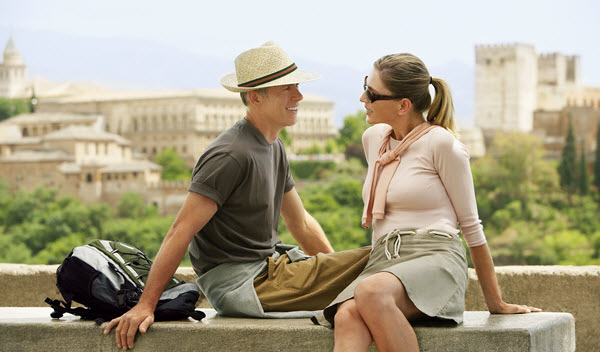 Tell me if there is anything worse than someone who isn’t listening when you’re speaking to them? You can tell from the look on their face that they’re working out what to say next and it will probably have no bearing on what you’ve been saying whatsoever. Or they are thinking about what they’re going to have for lunch? Either way, it doesn’t make a solid first impression.

A great way to make a good first impression is to be engaged. Listening to what the person in front of you is saying and responding to it accordingly. Parrot back some of their words, so that they know that you have heard them and ask them relevant questions, which incites them to keep talking. The thing most people want most in the world is to be heard. If they didn’t, Facebook and Twitter wouldn’t have a leg to stand on as social media platforms.

See Also: How Listening Makes You The Strongest Person In Any Given Room

In the same vein as active listening is body language. We say a lot without saying a word when we meet someone, particularly someone new. The non-verbal cues that the other person picks up from us are just as important as the verbal ones.

For example, not shaking hands with someone who offers theirs and if they don’t offer, not offering yours, can be taken as a snub. Having your arms folded across your chest while someone is talking might seem comfortable for you, but to others, it has the appearance of negativity, of a closed mind to what they are saying. It can even appear aggressive.

Facial expressions are part of body language. Some of us have what’s known as a ‘resting bitch face’. This is where our normal face looks sad or mad, even when that’s not what we’re feeling at all. If you’ve been told you have that, be aware of it when you’re meeting new people. Make an effort to avoid it.

Good eye contact is another great way to make sure that your first impression is a good one. Eye contact is a positive, engaged reaction to someone else. Looking over their shoulder, at the floor or worse, at some part of their body, is not. 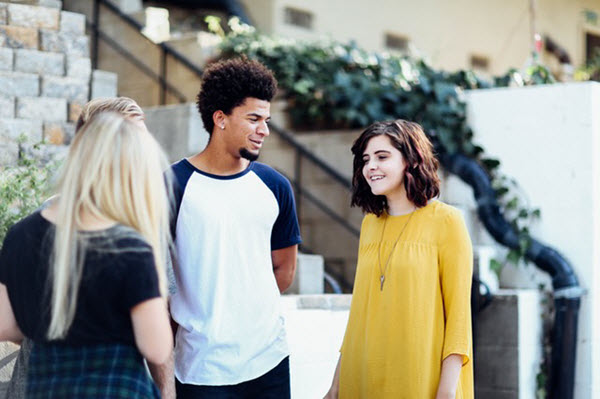 The old adage says that you should always stay away from religion and politics. In this day and age, that’s probably more true than it’s ever been before. There are certain topics that should be off limits until you know someone fairly well. Pontificating your views on touchy issues can lead quickly to a negative impression. Assuming things about the person you’re meeting is also fraught. Example? you don’t want to talk about the senior’s discount at the shop you’re standing in front of with someone who MIGHT not be a senior!

So what’s safe, besides the weather? It’s always safe to ask the other person about themselves. Most people like to talk about something they know a lot about and what better topic is there than oneself? It will also give you the chance to pick up on something they have said and expand on it, using those active listening skills, all while you are maintaining good eye contact and after a vigorous handshake.

Just don’t ask “what do you do?” or one of the other standard conversation non-starters (see below!) Instead, you can ask things like “So, what should I know about you that I can’t read about on your LinkedIN profile?”

If they’re not talkative about themselves, avoid asking the same benign questions that people always ask. They don’t lead to great conversations, on the whole:

See Also: How To Keep A Conversation Going With 8 Different Topics

#1 tip for first impressions at a social gathering

Compliments are your new best friend. If someone has a handbag you admire, walk up to them and say so. The person you are speaking with will be happy to receive a compliment, albeit indirect, and it’s a good way to begin a conversation. But be genuine: if you are faking it, it will show.

#1 tip for first impressions on a date

Be positive. Even if things go wildly wrong: the waiter drops soup on your date; a passing cab splashes both of you as you stand waiting to cross the street; whatever happens, take it in stride and remain positive. Nothing says ‘loser’ like a 34 year old having a tantrum in the middle of the street.

#1 tip for first impressions on the playground

Making new friends as an adult is HARD, particularly breaking into the ‘mommy cliques’ at the playground of your children’s school. Avoid talking about anything related to the school and instead approach a group and ask their opinion on the best place in the neighborhood to get a haircut for Little Timmy. They’ll be more than happy to share their wisdom and you’ve got an in by being open and curious.

These days, you are just as likely to ‘meet’ someone for the first time in the digital arena as in the real world, so it’s vital that your online image is clean. I’m not referring to your picture or avatar, though these should be suited to the platform (LinkedIN: professional; Facebook: fun but not awkward; Twitter: something more than the egg).

Search for yourself regularly on search engines and social media to see what people will find when they look you up, because they will look you up and you don’t want to find embarrassing shots of you knocking back shooters in your underwear as the first link they find.

#1 tip for first impressions in any situation: men vs. women

The thing that men are most impressed by? Eye contact and a good handshake – nothing limp or ‘wet fish’ like. For women? Eye contact as well, plus a genuine smile. So men and women might not be as different as originally thought!

At the end of the day, you have three to five seconds to make a first impression. Make it a good one.