Do You Keep an Achievements Book?

Written and Published by Ali Luke on October 2, 2008 - Reviewed by Dumb Little Man 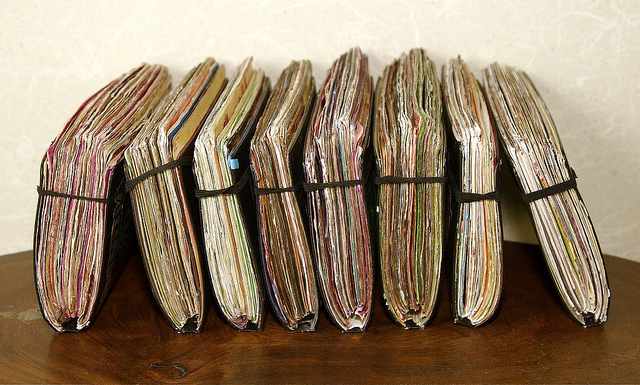 Last Christmas, I was given a really good notebook – a seriously nice notebook. It had thick creamy pages and a leather cover. This was not the sort of notebook where I could scribble my blogging ideas, to-do lists, and short story ideas in – it was far too good for that!

So I decided to make it into an “Achievements Book”. Over the past nine months, I’ve found this a hugely helpful practice for several reasons ranging from daily motivation to future planning.

I want to encourage you to start something similar. Here’s what to do:

For example, if you’re trying to get fitter and healthier, you might want to record “Lost four pounds this month” or “Went to all my scheduled gym sessions”. If you’re an aspiring writer, “Completed two short stories” or “Won third prize in a writing competition” might appear in your Achievements Book.

This is clearly not a difficult task for you to take on. The benefits far outweigh the value of the mere 15 minutes per month that you’ll need to invest in this. Here are a few of the benefits that I quickly noticed:

I’m hoping that the practice of keeping an Achievements Book this year will help me when it comes to setting goals (or not!) next year.

Your turn
Keeping an Achievements Book takes no more than fifteen minutes of your time, once a month. If you’ve never tried recording your achievements in this way, why not give it a go? And if you’re willing to share some of your major accomplishments this year, add them in the comments below. Don’t worry if they don’t seem like “important” things to the rest of the world – the key thing is that your achievements should matter to you.