Written and Published by etrendsnow on November 5, 2021 - Reviewed by Dumb Little Man 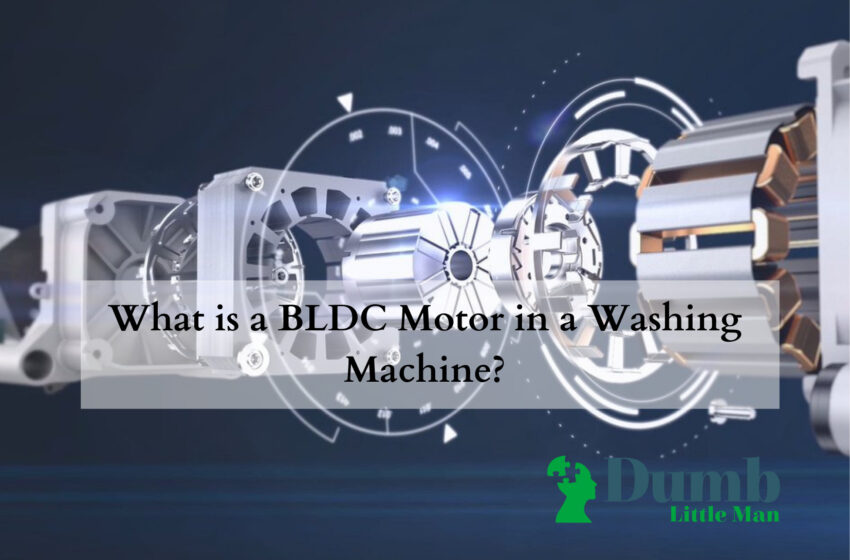 A BLDC motor consists of two parts, namely, the stator and rotor. The stator is the stationary part of the motor, which is formed by laminating permanent magnet sheets with copper windings to produce a flux path for the magnetic field. The rotor consists of a permanent magnet rotating around the stator, which is referred to as a rotor or armature.

The armature is formed by laminating soft-iron sheets with slots cut into them. The magnetic field produced by the stator induces eddy currents in the slots of the armature. This creates an induced voltage in the armature, resulting in a torque on the rotor shaft.

This is the basic principle on which a BLDC motor works. As seen above, the torque generated by a motor is proportional to the number of poles and slots. Hence, the more the pole and slot numbers, the more is the torque produced by the motor.

In washing machines, the BLDC motor manufacturer uses multiple windings to increase the torque produced by a single rotor. This means that the number of poles and slots is also increased accordingly to produce higher torque.

In a washing machine, the motor is located on or near the base of the machine. The washing drum is mounted on a support called an agitator shaft, which is attached to the motor shaft using a flexible coupling.

The motor shaft rotates due to this motion, which causes the drum to rotate as well. In this way, it causes clothes inside the drum to move along with it and get cleaned. It is very important for a washing machine to have a strong motor so as to spin fast and rotate with a high degree of accuracy.

Following are the advantages of BLDC motor in washing machines:

This is one of the main advantages of a BLDC motor. The motor is more efficient than a brushed DC motor and can achieve up to 95% efficiency at rated load. This means that out of the input power, 95% is used to generate torque and the remaining 5% is lost as heat. This is not the case with a brushed DC motor, where a large amount of power is wasted as heat since it has a lower efficiency of around 80%.

BLDC motors generate a very high torque compared to a brushed DC motor. Most motors have a high starting torque and maintain it at a high level throughout the operating range. This feature makes them suitable for washing machines, which need to agitate clothes vigorously while spinning them at high speeds at the same time.

In general, BLDC motors are made from lightweight materials. This results in a further reduction in the weight of the washing machine, which makes it more energy-efficient and portable.

BLDC motors are less noisy than brushed DC motors. This makes them suitable for small household appliances. Also, the noise generated by BLDC motors is not at a high frequency, which makes it less annoying to human ears.

This is one of the major reasons why BLDC motors are used in washing machines. Brushed DC motors require maintenance to replace carbon brushes, which are used to transfer current from the commutator to the armature. However, this is not the case with BLDC motors, which do not have brushes, hence no need for maintenance or replacement.

BLDC motors do not have a commutator, unlike brushed DC motors. The absence of a commutator makes the motor more efficient since it reduces the chances of power loss due to eddy currents in the commutator.

Q1: BLDC Motor: what is it and how does it work?

A: BLDC stands for brushless DC and it is a type of motor. It is a technology that is used in many applications such as washing machines, computer hard drives, and CD and DVD players.

Q2: What is the main advantage of using a BLDC motor?

A: In a washing machine, the main advantage is that it consumes less electricity, which is important when you are on a budget. In fact, your washing machine would consume less power if it has a BLDC motor.

1. BLDC motors are more efficient than AC induction motors.
2. They are smaller in size and lighter in weight.
3. BLDC motors run at high speed with low noise and vibration levels.
4. They generate less heat when compared to traditional AC induction motors.
5. They are suited to be used in washing machines because they are highly reliable and durable.
6. They are maintenance-free and do not require any lubrication or cooling systems.
7. They have a longer life expectancy than AC induction motors.
8. They are cheap to manufacture because they have fewer parts due to the absence of brushes and slip rings.
9. They have high starting torque and can be designed with variable speeds.

Q3: In a BLDC motor, what kind of materials are used to make the rotor?

Q5: How important is it to replace the coupler and bearing when replacing a motor?

A: Very important. The coupler and bearing wear over time and eventually fail. When they fail, the belt is either stretched or broken which causes an imbalance in the motor. This imbalance can cause vibrations and premature failure of the new motor.