Are you a YES man (or woman)

Written and Published by SJW on June 3, 2007 - Reviewed by Dumb Little Man 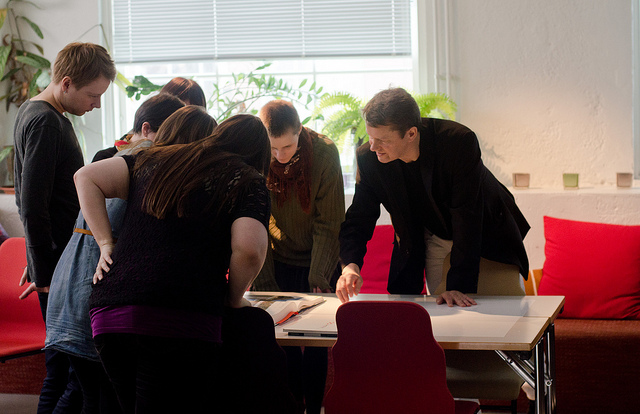 In the productivity-sphere there is a common mantra that hums like this:

“saying no is the first step to saying yes”, OR “you can only say yes if you are willing to say no”, OR “say no and increase productivity”, and so on.

In leading a Creative Team that is expected to also be highly productive I found that I was developing a “no” mentality as a default answer. In my mind it was about priorities, it was about time, it was about setting boundaries. Here is what I have found:

Most of the time the project still happens. It just happens without your influence. So the very thing you said no to…happens poorly without you. If the only agenda is your productivity than this may be a win – but in most circumstances the agenda is effectiveness and because you said no the project happens ineffectively.

In our case we were saying “no” to a ton of internal design requests. The design was still happening – just without our influence and adversely effecting brand. How does this make sense? Our boundaries had fenced us out of having influence in the very playing field that we were created to play in.

I do understand the conventional productivity thinking and believe that there are several layers of “Yes”, but I am convinced that the principle should be – “The answer is always yes”. Try these out.

5 Ways to Say yes and NEVER say NO:

What saying YES does.

I am a Yes Man and proud of it!

Shawn Wood writes about productivity, life hacks, marketing, books and spiritual stuff at ShawnsBlogSpot. Shawn is in charge of experiences for Seacoast Church, a multi-site church with 11 campuses (25 weekend experiences) in South Carolina, North Carolina, Georgia and on the web with an internet campus. To get all that done Shawn has to be a productivity junkie!

The content on Dumblittleman is for informational and educational purposes only and should not be construed as professional financial advice. Should you need such advice, consult a licensed financial or tax advisor. References to products, offers, and rates from third party sites often change. While we do our best to keep these updated, numbers stated on this site may differ from actual numbers. We may have financial relationships with some of the companies mentioned on this website. Among other things, we may receive free products, services, and/or monetary compensation in exchange for featured placement of sponsored products or services. We strive to write accurate and genuine reviews and articles, and all views and opinions expressed are solely those of the authors.
<section class="elementor-section elementor-inner-section elementor-element elementor-element-5b1162b fo-conte