Written and Published by sean williamson on November 22, 2018 - Reviewed by Dumb Little Man 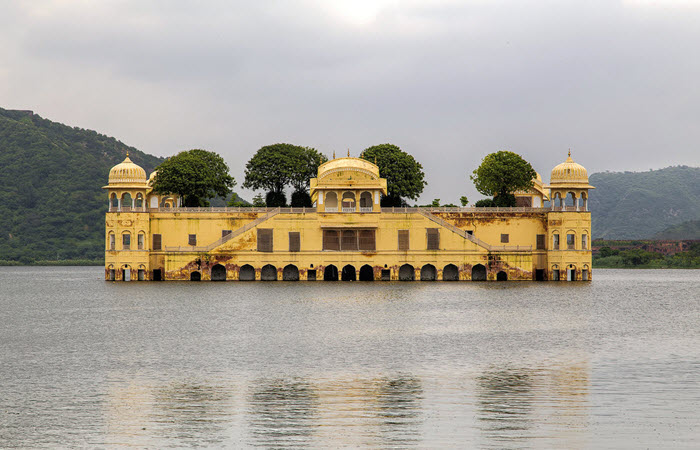 Nature works in mysterious ways, most of which even transcend human comprehension. It wipes away and builds again. It drowns and resurrects. There is an order in its chaos and a chaos in its order which simply astounds adventure enthusiasts like myself.

Frankly speaking, I travel all over the world on a regular basis but still, I haven’t been able to cover some of the most unique historical sites.

Do you know why? Because they’ve been swallowed up by nature itself.

Fortunately, a few of these archaeological wonders are resurfacing. This gives an opportunity to the wanderers to come and explore them.

So, if you’re anything like me, you’d be applying for a vacation at your workplace, packing your bags, booking your flights, and making your way to see the destinations below:

The resurfacing of this archaeological site gives us an important lesson — nature always has her way, regardless of what a man plans. When the Venezuelan government purposely drowned the local town of Potosi in 1985, they’d expected it to stay underwater so their hydroelectric dam plan could be safely executed. That worked for thirty years.

However, the El Nino phenomenon happened. It warmed the surface of the water, initiated a drought, and caused the entire city to re-emerge. Most famous is the town’s church ruins which are incredibly gothic to look at.

Chinese believe that turtles signify longevity. That’s why thousands of these tourists, in addition to the locals, rush over to the Georges Reservoir on Muodaoxi River to see the sacred island in action.

What happens is that every spring, the reservoir supplies the water to the surrounding area. That causes the water level to drop to about 168 meters. As the water recedes, a beautiful island emerges from the center of the river and interestingly, it’s in the shape of a turtle! Can you believe that?

Imagine a crystal clear lake which turns into a green meadow at the end of every year. Sounds like the best of both worlds, right?

This is the phenomenon which unfolds at the Grüner See, Styria. Each spring, the mountains surrounding the lake shed their snowy caps. The glacier water trickles down and falls into the lake, increasing its depth to around forty feet.

This happens from mid-May to June. After this, however, the water level starts receding as the winter approaches, revealing a breathtaking natural park below the lake. You can have the time of your life at this underwater paradise. Trust me on that.

Notoriously named ‘Argentina’s ghost town’, this tourist village was constructed on the shoreline of a famous salt lake, a few miles southwest from the city of Buenos Aires.

Populated by five thousand people back then, the village started experiencing a whimsical weather, signified by over-raining. This resulted in the flooding of the lake, which broke the dam and swept away the entire Villa Epecuen.

It’s been submerged since 1993, but only lately has the hyper-localized weather settled enough for the village to emerge. Do visit the haunting site and let me know what you find. 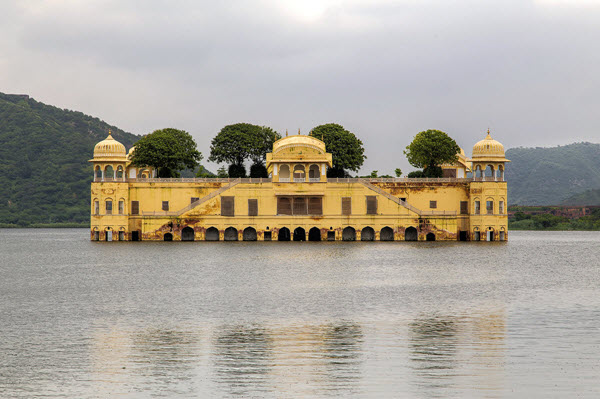 Built almost 300 years ago in the heart of the Man Sagar Lake, Jaipur city, India, this ‘water palace’ has a remarkable beauty of its own. The architecture of the Mahal is Rajput-themed, the medium is set in red sandstone, and the stories are a total of five in number, out of which, four are submerged in the lake water.

Only recently has the government of Rajasthan initiated a reconstructive project on the palace, aiming to return it to its former glory. But as of now, it is opened for tourists to explore via boating. Do get a chance to explore this one.

Quick question: What’s one of the worst natural disasters?

This calamity, caused by the shifting tectonic plates beneath the Earth’s surface, is known to cause a widespread upheaval. Sometimes, it even triggers another disaster. This is precisely what happened in the village of Xuanping, China.

Back in 2008, an 8.0 magnitude earthquake hit the province, causing the barrier lake beside the area to burst open. This resulted in an instant flooding. However, with a miraculous drop in the water level years later, the village has recently started reappearing. By the looks of it, is a total ghost town with a half-submerged primary school and office buildings. Definitely deserving an aerial view.

Historically speaking, the monks and friars of the colonial times built this Mexican monastery back in the sixteenth century. It stood its ground until 1966 when the Nezahualcoyotl Reservoir was built, submerging the temple completely in water. Only lately has this site started re-emerging due to the droughts, which occurred in Mexico in the last ten years. Eerie, yes?

We should be quick to take advantage of its wonders whenever it decides to unveil them. In the same way, these resurfacing sites do warrant a visit. Don’t you think so?

A communication specialist who has a keen eye on developments and gadgets in the world of telecommunication like frontier internet packages. With more than 500 editorials on different aspects of communication and technologies involved. You can get insights on other topics too and make the most of Robbie’s experience and capabilities in the field.