Written and Published by Peter Hall on June 10, 2015 - Reviewed by Dumb Little Man 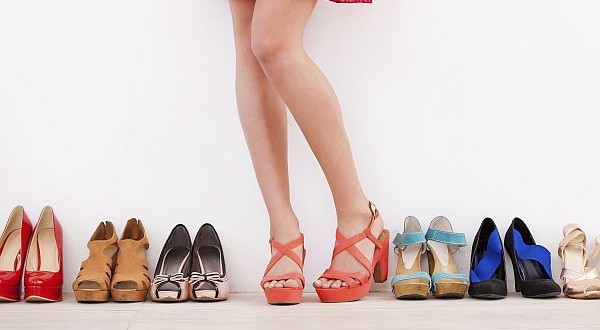 Does your money just burn a hole in your wallet?

Are you spending on stuff you don’t need leaving you with no money for want you’d planned?

So how do you slow down your financial burn rate?

The answer is by getting to grips with the psychology of spending and creating some new approaches that will help put out the fire in you pocket.

1. Be the one that misses out

Having the latest item and keeping up with the latest fashion is a trick that’s been going on since Alfred P. Sloan ensured that each year there was a new Chevy model. An that was nearly a hundred years ago.

To fight this you need to deal with the fear of missing out. You’ll have to reconcile yourself to being a little bit unfashionable and having last years model or older!

If that’s difficult due to peer pressure then think about your friends. Do they value you for who you are or because you have the right labels and latest stuff?

There’s a lot of talk about frictionless spending. This is spending that is oh-so-simple and painless that you hardly notice it’s happened until you get that awful credit card statement.

Whether it’s one click, contact-less or just tapping in a PIN there’s one well known and well proven method and that’s going to cash. Physically handing over the cash brings the reality of the spending before our eyes and will help put the breaks on.

Other simple steps could be deleting any shopping apps on your smart-phone or even deleting you’re on-line shopping accounts.

Avoid the trap of buying on impulse. Retailers are clever with their offers which trick us into buying now in the fear that their fantastic offer will be short-lived. Instead give yourself a cooling off period before you buy.

You’ll find that more often than not you’ll rethink the purchase the next day so add it to a wish-list instead. I’ve such a list that just keeps growing, full of stuff I now can’t think why I ever wanted to buy!

Alternatively, you can give yourself some rules such as getting rid of something first before you buy or setting a limited storage space for items like clothes, shoes or books. No space, then no buying until you’ve done the clearance.

I’m working hard on the unread book pile by gradually reducing the amount of shelf space and buying only when I going to read immediately. I’m spending less and reading more.

And if you’re still worried about offers the ability to buy just about anything from around the world at a competitive price means you shouldn’t be. There’s always an offer on somewhere.

If going to the mall is a major recreational activity then you’re just putting temptation in front off you. Go somewhere else, ideally somewhere where there is no admission charge and no gift shop. Play Frisbee in your local park or join a reading group at your local library.

You’re gran was right – fresh air and exercise is good for you. Exercise – if you do enough – will give you and endorphin high and is a great alternative to the momentary buzz you get from buying stuff.

5. Switch from spending to procurement

That’s because businesses hate spending as it reduces profit. So why not use the approach of procurement with you’re own wallet? You could get your partner to authorize any purchases in advance – this really helps if your personality isn’t s strongly conscientious one.

Other tricks could be limiting the places you can buy stuff from, keeping to a rigid budget (back to the weekly allowance you had as a kid), having a maximum per item spend and having to track and report every penny spent to the boss (i.e. your partner).

6. Get an alternative buzz

Spending creates a buzz. Maybe it’s the hunter gather instinct in us or maybe there’s something in the newly purchased item smell that gives us a high.

Whatever the spending buzz is work on replacing it with something else.

What about foraging for some wild food to get the inner caveman happy?

Or even better have some fun selling the mountain of junk you already bought but never use.

7. Have a compelling goal for your money

Are you robbing yourself with your careless spending?

Could you use the money for something more important like training to help a career change or for a deposit on your first home. Put a note or picture in your wallet to remind you of what it is you really want to spend your money on.

Every time you see the picture of, say, the great vacation location just remind yourself of the dump you’ll end up at if you spend the cash now.

To slow the burn rate of your cash put these simple actions to the test: just miss out; add friction; add delay; don’t got to the mall; procure don’t spend; get your buzz elsewhere and have a bigger goal for your money.

And remember each time you win that the not spending game that’s a step towards a better financial future.