Written and Published by Akash Gautam on August 11, 2015 - Reviewed by Dumb Little Man 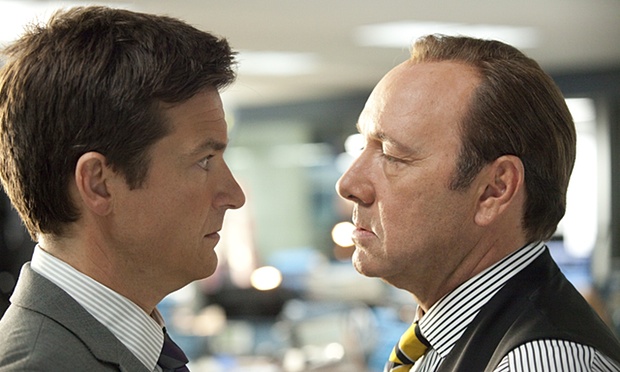 Have you had a boss you stood up for when your colleagues were gossiping lame stuff about him / her? Have you had a boss that really inspired you?
If the answer to the above questions is Yes, let me tell you – you are among the lucky 0.001% on the Corporate world existing on planet earth. Congratulations! You may now thank you stars 🙂

Yes. Most bosses are not so awesome, and most employees not so lucky. Obviously, it is a fault at both ends. But right now, let’s talk about those few bosses who are powerhouse of inspiration.

Here are 7 awesome things that very inspiring bosses do:

1. They lead by example.

Inspiring bosses are always on time. They won’t scold an employee for occasional late arrival but they will ensure they always come on time. They practice what they preach. You won’t find them wasting office resources. Some even care to switch off the lights and close the doors behind themselves.

And they will do all this with such a calm smile and regard for everyone, you will melt right there. Such are the inspiring bosses that are a rare breed.

2. They don’t gossip about other employees.

Yep. You will never find them complaining to you about your colleague. If something is wrong, they will bring it up in front of everyone during meetings. But never behind closed doors. Inspiring bosses don’t believe in schoolgirl drama or petty gossiping. They say what they say with élan and in front of everyone.

3. They listen to their subordinates. They pay attention.

Surprising no? When most bosses do what they feel like, the inspiration breed will listen to you. I am not saying they will put up with all your bull shit. They have the ability to filter the good stuff.

Send them an interesting idea and request for a meeting and they will definitely hear you out with rapt attention. They will suggest you improvement points and share their own thoughts and experiences. You will always get a good hearing from them.

4. They show genuine interest in the employee’s personal and professional development. They mentor you.

If you seek for & value their opinions, they will guide you the best they can. Their years of experience about careers will come out in a genuine way.

I read a story about a boss who let his employee start his own business and become an entrepreneur and also forced him to continue working under him till the venture kicked off and he started making money and was no more in financial uncertainty regarding the start up. Such are inspiring boss mentors.

5. They have a hobby they pursue even when they are jam packed.

The inspiring ones – you will find them finding time for their passions, no matter what. You will see them reading / running / gaming / playing – even in the middle of their busy schedules. And it is something you can learn from them. Having a hobby and pursuing it irrespective of all situations – is also a sign of their commitment. To themselves.

It is a way of telling you that only the ones who are committed to themselves, can be committed to their work and responsibilities. Inspiring bosses have a subtle way of doing that. Imbibe it while you can.

You will never find them bringing their home emotions into their workplace and vice versa. They know how to switch off / shift gears according to the situation. When they are at home, they are fully at home. When they are at work, they belong to you. Unless, it is an emergency of course!

They maintain killer work life balance. They are able to devote as much time as is needed to their personal and professional commitments. That’s a quality definitely worth picking up.

I wouldn’t say always. Because inspiring bosses are clever bosses too. And clever people know that honesty isn’t always the best policy. But they are honest wherever they need to be. Especially with their employees. They don’t lie about small things. They don’t mince words. They believe in calling a spade a spade.

I am not saying inspiring bosses are also perfect bosses. In fact, perfect boss could very well be an oxymoron. But they are awesome. Stellar. Near perfect. Brilliant. Loved by most. And definitely hated by few who cannot fathom what makes them so awesome (haters are just confused admirers you know).

But most of all, they are a rare breed. If you come across such bosses, do not let them go until you have learned a thing or two.

Lastly – whenever you become a boss, try to be an inspiring one!

Akash Gautam is a Motivational Speaker in India for Corporate Events & Youth. Sarcasm & humor is his style & forte. Personally, he believes he is a serious student of Life & Living Better.