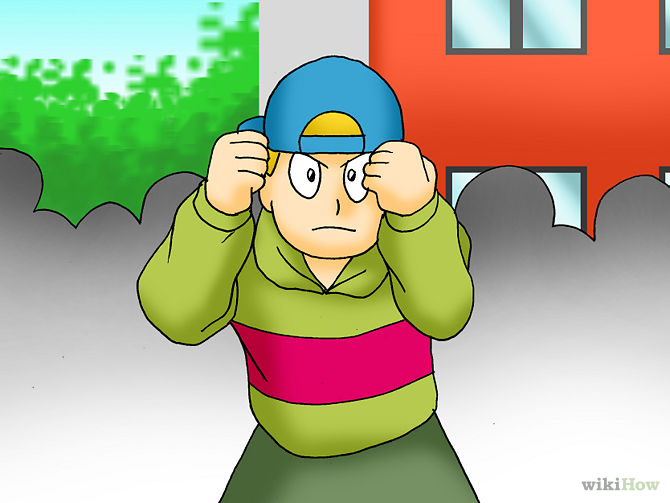 You aren’t satisfied with your life because you’re not getting everything you want out of it.
You’ve figure out what you need to change to move you closer to the amazing life you want.
And you know it’s possible because other people have done it.
But every time you get close to making the change, a little voice in your head pops up and says:
“Come on, you’re not the kind of person that does this.”
“That’s reserved for people that won some kind of cosmic lottery. People that are far more naturally gifted than you.”
“Just because some extraordinary people have done it, doesn’t mean you can do it.”
“You are normal. Your life needs to stay on the normal path. You’ve been successful on that path, don’t risk it.”
“If you do, you will fail.”
“And once you fail, everyone will know you are a failure and realize that the success you’ve had in your life was blind luck that you didn’t even deserve.”
Well crap.
There goes your change.
Instead you decide it’s better to just keep your head down, do what you know, and save all that crazy stuff for the people who are better suited for it.
The bully wins again.
What the hell happened?
It’s time to stand up to that bully.

Let’s look at how.

1) Give The Advice to Someone You Love

Next time you decide you want to make a change and you hear yourself start up with the you-can’t-possibly-do-it talk, stop and do this:
Imagine that someone important to you asks for advice, a child, a spouse, a sibling, a best friend, or a parent.
They tell you they want to make a change (the same one you are trying to make).
And they want to do it for the same reasons you do.
Imagine giving them the advice your inner voice just gave you.
You know, something along the lines of: they shouldn’t do it because it will be hard, they probably aren’t the kind of person that can make it happen, and they will almost certainly end up a failure.
How’s that feel?
Was that good advice?
If they follow it, are they going to be happy? Are they going to be grateful to you for your wisdom?
Or are they going to think that your advice held them back from following their dreams and caused them to live a life where their decisions were based on fears and insecurities.
Would you give that advice to your loved one? Is that the life you want for them?
No.
Consider whether it makes any sense to follow the advice for yourself.
It obviously doesn’t.
You may not be able to stop the little voice, but you are completely in charge of whether you let it influence you. So don’t.

2) Stop being the Little Engine that Could

Just telling yourself “you think you can” isn’t working. Is it?
It is not enough to have a positive outlook.
It is great.
But it isn’t enough.
It does nothing to combat the self-sabotaging thoughts that crop up as soon as you try to begin something new.
Because those thoughts just say “nope, you can’t.” And then that’s it.
Instead, stop worrying about whether you can or can’t do it. Just do it.
Don’t be the Little Engine that Could.
Be the Little Engine that Is.
For example, if you want to exercise and eat right, the best way to be a person that exercises and eats right, is to just exercise and eat right.
I know that sounds super simplistic.
But here’s how it works.
If you just decide that you are a person that does whatever the change is you want to make, then when your negative self talk starts telling you can’t do something, you can bat it away by saying, “what are you talking about, I am a person that does it. Case closed.”
Try it.
Don’t tell yourself you can do something, tell yourself you are a person that does the thing and just go do it. You’ll see a different conversation play out in your head.

You don’t like people telling you that you can’t do something.
In fact, when they do, you take it as a challenge and it motivates you to do the thing.
Why is your inner-voice different?
You already know your inner voice appears to act outside of your conscious mind, piping up without you asking its opinion.
So give that voice a face. And pick a face whose advice you would never take.
Maybe it’s your arch nemesis. Maybe it’s that teacher that never believed in you. Maybe it is a family member who always has an opinion that is always wrong. Whatever works for you.
From now on, when you hear that voice and you see that face, I guarantee you are going to give it far less power to influence your decisions than you have up to this point.

4) Listen to Your Inner Bully

Your inner bully works like most monsters.
It loves the shadows.
And all the fears and insecurities in your mind give it plenty of shadows to hide in.
So drag it into the light by giving it a real voice, yours.
Literally say out loud the advice/fears it gave you.
Listen to it.
What would you do if someone else gave you that advice?
No way you would listen. They don’t understand the change you are trying to make and that it is worth the risk you are taking.
Same thing applies to the voice in your head.
By saying your inner thoughts out loud, you can look at them more objectively and untangle them from the fears and insecurities in your mind.
And when looked at objectively, that voice is considerably less powerful.

5) Ask Your Inner Bully to Tell You a Story

You’re not required to listen passively to the oracle on high that is your inner voice and then follow its direction.
Next time it pipes up, try something new.
Start a conversation with it.
Ask it to tell you the story of what happens in five, ten, or forty years after following all of its advice?
You aren’t going to like the answer.
It will be that you lived a safe, unremarkable life that looks shockingly similar to the one you are living today. The life that you decided wasn’t enough.
If that life was what you wanted, you wouldn’t have tried to make a change in the first place.
So, assuming you actually want the staggeringly inspiring new life your change would give you rather than the predictable one you have, you are left with only one real option.
Ignore the voice and act.
Conclusion
Go ahead and reconsider that change you want to make.
Invite the bully to put up its usual protests.
Then punch back using one or more of the techniques above.
Watch the bully shrink back, exposed for what it really is.
And feel the energy course through you from finally conquering the bully, and taking charge of your life.
You are exactly the kind of person that makes the daring change you want to make, and now you have silenced the only person that can stop you from doing it.
Congratulations, now get moving towards the spectacular life you deserve.

Craig had an “aha” moment when he realized he wanted to live a life that provides an inspiration to his son not counterexample. Now he wants to help others in the same boat. If that's you, start.