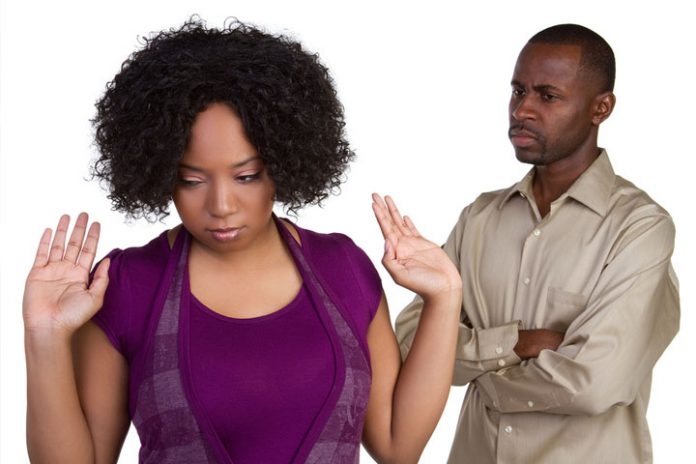 Don’t we all just want to be happy? Of course, and most of us would like to see everyone else be happy as well. However, there are a lot of people in our lives who get in the way of that happiness.
One thing that’s allowed me to maintain a positive and productive mental state is being able to spot these people, and eliminate them from my life. You can’t control how other people think and act, but you can control who you allow to have an impact on you.
If you’re chasing fulfillment in life, these are five types of people that will end up being your biggest obstacles if you allow them. You don’t have to take my approach, but you should at least keep an eye out for them and be aware of their destructive influence.

You know those people who are always quick to tell you why your business idea won’t work out or call you crazy for training for that marathon? Those are dream killers.
Most dream killers don’t even realize the damage they’re doing. They think they’re being realistic or just looking out for you.
But in reality, they are just projecting their own fears onto you. They know they don’t have what it takes to accomplish their biggest goals, so they assume you can’t either.
What if Steve Jobs believed he shouldn’t dream big? Or anyone else that’s ever achieved anything great. Do you think they’d be happier if they had listened to the doubters? So why should you?

Unfortunately, this is the most common type of person that will prevent you from being happy. Negative people are toxic and will drain the life right out of you.
You likely have friends and family members who have a negative outlook on life. These people should be completely eliminated from your life, but obviously that isn’t always realistic. However, you can limit the amount of time around these people.
I know it might sound harsh to avoid people in your own family, but it’s for the best. If someone is only going to bring you down they don’t deserve your time anyway.

Passive aggressive types slide under the radar. This sort of behavior has become accepted as normal, but it’s not.
These people usually won’t ruin your day or do anything that significantly harms you. Instead, they erode your soul over time. Without realizing it, they chip away at your happiness with each little backhanded remark.
The best way to deal with these people is to address the issue immediately. By their very nature passive aggressive types are cowards, or else they’d speak up and say what they were really thinking. I’ve found that this behavior usually comes to an abrupt halt after one little confrontation.
Remember, we all assume this behavior is normal so they aren’t used to being called out. But it’s only as normal as we allow it to be.

The five bucks here and there isn’t what makes a moocher so terrible, it’s the fact that they view you as someone they can use. Relationships should always have some give and take. If someone is constantly taking, while giving nothing in return, they’re a moocher.
In many cases you might feel bad for the moocher and want to lend a helping hand. The problem with that is they won’t ever grow on their own and maybe they have no interest in changing. Either way, the outcome is never good for you.
You should always be there for those that are important to you. Just don’t let yourself get taken advantage of. You deserve better than that.

You know those people who refuse to be out-done, no matter the situation? Even in the most inappropriate scenarios they just have to make everything about them.
Here’s an example:
Let’s say you just lost a loved one. You know it’s not the end of the world, but you still want some time to grieve. That’s not too much to ask, right?
Instead of just letting you clear your mind, the one-upper has to assure you that your loss is nowhere near as bad as what they’ve experienced. “You’re grandma died? I’m sorry. I know how you feel though, my Chihuahua passed away two years ago and it was awful! He may have been a dog, but it’s just so much harder when you lose someone that you actually lived with.”
I’ve never met a one-upper who proved to be a good friend in the long run. They only care about themselves.

KW Stout is a copywriter and marketing consultant with a passion for personal development. He is the author of Health Mind Power.