4 Places To Find Inspiration For Your Next Original Idea

Written and Published by Victor Tan on March 17, 2016 - Reviewed by Dumb Little Man 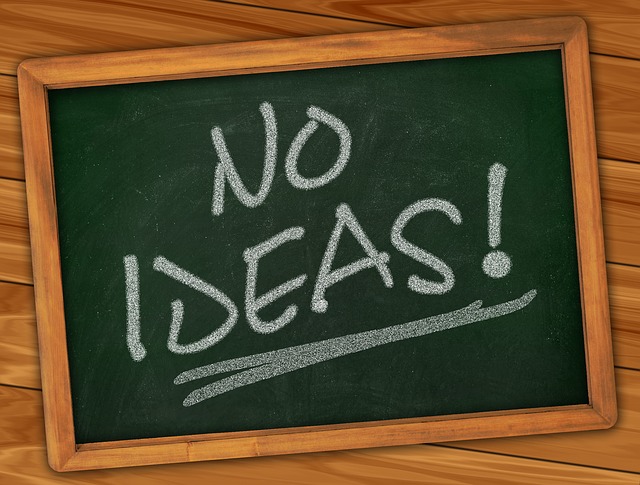 “I could have thought of that!”

You’re thinking that when you see someone or some company come up with an original, innovative idea that changes the world. We always wonder how people come up with these great ideas in technology and the arts, and why we didn’t have that source of inspiration hit us. These people seem so brilliant, and we seem so ordinary. But there’s one thing people seem to forget—something that we are taught in schools from an early age and for the rest of our life. You’re not any different from these thought leaders. Like you, they grew up, they ate the same food, studied the same subjects as you did. But somehow, you don’t seem to come up with the same ideas that these people come up with. Why is that? Is there really a difference after all? Actually, yes. Yes there is. It’s not just one difference. You have many differences between you and the people making changes in the world. But let’s start at the beginning. The ideas. Where are they coming from? Because if you and the thought leaders are the same human being, it shouldn’t be too much of a stretch to find the same spring of ideas that they have. Thankfully, it is not! So let’s start finding out where these original ideas come from. Then you can get inspired and make the change that you believe in.

So where do people find inspiration? Let’s take a look.

A big spring of innovation comes from the problems that you see around you. When something is wrong, we have an instinctive desire to change. When a problem presents itself, we want it to disappear. This doesn’t mean you have to actively throw yourself into situations where problems are rampant in order to motivate yourself. But it does mean that you have to start looking around at what dissatisfies you in life, and what you can do about it. Uber came about because the founders, Garrett Camp and Travis Kalanick, saw a problem with the cab situation in San Francisco. That was the problem they wanted to solve. AirBnB came about because two people needed a way to pay rent, so they rented out some space in order to solve their cash flow problem. That idea later turned into AirBnB. These are problems that led to big ideas. And it wasn’t a hidden problem. People actually saw and experienced these problems. The best part? None of these problems had an overly complicated solution. I’m sure you have problems in your life as well that annoy you. Think about how you would solve them and let your mind flow.

2. The Magic Of Experiencing New Things

Inspiration doesn’t come knocking on your doors if you limit yourself to the things you already know. It’s a scary thought for many people. New and unfamiliar things make our primitive danger sense kick in. Our lack of understanding means we don’t know if it will help us or hurt us. Thankfully, the age of everything trying to kill us is over. Having a new experience, at the worst, will just make you promise yourself never to try it again. New experiences don’t have to be large and fancy either. Nowadays we talk about new experiences only existing in a country that’s not ours. That couldn’t be farther from the truth. There are new experiences around us, even in local areas. You are probably not aware of them because you’ve never thought much about them. You’d be surprised at what you can find. Many people write off what their local community can offer, but almost every local community around the world has something that you haven’t experienced. New activities, new restaurants and new people are all over the place. You just have to go out and find them. This is just as true now as it was then. Thankfully, it will always be true. If you’re a chef and you’re stumped when you’re creating a new dish, go to a restaurant you’ve never been to before and eat the food there. You might discover a connection that you wouldn’t have thought of that’s just what you need to complete the dish. If you’re an athlete and you don’t know how you can improve your running time, go out and try out sports that involve a lot of running. You’d be surprised at what exercises and tips you can receive when you genuinely want to improve. Inspiration doesn’t have to cost thousands of dollars and a few days in a different country. It can be as close by as the park down the street.

3. Look At What Other People Are Doing

Remember the idiom “don’t reinvent the wheel”? We say this when we tell people not to recreate a process where both processes provide the same result. But that doesn’t mean we can’t add to the wheel. Or that we can design a wheel that works for us. Everyone talks about having their own “style”. What everyone doesn’t talk about is how this style came about. If you want originality, you need to find out what’s currently being done. Then decide how you’re going to be different. Musicians do this all the time. You can always find artists who talk about the musicians that influenced them, and how they used that music to create their own style. They loved musicians such as Michael Jackson, Christina Aguilera and Madonna, because they made music and set trends in the industry. These trends and music style helped aspiring musicians see what music was great, and what they could add or change to make their own version of music—one that was uniquely them. Comedians operate the same way. They see the comedians before them and are inspired to be just as funny as they are. Aspiring comedians always listen to how these comedians make people laugh, and then come up with their own material. They see what’s working and tweak a few things here and there to come up with their own style of comedy. You shouldn’t be afraid to look to someone else for inspiration. Only when you see what other people are doing can you truly find your unique style.

4. Listen, Read and Watch What The World Has To Offer

Do you remember a time where you somehow connected two seemingly random ideas together to make one good idea? Everyone has at some point. Chances are, this occurrence came about because you were able to link two different ideas together. But where did you get these ideas in the first place? I’m willing to bet it was from a book you read, a video/TV program you watched or something you heard before. New ideas don’t always have to come from experiencing things ourselves. Often, it’s what our imaginations can put together. Look at fiction writers. You almost never experience what you read in the book (just think Hunger Games), but somehow you can just imagine how creative the experience is. That’s because authors have put ideas together from their experiences and the things that they read so that they find the ideas that stick and put them together. Everyday conversation reflects this, as well. You’ve been in several conversations where you found something new to talk about just because it related to an idea you had read about, what you watched or had heard about before. You’re just putting ideas together from what you have seen before. That’s how inspiration presents itself. The best part about this is that it’s easy for you to develop. Reading more books, watching television programs and listening to more people can open up your world without having you leave your house. I truly believe people should go outside more often, but just because you might not be able to leave a building doesn’t mean you can’t inspire yourself. Books, movies, songs and other forms of media have been our friends since they were created. Visit them sometime, and you’d be surprised at what you can put together.

You’re More Than Capable Of Coming Up With Original Ideas

Victor is a communications writer who loves to help people realize their potential through self-improvement and communication. You can find out more at Spirit On Stage, or Facebook and Twitter.

Get daily tips and tricks from Dumblittleman!
Your subscription could not be saved. Please try again.
Success! You are now a Dumb Little Man! :)
Follow us :
Instagram <span